Battle of the Androids: Which smartphone is best for you? 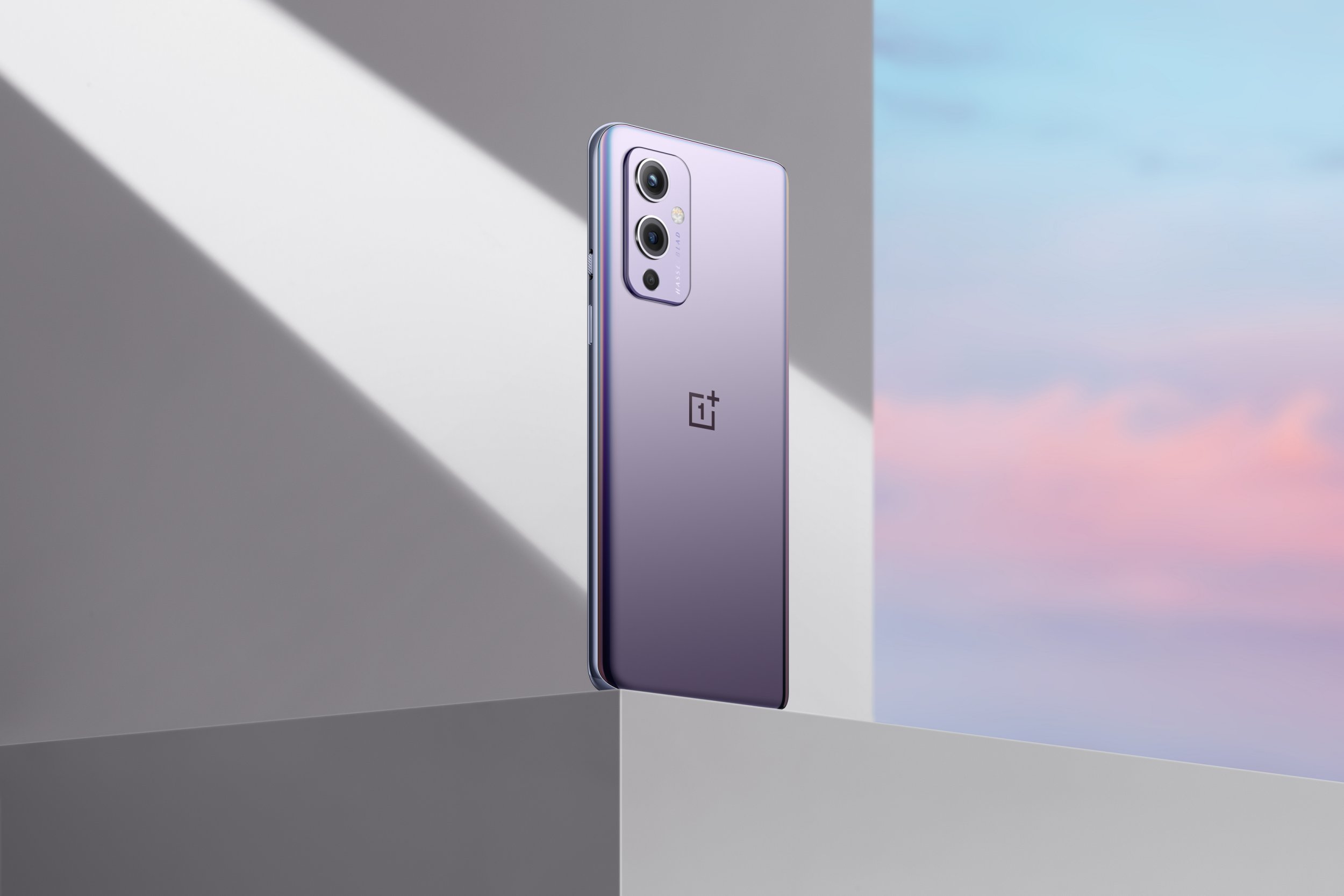 The iPhone has its fans, but there’s a wealth of choice out there when it comes to Android handsets.

Google’s open-source OS has been taken in a range of different directions by several different companies. And it just keeps getting better.

There’s pretty much an Android option for whatever you value most in a phone. Whether that’s affordability or camera performance.

We’ve taken a few of the best for a spin to see how they fare – and broken it down into different categories.

If there’s any we’ve missed or that you think deserve a mention, let us know in the comments below.

With phenomenal power and good looks, chances are that whatever you need, this lovely metal-and-glass sandwich is up to the task.

With a strong emphasis on photography, as you might gather from the iconic Hasselblad logo etched on its glass booty, this camera means business. Its 48-megapixel sensor and 50-megapixel ultra-wide lenses spit out stunning snaps, with impressive brightness and detail in virtually all conditions, while autofocus and optical image stabilisation complement the camera set-up.

It also shoots stabilised 4K video at 120fps and 8K at up to 30fps, and that 16-megapixel snapper around front is more than capable of capturing your good side. Its 8-megapixel telephoto lens with 3.3x optical zoom gets you closer to subjects but disappoints in dimly lit environments. But with a top-notch Pro Mode, this is easily the brand’s best snapper to date.

Overall, there’s little the 9 Pro doesn’t do, it still undercuts a lot of the competition and its decision to up its camera game is a welcome one. Want to know even more about it? We’ve done a full in-depth review right here.

When a smartphone crams in the latest processing power, a 108-megapixel camera and a 120Hz display for smooth swiping/scrolling, then demands a mere £749 for it, it’s hard to ignore.

Impressively, the Xiaomi Mi 11 shares the same 108-megapixel snapper as the Samsung S21 Ultra, alongside a secondary 13MP ultra-wide camera with optical image stabilisation for blur-free photos — so there’s plenty of photographic grunt. For its third sensor, it does things a little differently, going for a talented 5-megapixel telemacro unit with autofocus that does an excellent job of taking mostly detailed close-ups.

Expect detail-rich photos with true-to-life colours, as long as you don’t zoom in or shoot when the lights go low. It shoots stabilised HDR video in up to 4K and captures 8K too but, like the rest, unless you have an 8K TV/monitor it’s not a must-have feature. A 20-megapixel cam tucked away in a neatly placed hole-punch notch is more than suitable for video calls and selfies, portrait shots come out well and there are plenty of modes to play with.

The customisable MIUI 12 OS is heavily modified from the standard Android 11 experience, which is noticeably slick and isn’t bogged down with rubbish pre-installed apps. Its in-screen fingerprint sensor is mediocre and the occasional software glitch lets it down but with a punchy 6.81in 120Hz display, fast wireless and reverse charging, 128/256GB options and handy battery-saving modes, the Mi 11 punches well above its weight and is without a doubt one of the best-value smartphones of 2021.

Sony continues its wonderful tradition of launching phones with a 21:9 design, giving the Xperia 5 II a tall and skinny form factor and unique design edge, even if it is a massive fingerprint magnet.

There’s no 4K screen but it’s rocking a colour-accurate 120Hz refresh-rate screen. That makes scrolling through social media feeds or having a Call Of Duty gaming sesh a visual treat on that 6.1in OLED screen. Slim top and bottom bezels don’t just disguise the selfie camera, they house decent stereo speakers too. Throw in the cinema-like screen and you won’t mind gawping at it for hours.

Shutterbugs will love Sony’s trademark physical camera button for its 12-megapixel triple camera and will also enjoy tinkering with settings in manual mode. The power button and fingerprint sensor have been merged into one, so there’s no in-display scanner, but it’s very quick to bypass the lock screen.

Expect a water-resistant overcoat, serious grunt courtesy of the slightly lower-specced 865 Snapdragon silicon, strong battery life and the triumphant return of the 3.5mm headphone jack. Side Sense, Sony’s customised Android experience, is back too, pulling up a mini menu of shortcuts for smug one-handed use.

As you’d expect from a Samsung smartphone, the S21 Ultra offers everything you could possibly want from a big-screen Android. For starters, an incredible quad camera combo of 108-megapixel and 12-megapixel ultra-wide cameras, alongside dual 10-megapixel zoom lenses for jaw-dropping 3x and 10x optical zoom power, and a front-facing 40-megapixel camera, means you’re armed with one of the most sophisticated smartphone shooters.

Photos are instantly Instagrammable, with lots of detail and vibrant colours. It impresses after dark and takes excellent portrait shots too, and if you like taking mildly exciting pictures of the moon, Zoom Lock keeps things steady when maxing out at 100x.

Autofocus, excellent 4K video capture at 60fps from all cameras, the ability to pull decent photos from 8K video and impressive Pro options complete the line-up.

Running on Samsung’s own powerful internals, performance is as impressive as the Qualcomm-toting competition, and Samsung’s decision to make it compatible with an optional S Pen is a nice touch. But with nowhere for it to go, an optional case is a sensible shout.

Running Android 11 and version 3.1 of its One UI, this is Samsung’s best interface yet. It’s slightly thicker and heavier than the rest, and there’s no charger in the box, but with a stunningly smooth 6.8in 120Hz QHD display with HDR10+ support, excellent stereo speakers, a large in-screen fingerprint sensor, brilliant battery stamina and incredibly fast wired and wireless charging, the S21 Ultra (available in 128, 256 and 512GB flavours) is the Swiss Army knife of smartphones.

Huawei’s dwindling popularity has left a flagship-sized void in the smartphone market and Oppo has done its best to fill it with its ultra-premium-oozing offering.

With a bright 6.7in QHD OLED display and 120Hz refresh rate, the Find X3 Pro 5G delivers on that sharp, smooth experience and certainly looks the part. We’re big fans of its bulge (ahem), which rises seamlessly from the rear and happens to house its triple camera system. That matte finish also makes it the only one here to really repel greasy fingerprints.

A couple of 50-megapixel main and ultra-wide lenses run the show, alongside a mostly impressive 13MP 2x telephoto lens for exceptional snaps with plenty of detail regardless of lighting conditions. For extreme close-ups, its zoomed-in 3-megapixel microlens captures detail you can’t see with the naked eye. Its 32-megapixel selfies and 4K video capture are also spectacular but while there’s plenty of photographic grunt, it’s let down by the lack of a good zoom.

Oppo puts its own stamp on Android 11 with ColorOS 11.2 for customisable gestures and navigation options. Elsewhere, powerful guts means the interface is snappy, apps are responsive and games are buttery smooth.

Chuck in HDR10+ content compatibility, long battery life, quick fingerprint scanning, 256GB of storage and fast 30-minute and reverse wireless charging, and you’re gawping at a phone that comfortably trades blows with top-tier Androids. Want to know even more about it? Check out our full review of the Oppo Find X3 Pro right here.

Snapdragon 888: What does Qualcomm’s processor bring to 2021 flagship Android phones?

Qualcomm is the big name in mobile chipmaking, and its latest creation is the all-powerful Snapdragon 888.

Expect to see this chip at the heart of all the top Android phones this year.

Here are some of the features it brings to the table.

Qualcomm’s ultrasonic in-display fingerprint scanning tech works using sound waves to produce a scan of your fingerprint through the screen, rather than illuminating your print for authentication. This time the scanner offers a much bigger target to ease finger placement for clumsy, fumbling types, as well as faster processing, deploying the sensor to unlock phones even faster.

Creative types will likely take advantage of the new camera-related features, including the triple ISP (image signal processor), which lets devices offer triple concurrency on multiple cameras. What that basically means is that 888-toting smartphones can capture three separate photos or streams of 4K HDR video simultaneously from different lenses to edit from one device.

Advances in AI mean that the chip is able to process far more operations per second than its predecessor, paving the way for more intelligent features, faster task performance and better power consumption. Think impressively fast translation, a speed increase in advanced social media filters and lens load times, and a performance boost to auto focus and exposure using the camera app.

Move over Candy Crush! The 888 chipset offers faster response times and support for 144Hz displays and 144fps gameplay, effortlessly cutting through demanding graphics. Game Quick Touch ensures physical actions are instantly translated too, so whether you’re gaming on-the-go or turning your smartphone into a console and controller for wireless gaming via your telly, you can expect console quality.

This article contains affiliate links. We may earn a small commission on purchases made through one of these links but this never influences our experts’ opinions. Products are tested and reviewed independently of commercial initiatives.