Bethenny Frankel and Paul Bernon met on a dating app

Bethenny Frankel says ‘RHONY’ ‘became not who I really was anymore’

Bethenny Frankel is ‘very excited’ about engagement to Paul Bernon

The former “Real Housewives of New York” star revealed that she met her fiancé Paul Bernon “on a dating app.”

“I was pretty lucky when I walked in and saw him,” she recently told People of their first date after matching with each other. “He had a twinkle.”

And the SkinnyGirl CEO, 50, said that he was better in person than how he came off in his dating profile.

“He came as advertised — better than advertised,” she said, adding, “He overshot the mark.”

While things are going strong for the couple, Frankel has no plans to rush down the aisle.

“We had a [wedding] date but then it felt rushed and this was all we were talking about,” she told Kelly Ripa and Ryan Seacrest on “Live” on Wednesday when asked about their wedding plans. “I feel like I’ve done it wrong so many times.”

Frankel said she and Bernon, 43, want to take their time and let fate lead the way.

“We didn’t want to jump right into the planning mode,” she added “It also feels awkward at my age to be worried about the dress and the whole pomp and circumstance.”

The reality TV star also noted that the COVID-19 pandemic has also affected their plans to tie the knot. 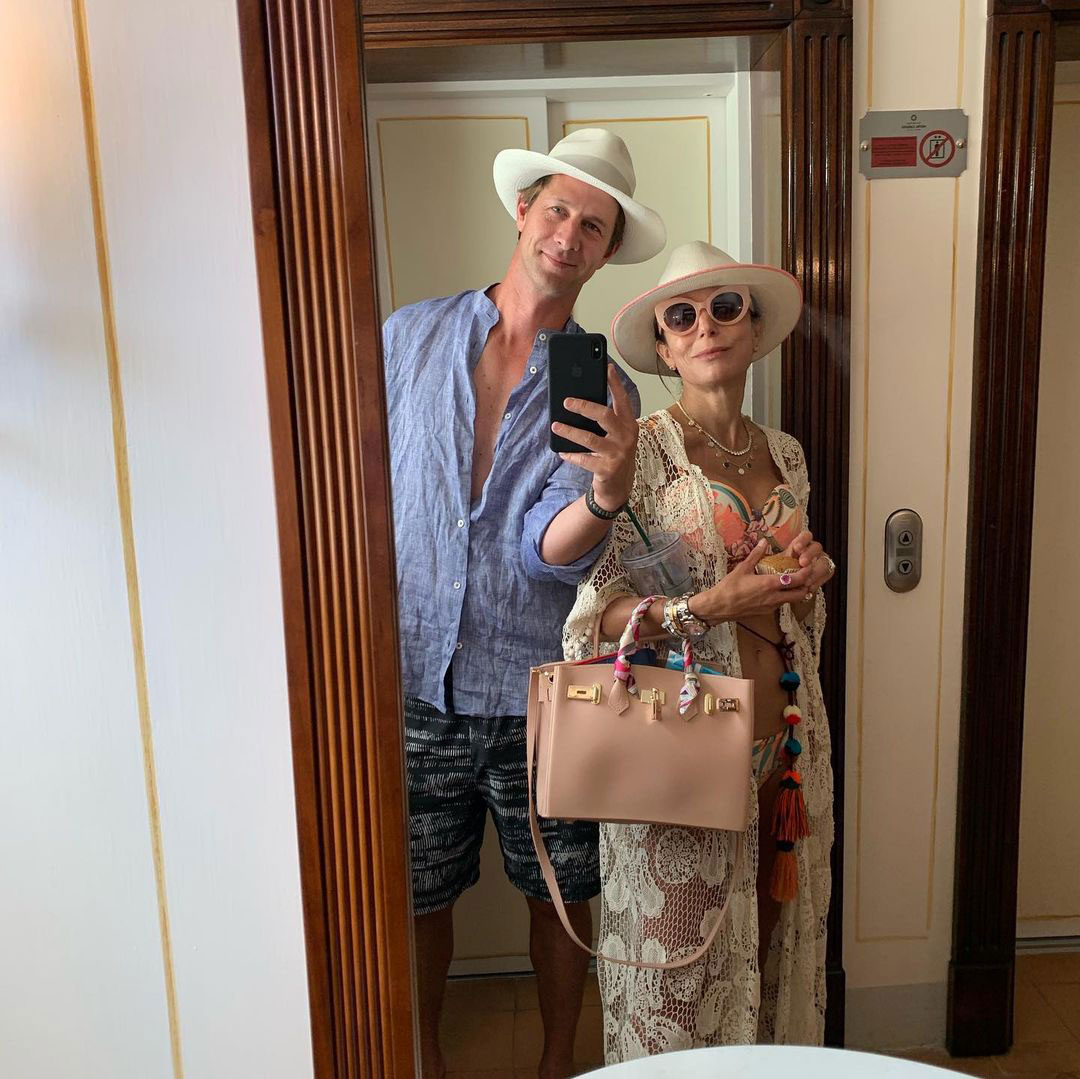 “We also are in a pandemic, it feels weird too,” she said. “Let’s enjoy each other and the moment and force it into what it’s supposed to be.”

Frankel and Bernon started dating in 2018. They got engaged in March, just hours after she and Jason Hoppy finalized their contentious divorce after eight years of battling it out in court.

She and Hoppy, who share 10-year-old daughter Bryn, got married in 2010 but separated two years later. She was also previously married to Peter Sussman in the ’90s.

Meanwhile, Bernon has two kids from a previous marriage.