The new era of Billie Eilish continues – and it’s comfier than ever. Billie ditched her streetwear and slime hair for besties and silky sleepwear, all while mocking foolish boys in ‘Lost Cause.’

Billie Eilish continued her rollout of Happier Than Ever, the eagerly-anticipated follow-up to her debut album, on June 2 with “Lost Cause.” The new song and video arrived on June 2, and it marked a different tone — at least, visually. While “Lost Cause” still sees Billie embrace the confidence and power found on her breakout, “Bad Guy,” this new song is less about being a “seduce your dad” type and more about laughing at f-ckbois. Billie, wearing a range of pajamas and outfits, joins a bunch of friends for a sleepover. 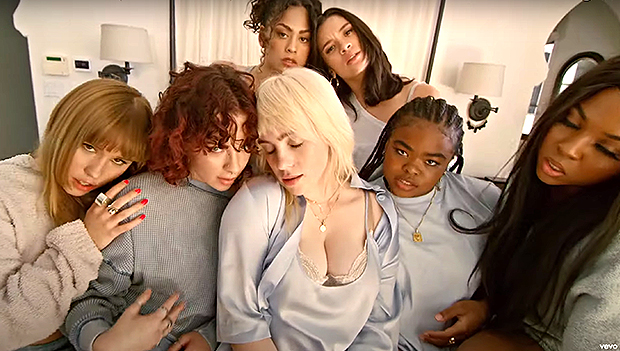 It’s also an opportunity to mock someone who thought they were hot sh-t, but really aren’t. ” I used to think you werе shy / Or maybe you just had nothing on your mind / Maybe you were thinkin’ ’bout yourself all the time,” sings Billie before delivering the knockout line. “I used to wish you were mine / But that was way before I realized / Someone like you would always be so easy to find.” The song expands on Billie’s ghostly vibe, one that is one-half “scorned woman,” one-half “avenging spirit.” Put them together, and you have the latest killer jam from Ms. Eilish. 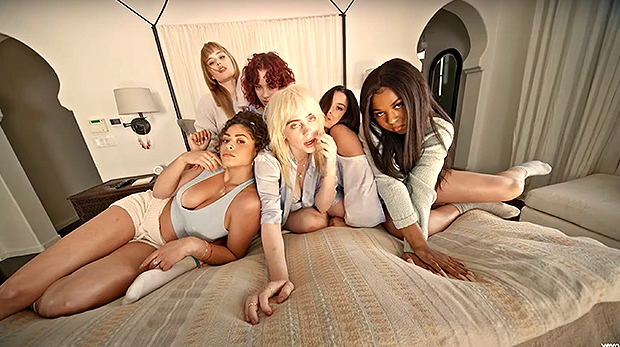 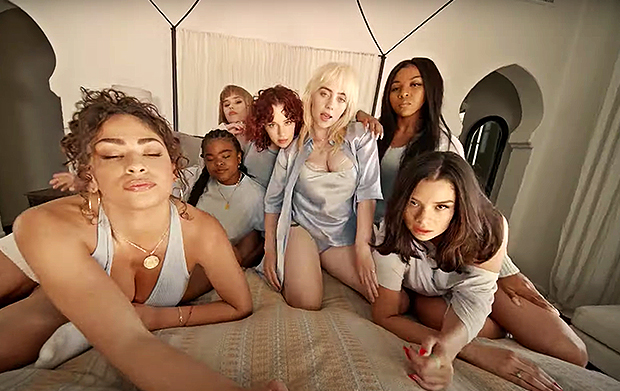 Billie first hinted that this song was coming on Friday, May 28, with an Instagram post. She shared a full-faced mirror selfie, a close-up of her eyes (and blonde bangs), and then a shot of a car’s wheel. “Nothing but a lost cause,” she captioned the IG post, prompting many to shout “LOST CAUSE IS COMING” in the comments section. Earlier in 2021, Billie shared the tracklisting for Happier Than Ever, which included – surprise, surprise – a song entitled “Lost Cause.” Billie formally announced the song on June 1 in a short clip featuring her and the handful of friends in the video. “’Lost Cause’ SONG AND VIDEO OUT TOMORROWWWWW 9AM PT THIS IS ONE OF MY FAVORITES AHHHHHHHH I CANT WAIT FOR YOU TO SEEE.” The attitude and vibe of this clip — the women sing “You think you’re such an outlaw / But you got no job” — made it seem like the spiritual successor to TLC‘s “No Scrubs,” an anti-loser anthem for the new generation. 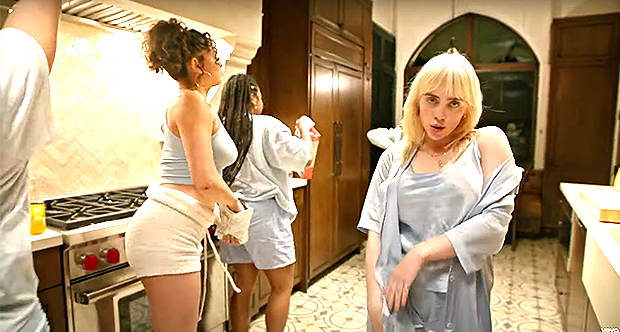 “Lost Cause” comes a month after Billie released “Your Power,” the third single off of Happier Than Ever (previously released “My Future” and “Therefore I Am” will also be on the upcoming album) but the first single after Billie announced that we’d be getting her sophomore release this year. “Your Power” continued Billie’s trademark sound of ethereal vocals over haunting production and debuted at No. 10 on the Billboard Hot 100. Though it didn’t replicate the commercial success of “Therefore I Am,” critics heralded the song for its powerful lyrics and musical composition. 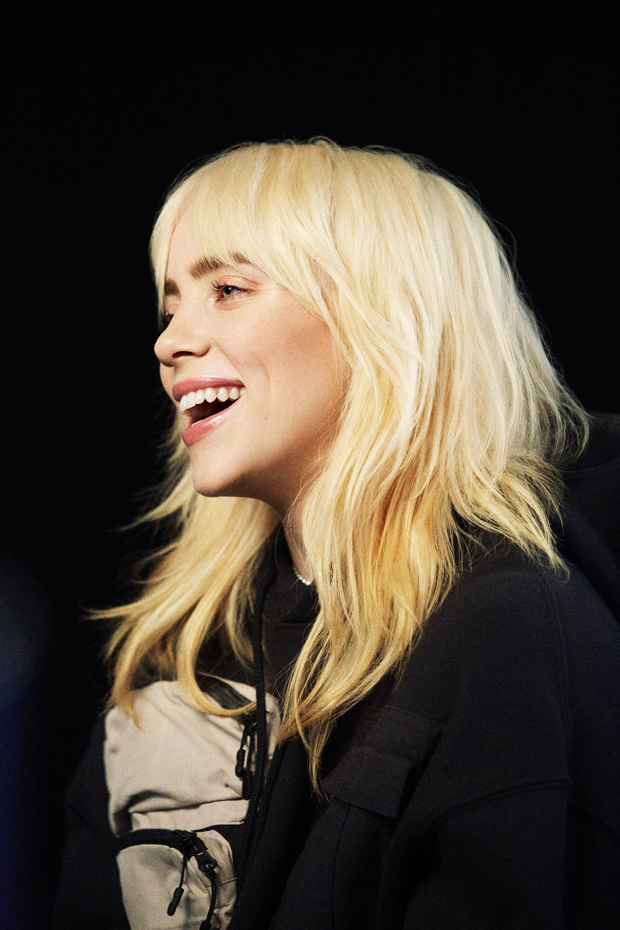 It works in a way that the umpteen hectoring message songs that have cropped up in pop over the last few years don’t, getting under your skin rather than in your face, wrote The Guardian’s Alexis Petridis, while Rolling Stone’s Brittany Spanos said it was an “intimate track” that delivers a “sobering” warning to those (i.e. men) who abuse their power at the expense of others (i.e. women).

“This is one of my favorite songs I’ve ever written,” Billie posted to Instagram the day “Your Power” came out. “ I feel very vulnerable putting this one out because I hold it so close to my heart. this is about many different situations that we’ve all either witnessed or experienced. I hope this can inspire change. try not to abuse your power.”

Happier Than Ever is due on July 30.