This year, fans of speculative fiction and Afrofuturism will see a balloon of comics, graphic novels, film, and TV shows all devoted to centering Black and diverse stories—and Black women will be leading the way.

The next decade-plus will see us taken to worlds and futures where the African diaspora and sci-fi intersect. In most recent years, the hype behind projects like Lovecraft Country, Watchmen, and, most glaringly, Black Panther, have shown that there is a hefty appetite for these visual offerings. But, before running down the block with the Wakandan flag, we must acknowledge that the roots of Octavia Butler’s legacy were budding and growing long before the 2018 film.

“I think the ‘90s was the last time we felt a surge quite like this,” said Tananarive Due, a teacher of Black Horror and Afrofuturism at UCLA and executive producer on Shudder’s groundbreaking documentary Horror Noire: A History of Black Horror. “The ‘90s were just an incredible renaissance for Black art, film, and books. I wish I had discovered Octavia Butler sooner because I would have had a lot more confidence in entering the marketplace.” 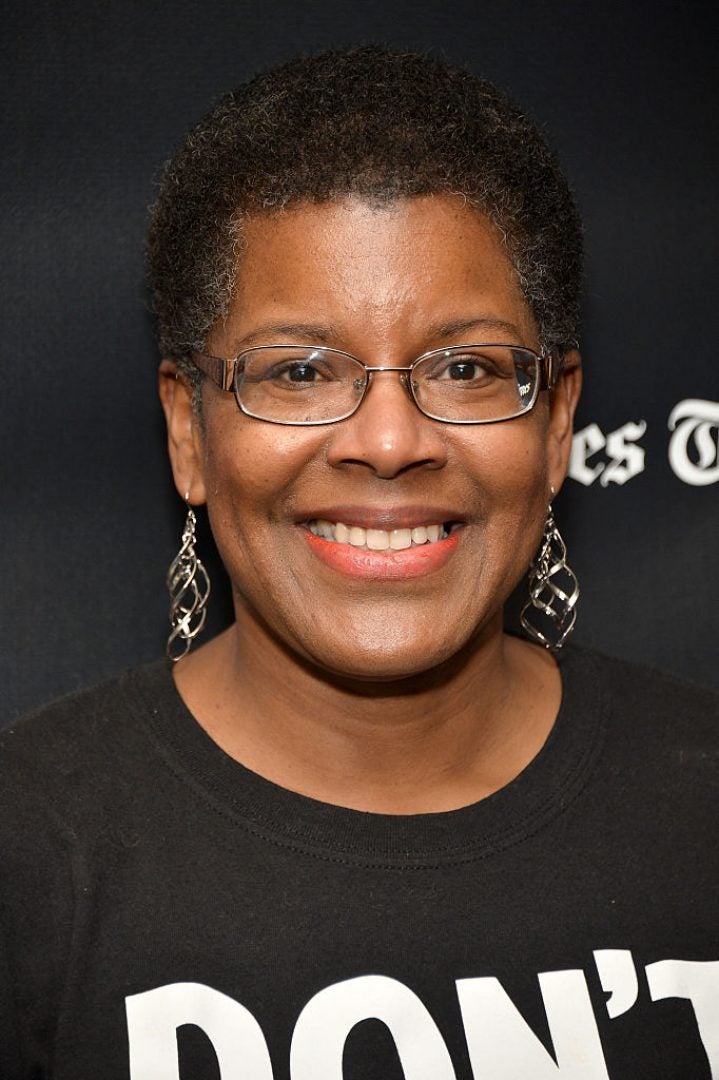 Filmmakers who were pushing the genre forward like Kasi Lemmons with Eve’s Bayou had made an indelible mark, but she and other creators found themselves in a situation where there were little-to-no opportunities to follow up on those early successes. In light of the internet’s bandwidth, the #OscarsSoWhite movement, and the continued calls for change in the Hollywood industry, Black creators took it upon themselves to show Black futurity in a way that cemented our presence in new and imaginative ways.

“Not only have we survived in the future, but we thrived in the future, which is important because some people forget that the original ‘Star Wars’ movie had no Black people in it,” Due shares. “I’m sure that it was not intentional, but what it is is visually erasing our presence. And [that] opens the question, what happened to us? Where do we go in the future?”

Filmmakers like Wanuri Kahiu (2009’s Pumzi), Moon Ferguson (2019’s Juju), Kyla Sylvers (2020’s The Black Banshee) and rising stars like Lovie Simone and Storm Reid are part of a new generation of Black nerds (“Blerds,” a portmanteau of “Black” and “nerds”) that are helping answer that question.

“When I started to develop ‘The Black Banshee,’ I was trying to figure out who I wanted to be as a writer because I was an actor first,” says Sylvers, co-founder of Melanin & Magic Productions. Slyvers created a character based on an African take of the mythic banshee—which is popular in Irish folklore—and ties into her own ancestry. “I’m doing research for the short and I’m learning about African vampires and witches, and all these different themes, and it is my family history,” she shares. “This is me.” 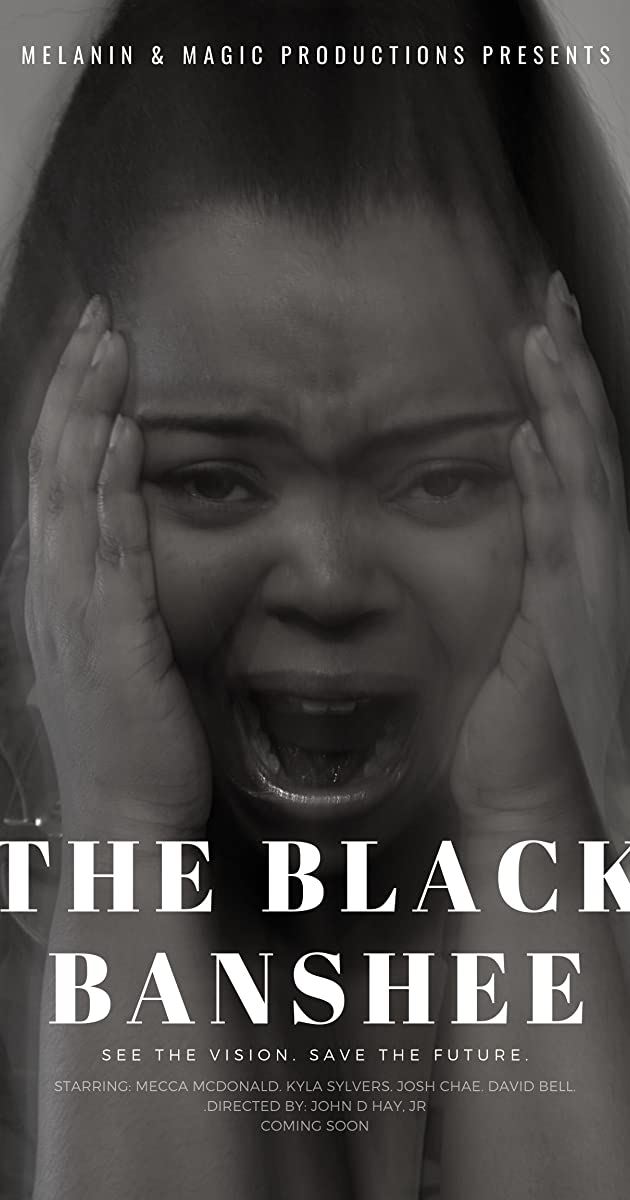 In The Black Banshee, Yvie is a woman with a unique ability to predict any drama that could unfold around her. The text uses mysticism and otherworldly powers to tackle darker, yet real-world themes such as police brutality and racism. Yvie’s predictions—specifically during scenes with police encounters—are so provocative that her work, along with those of the likes of Ferguson and Due—aid in expanding the types of narratives created by Black women filmmakers.

“As many movies as we see about ancient f-cking England, we deserve to see some ancient African traditions and what that influence can be like for Black Americans,” Sylvers says.

It goes without saying that over the past few decades changes to the industry have been for the better of young Black girls and women. Upcoming projects such as HBO Max’s Children of Blood and Bone, adapted from Tomi Adeyemi’s number 1 best-selling novel, and Nia DaCosta and Janicza Bravo’s acclaim as helmers behind Candyman and Amazon Prime’s Them: Covenant — have pushed speculative fiction and Afrofuturism to the forefront in front of and behind the camera.

“Juju was the start of the trend,” Ferguson says. Juju, which began as a web series, was billed as what happens when “Insecure meets Charmed,” and quickly found an audience looking for something a bit “unsafe.”

“I hoped for the show to get picked up, but [even though it didn’t] I do see a trend. Everyone [in different genres] are tapping into their spirituality a bit more, and I believe Hollywood is feeding off of it.”

Adds Due, “There’s this sort of ‘Johnny Appleseed’ aspect in Hollywood where now including strong women is more marketable. We still haven’t seen the last of the ripple effects of Black Panther, and Ava DuVernay’s A Wrinkle in Time, so I am excited to hear more about these projects that people have yet to discover.”

It is a ripe time for Black creators as a whole, and with the aforementioned filmmakers putting numbers on the board, seeing Ferguson, Nikyatu Jasu (Nappy), or Wanuri Kahiu at the helm of shows like Raising Dion or creating a sequel to Kin would be a welcome change. “Black women and nonbinary folx have consistently been leaders in Afrofuturism and speculative fiction stories,” says Danielle Scruggs, founder and editor of Black Women Directors. “Kimberly Drew and Jenna Wortham, who recently edited the book ‘Black Futures,’ show there are strong examples of women who are carrying that tradition forward in their own work.”

It’s been decades since Octavia Butler first encouraged readers to imagine worlds yet unseen. Now Hollywood is beginning to cosign more Black women in these spaces. “I feel like people are excited to see more of how Black people can exist outside of being a supporting character for the white lead all the time,” actress Lovie Simone shares. “I think [with Afrofuturism and speculative fiction roles] they’re going to see that Black women are capable and are able to do so much to continue to tell these types of stories. I feel like we’re definitely getting our time to shine.” 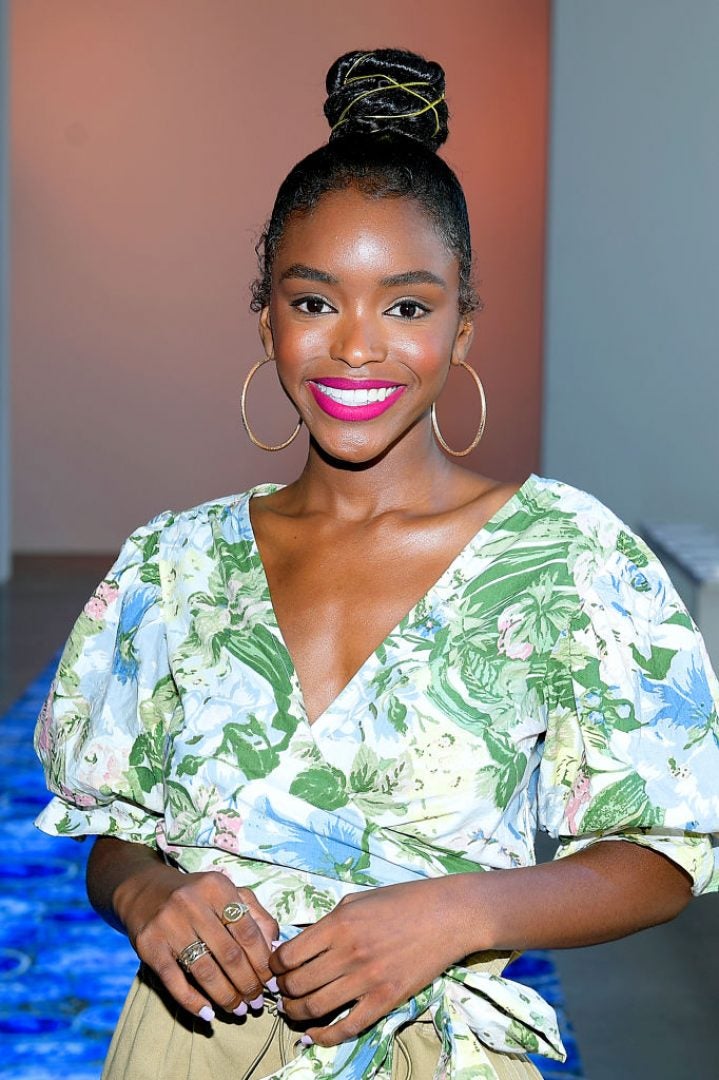 There is a lot more excitement than fear in the air, as the future of Black Girl Magic in cinema is eclipsing old tropes and stereotypes, while making big bank at the box office. Projects are being developed by Viola Davis’ Juvee Productions (Wild Seed) and Ava DuVernay’s ARRAY (Dawn) that build upon the groundwork laid by Butler, Lemmons, and Nnedi Okorafor.

“When Black creators tell stories, they’re trying to tell a version of their truth and white creators have been skewed by their white gaze and experiences to bring [these stories] to the screen,” Due shares. “[With] an increase in Black gatekeepers in Hollywood, writers and creators can actually adapt or create stories that impact the story, the characters, and how they’re depicted on screen.”

The future of Afrofuturism and speculative fiction in Black cinema is made more bewitchingly beautiful with more Black women leading the way to not only tackle issues important to our community, but to help develop, direct, and deem important the stories that give us an escape from the harsh realities of life on Earth.

Kevin L. Clark is a Brooklyn-based freelance writer and curates ESSENCE’s The Playlist. Follow him @KevitoClark.