Be careful what you wish for! Amusing snaps show meal requests that were taken VERY literally – including a ‘shot of espresso over ice’ and a pizza served with an entire chicken

If you’ve ever had instructions for how you like your meal cooked at a restaurant misinterpreted, these photos will be extremely relatable.

Bored Panda has rounded up a selection of hilarious snaps that have gone viral on social media after being posted by amused diners around the world.

Many of the images show people who were given a huge amount of their favourite ingredient because they asked for a little bit extra.

One woman was given a whole chicken on her pizza at an eatery in Israel, while another was served with a sandwich covered in pickles at a Subway restaurant. 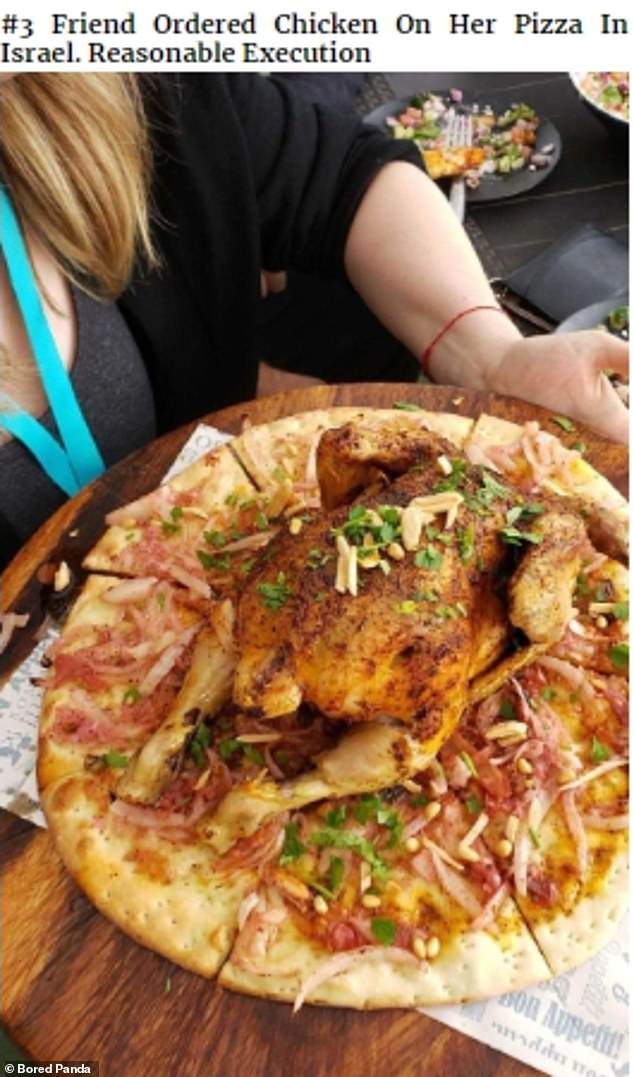 Bon appétit! Bored Panda rounded up a selection of hilarious viral images of people who’ve received their exact order at restaurants around the world, including a woman in Israel that was given a whole chicken on her pizza (pictured) 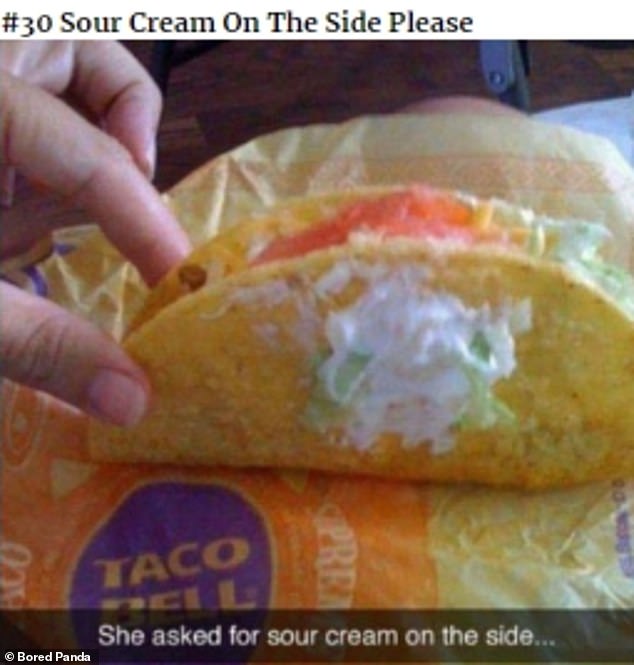 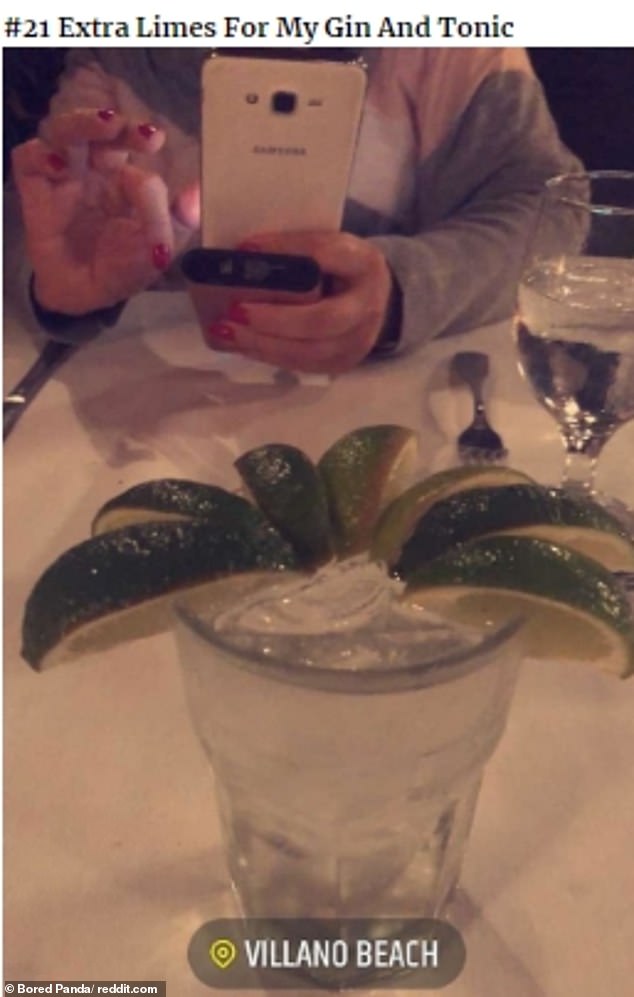 Zingy! A bar in Florida served a gin and tonic with seven slices of lime because a customer asked for extra pieces of the fruit with their drink 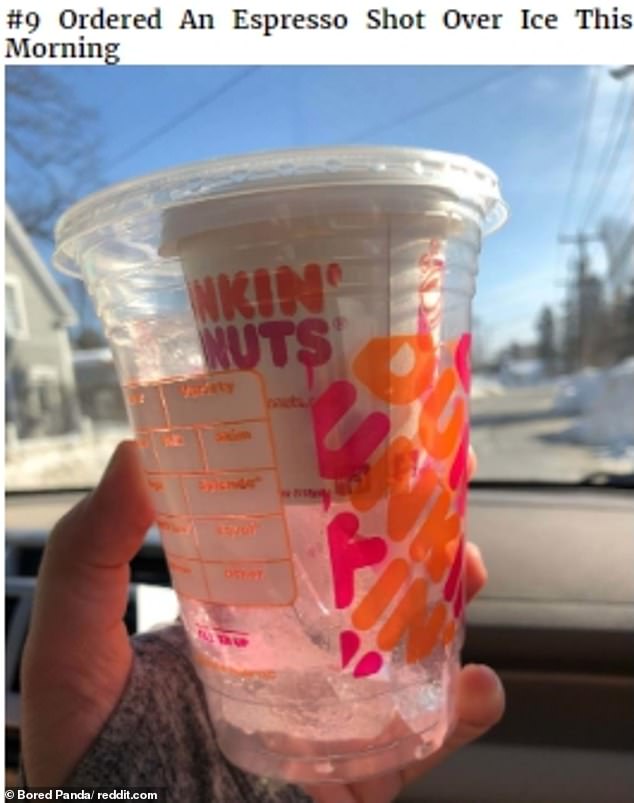 Another individual, believed to be from the US, was served a shot of espresso in a cup placed inside a larger cup filled with ice 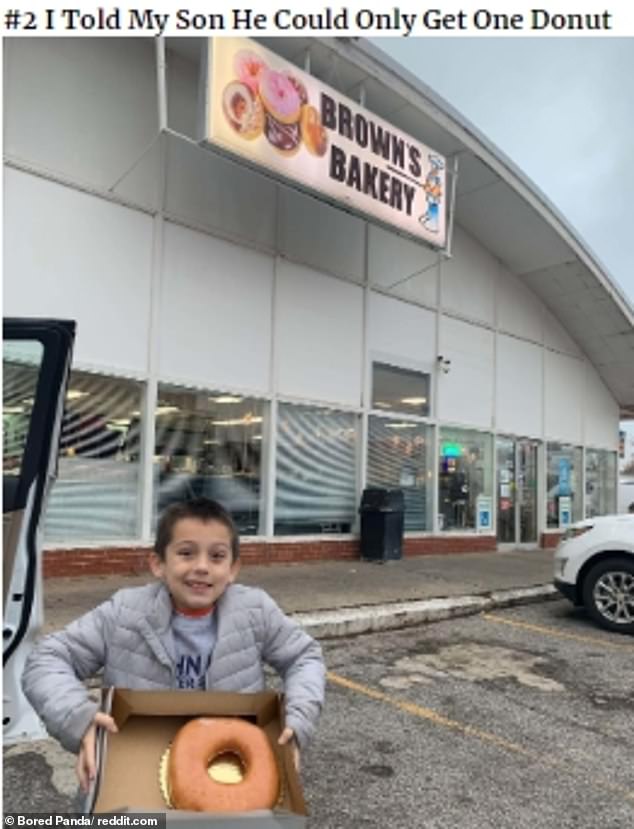 One little boy, believed to be from the US, was told by his parents that he was only allowed one doughnut – and strategically ordered the largest available from Brown’s Bakery 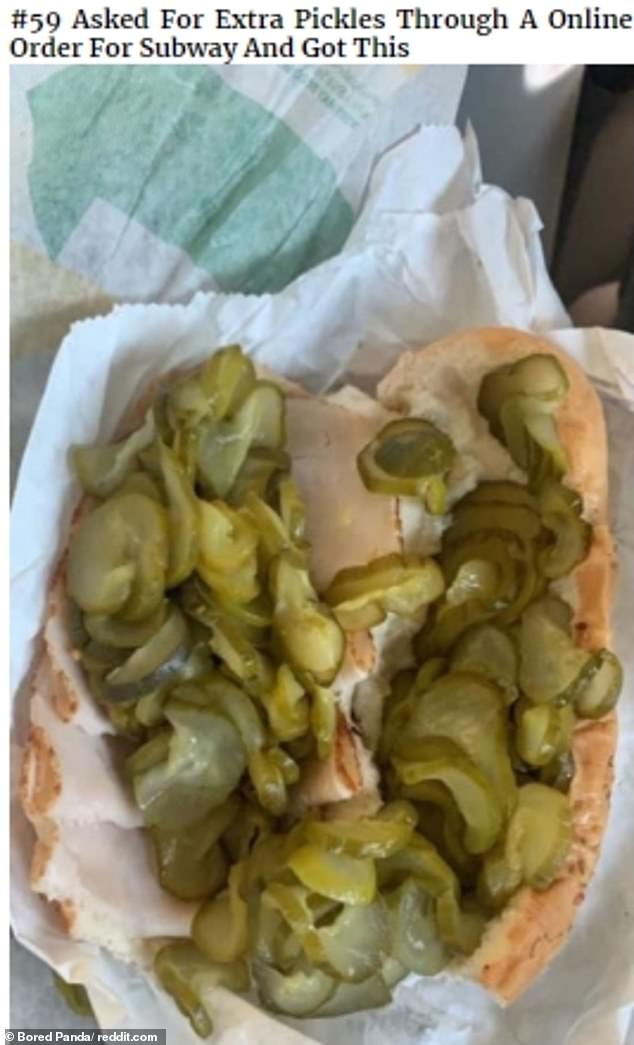 A customer at Subway, from an unknown location, was amused to be served a sandwich covered in pickles after asking for a few extra on their online order 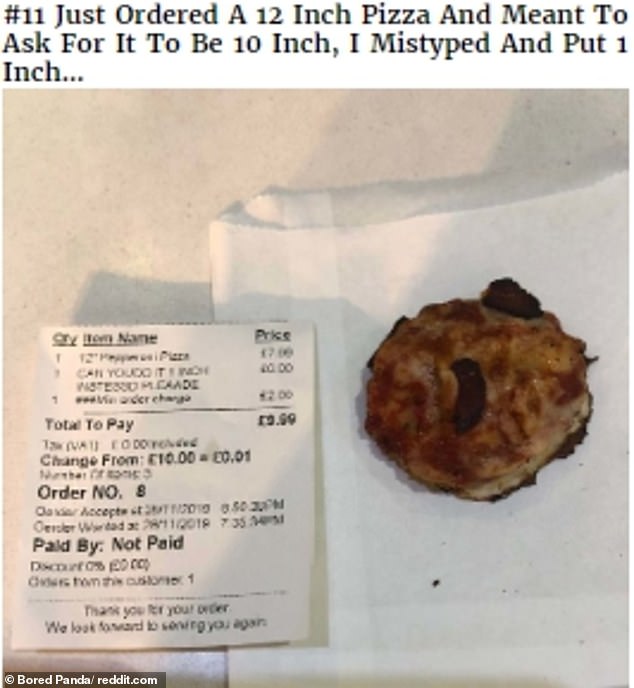 Quick bite! A British customer who accidentally ordered a one inch pizza instead of 12 inch, was amused to receive a tiny pepperoni meal 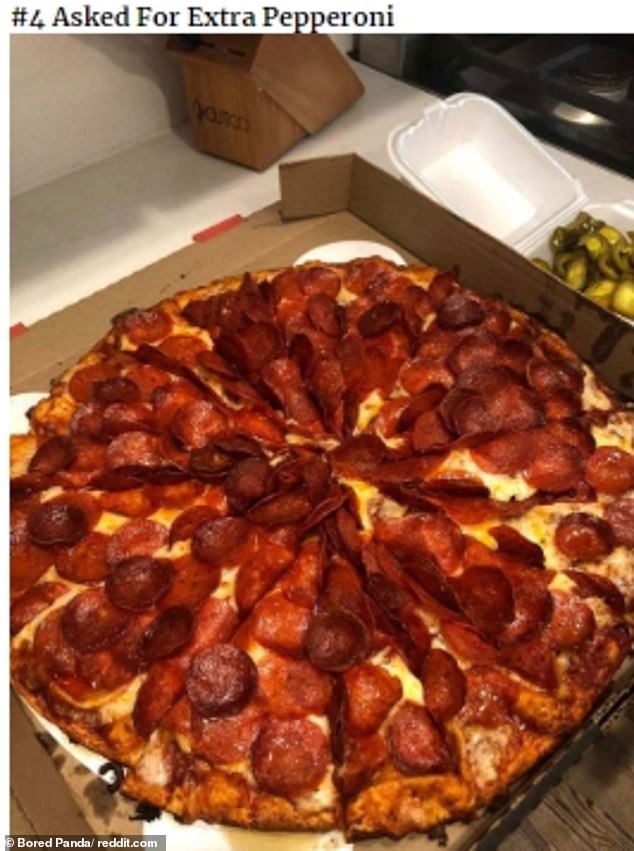 Another person, whose location is unknown, struggled to see the other ingredients on their pizza after requesting extra pepperoni on their order 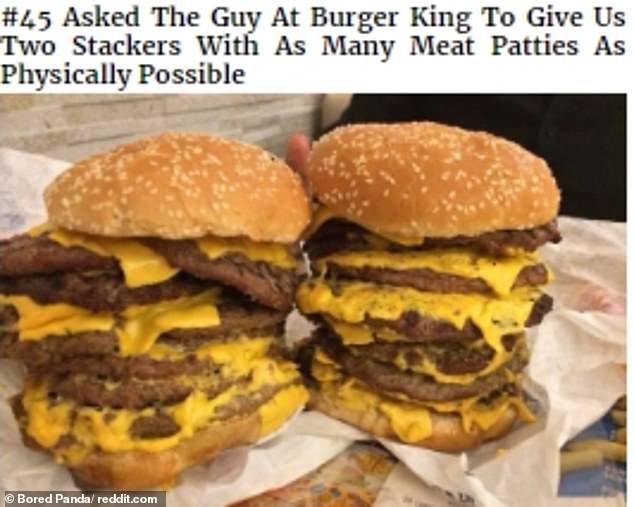 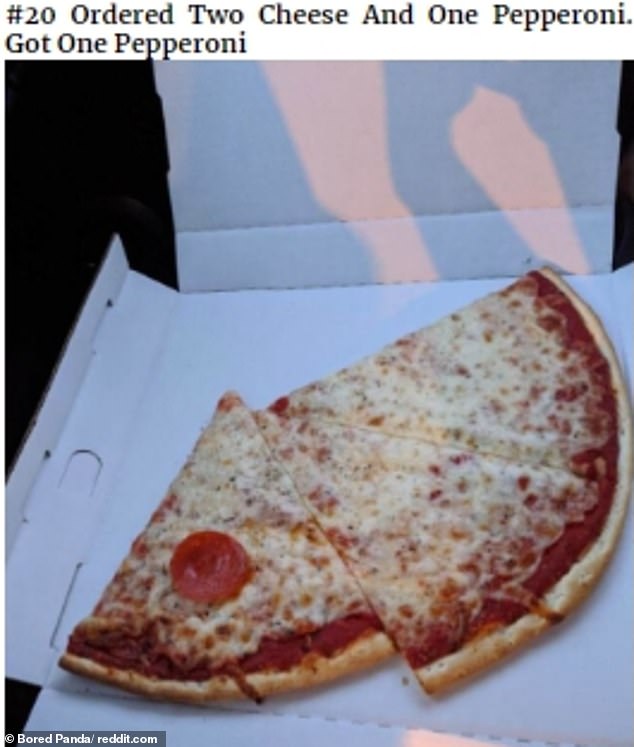 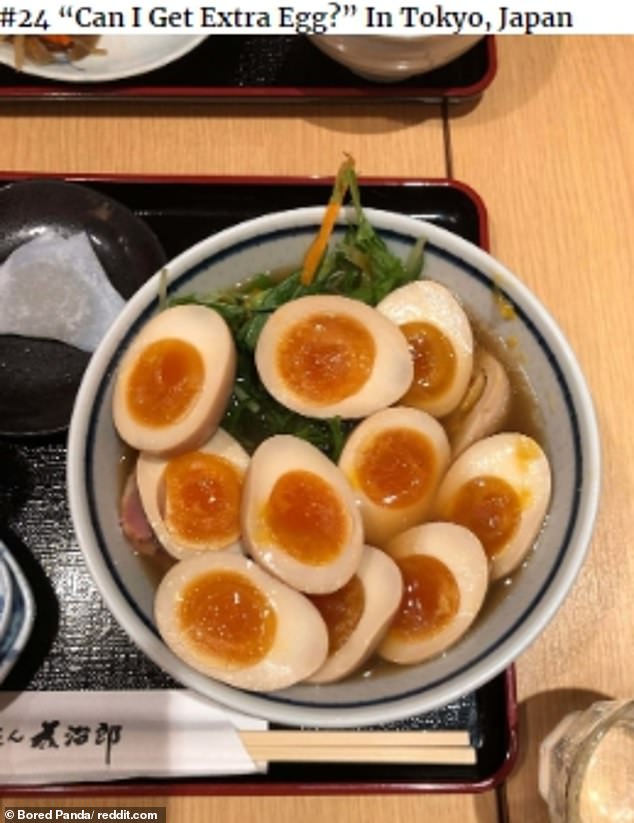 Egg-cellent! One customer in Tokyo, Japan was stunned to receive a bowl overflowing with eggs after asking for a few extra in their meal 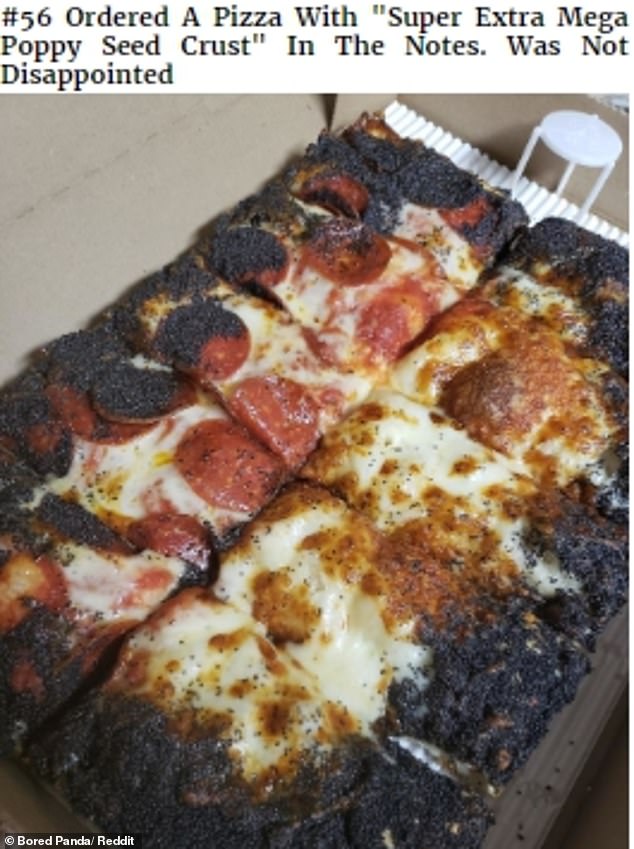