British woman reveals she's in lockdown with her long-lost sister

A woman has told how she is in lockdown with her long-lost sister after flying to visit her in New Zealand for the first time – and says it’s a ‘fantastic silver lining.’

Sue Bremner, 65, from Ludlow, and her husband David, from Shropshire, are stranded in New Zealand amid the coronoavirus pandemic.

But while many Brits have desperately been trying to find the next flight home, Sue is thankful for the opportunity – as it means she has got to spend some quality time getting to know her long-lost sister Margaret Hannay, 71, who lives in Auckland with husband, John.

‘The lockdown has been an absolutely fantastic silver lining for us,’ she said, speaking to the BBC. ‘It’s given us an opportunity to make up for lost time.’ 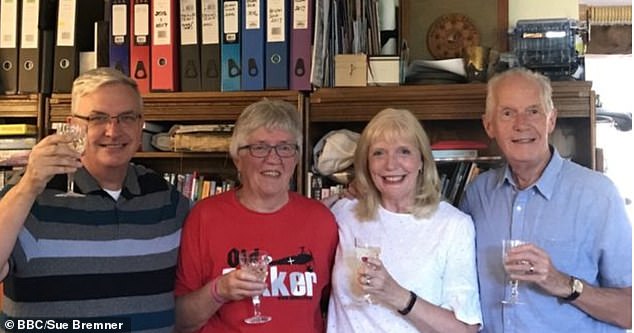 Sue Bremner, 65, from Ludlow, is delighted to have been given the opportunity to be in lockdown with her long-lost sister Margaret, 71, who moved to New Zealand 45 years ago. Pictured, Margaret (second left) met up with her siblings John (far left), Sue and Lawrence (far right) for the first time last year 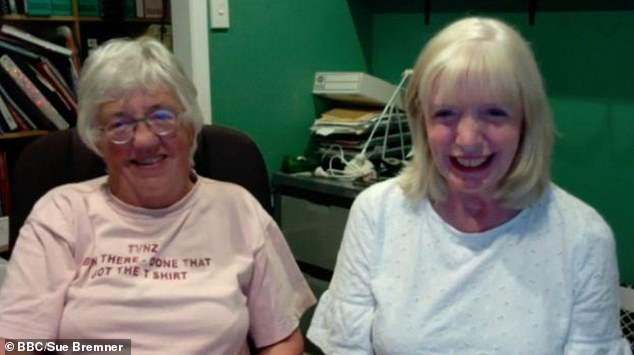 Margaret was never fussed about tracking down her birth parents until she considered the idea of having siblings. Pictured left, with sister Sue, right

Sue wasn’t aware that her sister existed for over 40 years, as Margaret was given up for adoption by her mother – who had a short relationship with Sue’s dad in 1948 – at the age of two weeks.

The siblings first met each other last year when Margaret decided to reach out to Sue in the UK.

Following this, Sue and her husband planned a two-month trip to New Zealand and Australia on 5 March, where she planned to see her sister for a second time, but just two weeks later, the country went into lockdown.

Struggling to get back to the UK following two cancelled flights, Sue and her husband have since been staying with Margaret and John.

‘We’ve been having a wonderful time here,’ said Sue. ‘We’ve been spending lots of time together drinking wine and cooking and having fun.’

In 2000, Sue’s father informed her he’d had another child with another woman before he had met her mum, which was the first time she was made aware she had a sister. 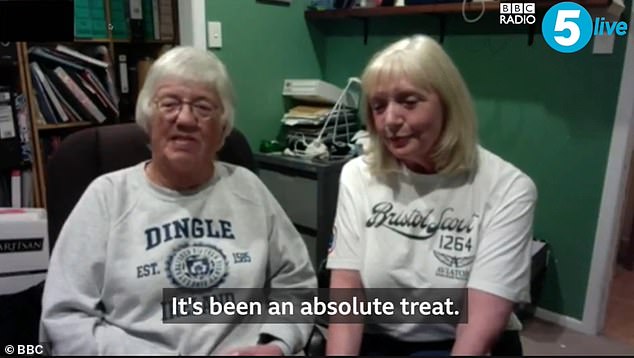 Sue (right) says the pair have been spending lots of time together drinking wine and cooking and having fun. Pictured left, Margaret

Sue says her dad was very interested to know whether she would be embarking on a search to find her long-lost sister, as he was eager to let her know she had been in his thoughts every day since she was given up for adoption.

But after reaching out to the General Register Office and spending hours searching across social media, Sue was given the devastating news that she wouldn’t be able to learn more about her sister unless she got in contact.

Despite always knowing she was adopted, Margaret wasn’t fussed about trying to find her birth parents until last year, when she started thinking about the possibility she had siblings.

Just like her sister had years earlier, Margaret made contact with the General Register Office and two weeks later, they handed over her sister’s contact details, and Sue sent her an email.

‘Receiving that email was like winning the pools,’ said Sue, speaking of their very first means of communication. ‘I would’ve loved to have told my dad but I just kind of feel he’s inside me and he knew it was happening.’

Margaret and Sue also have two brothers, Lawrence and John Connell, and they all met for the first time in the UK last year.