HONDA have celebrated their new deal with the Rugby Football Union by placing a number of cars in the shape of rugby posts.

It was done to announce their new multi-year agreement to be the RFU's Performance Partner and Official Vehicle of England Rugby. 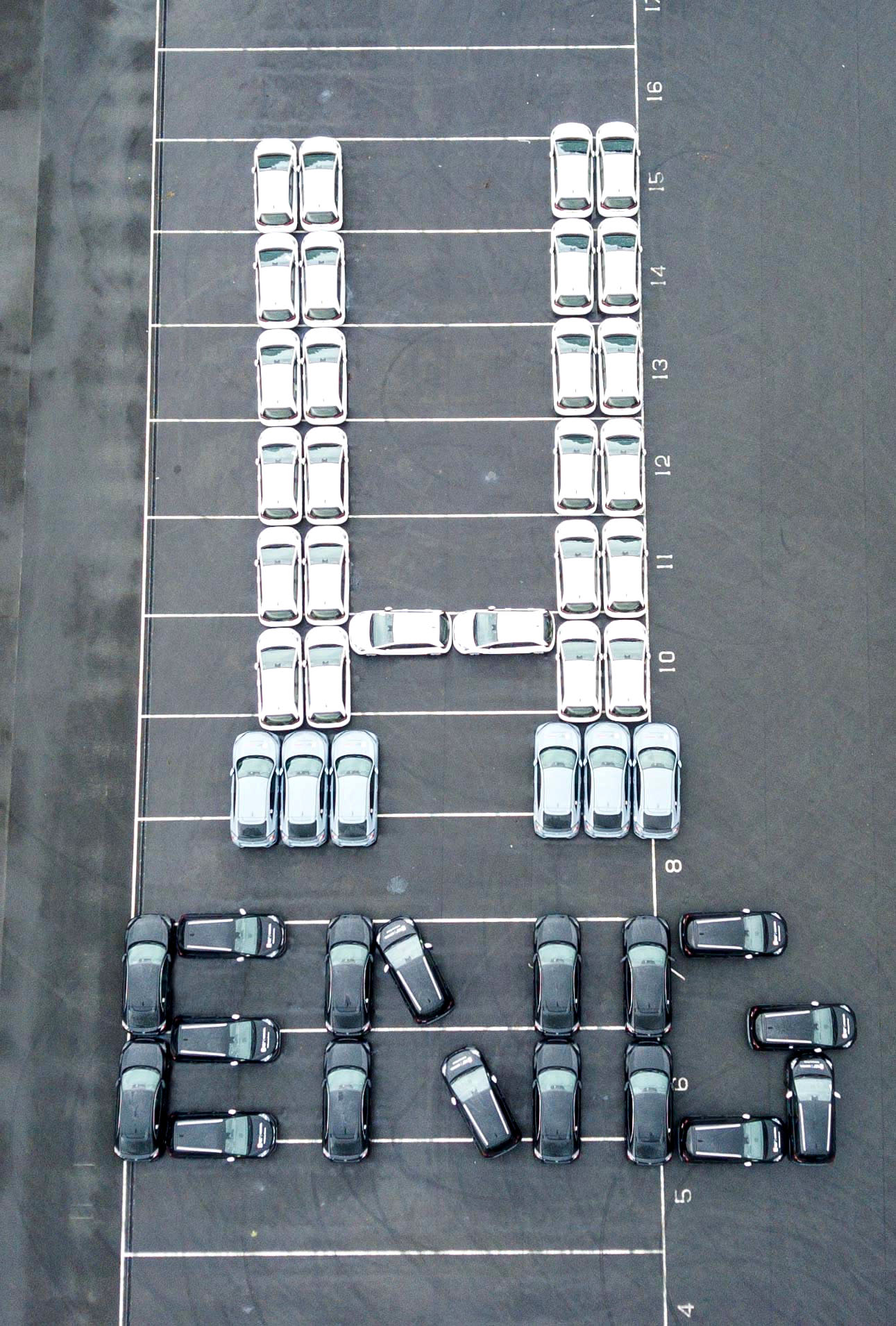 A series of striking aerial images show the vehicles in the unique shape at the motor company's mass distribution centre at Portbury Docks, Bristol.

The Japanese company used 49 different Honda's models, including the Jazz Hybrid, Jazz Crosstar and Civic, to create the shape of a 100ft long set of rugby posts.

And to top it off, they positioned some more motors below to spell out ENG.

Rebecca Adamson, Head of Automobile, Honda UK, said: “We are thrilled to announce this exciting new partnership with The Rugby Football Union.

“On a brand level, there are huge synergies between Honda and England Rugby.

"And we truly believe it’s a partnership that supports our own philosophy of giving everyone the ‘Power to Dream'.

"And we’re all very excited to see what the next few years will bring.

“For a bit of fun, we thought we’d turn our large car park at Portbury into a giant set of rugby posts which could be visible from quite a distance.”

Their long-term relationship officially begins today, just in time for the start of the new rugby season.

The car manufacturer will also provide the official vehicle fleet to England Rugby and its employees.

There will be a major focus on sustainability in this area, with the majority of the cars supplied having a degree of electrification.

RFU Chief Executive, Bill Sweeney, added: “We are delighted to confirm Honda UK as an Official Partner of the RFU and England Rugby.

“Honda is a massive global brand well-known for its innovation and we are certain it will be a great fit for us.

"Honda’s global brand positioning is enabling ‘the Power of Dreams’ and ‘challenging spirit’ which is synonymous with our own.

“We look forward to working with Honda on what will no doubt be some exciting partnership activations over the next four years.”