More than 100 charities and non-profit organisations from Anglicare to Amnesty are urging federal Parliament to scrap rules aimed at stopping their resources going to unlawful acts after a report found they could cost up to $150 million in their first year.

The welfare, advocacy and aid groups operating under the banner Hands Off Our Charities commissioned a report on the likely bill for the legal, training and administration costs of the laws before a likely vote in the Senate this month on whether to negate them. 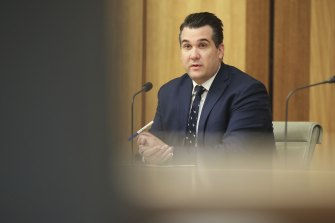 Consultancy ACIL Allen found an upper estimate of costs was $150 million in the first year, followed by an annual impost of $40 million. A more conservative estimate showed a $78 million hit in year one and $24 million annually thereafter.

“Not only will these changes crack down on the free speech of charities across Australia, the burdensome red-tape will affect service delivery.”

The new rules state charities must have reasonable internal control procedures to ensure their resources are not used to promote another entity’s actions or omissions that could amount to a set of unlawful things, such as trespassing.

That broad sweep has prompted fears in the charity sector that relatively minor infringements as part of a protest, for example, could be caught by the rules.

Assistant Treasurer Michael Sukkar defended the rules, which have not come into force yet, saying Australians expected their support for charities to go toward good works rather than unlawful activities.

The charities and not-for-profits commissioner would be empowered to investigate charities engaging in or promoting theft, vandalism, trespass and threatening behaviour under the regulations, Mr Sukkar said, adding the regulator would do so proportionately.

“The revised governance standard does not impose a new burden on charities as they are already required to follow Australian laws,” Mr Sukkar said. “Acting lawfully protects a charity’s assets, reputation, and the people it works with. Charities will still be able to undertake advocacy activities consistent with their charitable purpose, provided it is conducted lawfully.”

An explanatory statement issued by Mr Sukkar when the new rules were unveiled estimated their cost would $1.4 million for 9500 large charities. That figure is based on an assumption the charities do a one off, two-hour review of their processes while the vast majority of charities will not need to do anything to comply.

“In addition, a handful of activist charities who engage in unlawful protest action will need to review their internal controls and potentially curb their activities where their conduct is unlawful,” the statement says. However, it says they are so few that the costs will be “immaterial”.

But ACIL Allen’s report says based on a survey of charities much more work will be required to comply with the rules across the sector. It says charities believe they will have to review the laws, check if their processes comply, train staff, and do extensive due diligence before partnering with other charities. Some of that will require expensive lawyers, meaning a much higher overall cost.

The Liberal-led parliamentary committee that examines regulations recommended in late September that the new charity rules should be thrown out because of free speech and regulatory overreach concerns.

Unlike laws, regulations can be determined by a minister without Parliament’s approval. However, the Senate can reject them with a majority vote, scheduled for October 18 in this case.

Charities and not-for-profits are already banned from doing anything that is a serious criminal offence or a breach of civil laws that attracts a fine greater than $13,320.

Our Breaking News Alert will notify you of significant breaking news when it happens. Get it here.