Cineworld pins hopes of a COVID recovery on 4D cinemas

Cineworld pins hopes of a COVID recovery on 4D cinemas featuring moving seats, smoke machines and ‘movie smells’ to entice people back to the big screen

The smell of burning rubber, water sprayed in your face, a moving seat and surround video are among the measures cinemas hope will get you through their doors.

The UK’s largest cinema chain, Cineworld, is among theatres pinning their hopes on more immersive experiences as part of its Covid lockdown recovery efforts.

Cineworld plans to roll out its 4DX immersive auditoriums and Screen X 270-degree ‘surround video’ screens to about 30 per cent of its 99 UK cinemas.

The move comes as cinemas begin to show delayed blockbuster films for the first time in months after coronavirus lockdown measures forced them to shut.

During lockdown a number of production and distribution companies began offering their new films for a fee over streaming platforms like iTunes, Sky Store and Amazon. 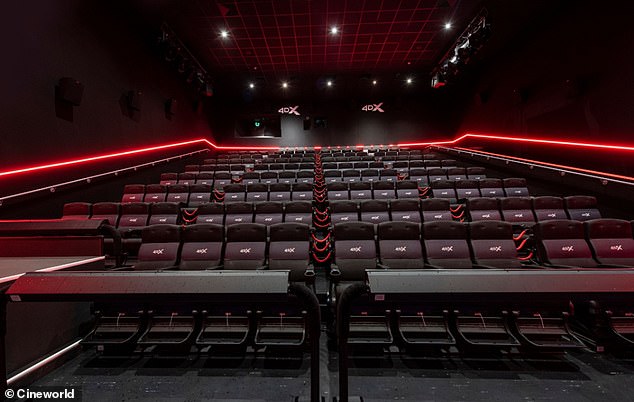 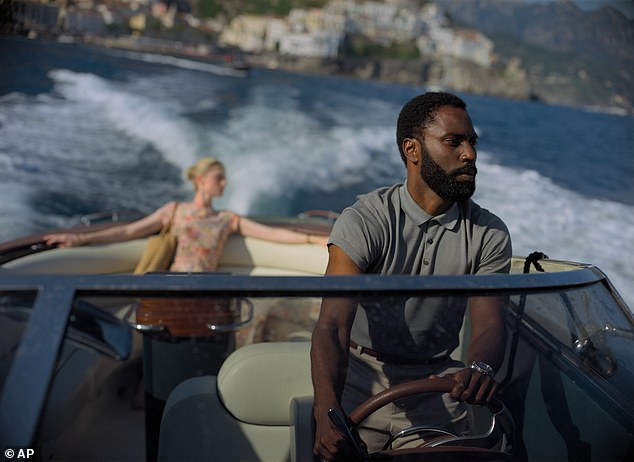 Elizabeth Debicki, left, and John David Washington in a scene from ‘Tenet’, one of the first major releases after cinemas reopened from lockdown

The latest digital first release is the live-action remake of Mulan, which will be available to stream on Disney+ for $29.99 – a UK release hasn’t been confirmed.

Mooky Greidinger, CEO of Cineworld said the immersive move would bring ‘added value and additional excitement’ to the big screen that can’t be replicated at home.

The auditoriums are designed to make viewers feel like they are part of the experience happening on screen and also include scents from the film.

‘I think there are many items that are going to bring people back to the big screen from the small screen but one of them for sure is 4DX,’ Greidinger told The Times.

One of the first big budget movies to come back to cinemas will be spy film Tenet that was written, directed and produced by Christopher Nolan.

It stars John David Washington, Robert Pattinson, Michael Cain and Kenneth Branagh and will not be available digitally at the same time as the cinema release.

Greidinger says the movie will be a ‘turning point’ for people returning back to the big screen and demonstrate the value of the exclusive cinema release window.

‘Once the results of Tenet start coming out it will be an added incentive to others to release their movies,’ he told The Times.

‘It is a little like the chicken and egg. Every big movie now costs anywhere between $150 million and $200 million. It is a very big risk for the studios.’

‘Somebody once described the release in the cinemas as the locomotive which is taking the whole train behind it,’ he said.

Greidinger told The Times that with 4DX you can feel the train actually moving.

He said he planned to continue blacklisting – banning from his screens – any movie that isn’t given an exclusive cinema release window before appearing online.

It isn’t just the latest blockbusters that will be shown on the ‘immersive screens’, according to the cinema chain, adding older movies will get a first 4DX release.

The firm re-opened across the country after lockdown with the first-ever 4DX screenings of Harry Potter films and Jurassic Park. 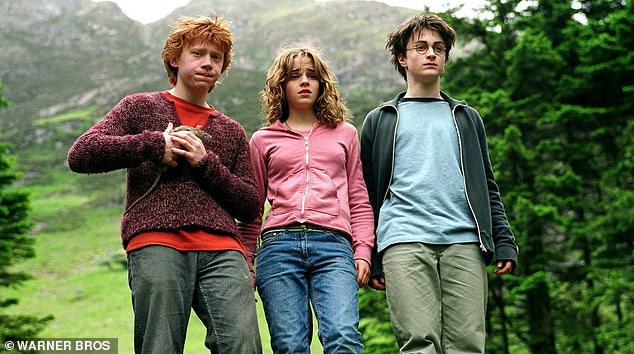 A shot from Harry Potter and the Prisoner of Azkaban, the third film in the successful series based on JK Rowling’s books and included in the 4DX release schedule 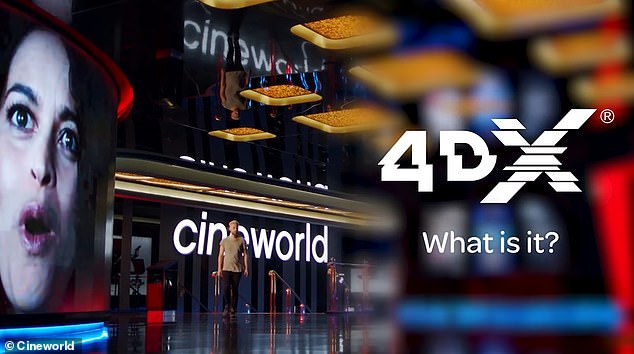 These immersive techniques are all ‘timed to precision’ to enhance what’s on screen and ‘put audiences inside the movie’.

First adopted in South Korea in 2012, 4DX is the latest attempt by cinema operators to attract film viewers amid the growing popularity of online subscription services like Netflix and Amazon Prime.

The standard is designed to give paying audiences an experience they would never get sitting in front of their TVs at home.

Rather like the immersive 3D ‘rollercoaster’ rides at theme parks and museums, 4DX moves viewers around in their seats in time with the action on the screen.

The coronavirus pandemic and measures to slow it all but paralysed cinema chains which were already struggling thanks to competition from streaming services.

Universal pictures has already confirmed it had enough success with digital first releases during lockdown that it plans to continue to offer blockbusters online at the same time as they are in the cinema even after Covid-19.

THE DOS and DON’TS of 4DX

– Stay focused on the movie and be prepared for sudden special effects.

– Sit upright and keep your feel on the footrest.

– Ensure that your belongings will not fall, spill, leak, blow away or stain. Items that are not properly secured may directly interfere with the 4DX special effects.

– Remain seated at all times unless you are getting up to leave the auditorium.

– Keep liquids in a covered cup and avoid consuming during the special effects.

– Use caution when drinking hot beverages.

– Get out of your seat unless you are leaving the auditorium.

– Get close to the special effects units, especially the blowers or jets.

– Bring valuables into the auditorium. If you choose to bring personal property into the auditorium, please adequately secure and protect your property. Personal belongings must not be stored in the space between the seats or obstruct the aisles.

– Put your arms or legs in between the seats.

– Stand on the footrests and using caution when getting on or off the 4DX motion chairs.

– Sit your child on your lap. All children must be seated next to their accompanying guardian.