Company tax battle over as countries look to post-COVID recovery

It seems an eternity ago in these post-COVID times, but only five years ago then treasurer Scott Morrison promised a decade-long series of company tax cuts.

By 2026-27, he promised, every business would pay 25 cents in the dollar on their profits as part of a plan that was painted as vital to the nation’s ongoing prosperity. 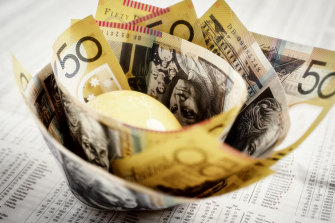 “If we wish to continue to see our living standards rise with more jobs and higher wages, we need to ensure our tax system encourages investment and enterprise,” he said on budget night 2016.

The following year, newly installed US president Donald Trump rammed through Congress a plan to slash America’s corporate tax rate to 21 per cent from 35 per cent in a move he claimed would increase average household income by $US4000 ($5240).

But the promise of economic security and wealth delivered via company tax cuts now appears to have gone the way of Milli Vanilli’s pop career.

Governments have recognised the theory behind corporate tax rates – that they will encourage businesses to invest and expand, boosting their incomes and so the wages of their staff – is broken.

As the new US Treasury Secretary Janet Yellen noted in a discussion paper about the Biden administration’s corporate tax plan, the share of national income flowing to capital continues to grow while the share going to workers continues to fall.

It’s a similar story in Australia. Where the capital share of national income climbed to a record high of almost 40 per cent, it fell to almost 50 per cent for workers.

The Morrison budget of 2016-17 predicted a surge in wages growth as profits flowed back to workers. Instead, wages spluttered to the point they hit a record low rate of growth.

Yellen, a former chair of the US Federal Reserve, and President Biden now plan to increase America’s company tax rate to 28 per cent from 21 per cent.

To borrow from the Cold War, the race by countries to slash their corporate tax rates has become MAD – mutually assured destruction.

According to Yellen, by fighting a battle on company tax, America (and other rich nations) are losing the war to skill their workers and deliver ordinary services and infrastructure.

“Our tax revenues are already at their lowest levels in generations, and as they continue to drop lower we will have less money to invest in roads, bridges, broadband and R&D,” she said.

Morrison’s own corporate tax plan has changed remarkably since 2016.

He strengthened the process of targeting multinational businesses and local companies with their creative approach to payable tax while in 2017 he slapped a levy on the nation’s largest banks.

Much of the government’s COVID business support was in the form of full asset write-offs or wage subsidies. Again, direct intervention for which the government can claim credit rather than leaving it to the whimsy of corporate tax relief.

Even the business community knows the tune has changed. Submissions for this year budget don’t even mention corporate tax relief.

The company tax cut high tide has been reached. It was ebbing pre-COVID and now it may be racing out.