HollywoodLife spoke EXCLUSIVELY with ‘Cruel Summer’ stars Olivia Holt and Blake Lee about the relationship between Kate and Martin behind closed doors and what to expect in the season finale.

More layers behind what led to Kate’s captivity were revealed during the penultimate episode of Cruel Summer. Kate went to Martin’s house willingly at first, but his grooming and gaslighting tactics manipulated her into thinking he was her safety net. Kate and Martin formed a romantic relationship while Kate stayed inside his house for months. When she wanted to leave and go back to her life, Martin refused to let her go. He locked her in the basement, and she was powerless over him.

HollywoodLife spoke EXCLUSIVELY with Olivia Holt and Blake Lee about exploring the complexities of grooming and the unfair power dynamic between Kate and Martin. Olivia also opened up about Kate’s “guilt,” and Blake weighed in about what was going through Martin’s head when he locked Kate in the basement. Plus, Olivia teased a moment between Kate and Jeanette in the season finale that will “change everything.” Read our full Q&A below: 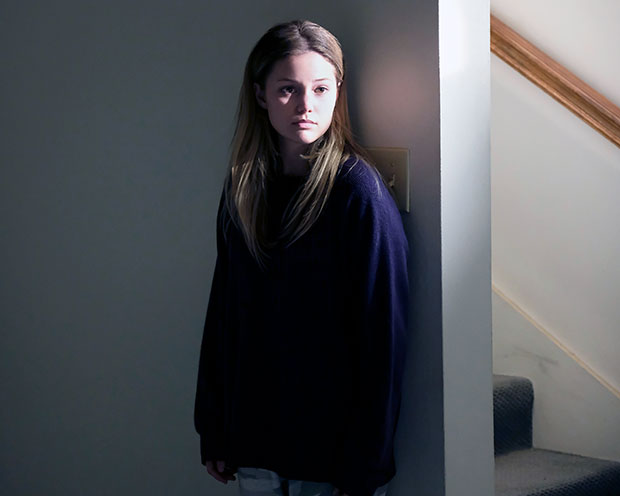 Student-teacher relationships or student-authority figure relationships are often and mostly romanticized onscreen. The concept of grooming is almost completely ignored. What kind of research did you both do to prepare for that exploration of this emotionally manipulative and toxic relationship between Martin and Kate?
Blake Lee: We’ve said this before, but the whole process was so collaborative. Tia Napolitano, our showrunner, kind of had an open-door policy where it was just a constant, open dialogue. Olivia and I, especially for this episode, talked a lot with Tia and Alexis Ostrander, our director, about the power dynamic, the student-teacher relationship, and how immediately off the bat, even back to episode 1, none of us want to romanticize or glamorize this. I think that that was what was so exciting, to be part of a project that was going to be depicting it in a real way, where you don’t root for these people. I think our industry often makes it seem like it’s okay and it’s not. I think we found it very refreshing to be part of a show that was going to do an honest depiction of it. We were talking about personal stories. One of our producers had a gym teacher at her school that had dated a student and then they ended up getting married. It was this weirdly bizarre thing about discussing age and power dynamics. For me, it was just the open dialogue between Olivia, Tia, and me for the most part.

Olivia Holt: A lot like you, Avery, I wasn’t really familiar with grooming up until pretty recently, maybe a couple of years before we started shooting this show, but I feel like I had to dive a little bit deeper into the research and education on it because we were really going to a deeper level than I ever could have thought. We were getting scripts every other week, and when we got this one, I was like, “Oh, so we’re really going there.” It was just a lot of communication. We really had to dive into what exactly gaslighting, grooming, manipulation, what all of those were, and how we were going to execute them correctly. As Blake said, I think we’re all so used to seeing these kinds of relationships romanticized in television and film, and it’s not okay. I think it was so important for us to showcase what this situation is and to not glamorize it and not romanticize it but show it in a real, honest way.

Blake Lee: The things that are left open I think are intentionally left open for possible future stuff. For the most part, I think that things are explained.

There’s a part of Kate’s conversation with her therapist where she says she feels guilty about what happened to Martin. Why do you think there’s a part of her that feels that guilt considering what happened later?
Olivia Holt: Kate already has a lot of misplaced guilt. She’s so young, and I think she found a trust in Martin. She found somebody who felt on her level. She’s wise. She’s still figuring things out, but she is very observant and very secure in herself. I think she found a trust in Martin, and that’s why she willingly went to his house. Not because of the potential chemistry that they could have had, but I think because she found somebody that she felt comfortable with for the first time where she felt like she can fully be herself with. I think the guilt comes from really wanting to be in this person’s life, whether platonically or romantically, and then just how quickly it went downhill, how quickly it just took a turn. I think that there’s a part of her that wishes she would have never gone there in the first place.

When Kate decides she wants to leave the house and break the bubble she’s been living in with Martin, there’s that shift. Before that moment, did it ever cross Martin’s mind to kidnap her or lock her in the basement? Or was that just fight or flight? He knew he had to do something now before his life was ruined in a sense.
Blake Lee: We talked a lot about that, what was intentional and what wasn’t with Martin. I think all of the grooming stuff, you see it at the hunting lodge. He speaks to her kind of like a peer. And then at the carnival, he oversteps. He’s constantly seeing how far he could go. I don’t think that he ever intended to lock her up. But I do think that after all of the grooming, when she shows up at his door, it has worked out for him almost better than he could have hoped. That’s such a weird way to say that. But do you know what I mean? He has manipulated her and groomed her to have this trust, so she goes into this being this is the only person that understands maybe what I’m going through. All of the work that he’s done to make her feel that, she shows up at the door. I think for the first few months, every little thing that happens, he’s like, okay, I’m a little further. I shouldn’t go here, but we’re here now. And then it’s like, if I’m here, I can do a little bit more and a little bit more and a little bit more. It’s just a series of really, really bad decisions that he makes. It becomes this obsession that he can’t obviously control, so when he locks her in the basement, I don’t think it was a planned thing. I truly believe that he was thinking at that moment that he couldn’t let her leave him. At that point, he will do whatever he can to keep her. I think it’s almost like, okay, I’m going to just tell her it’s down there, lock the door, and I’ll figure it out. She’ll understand because I love her. It’s a sickness. He believes that she truly loves him. I don’t think in the moment that he planned it at all. I definitely think it’s like an in-the-moment reaction. 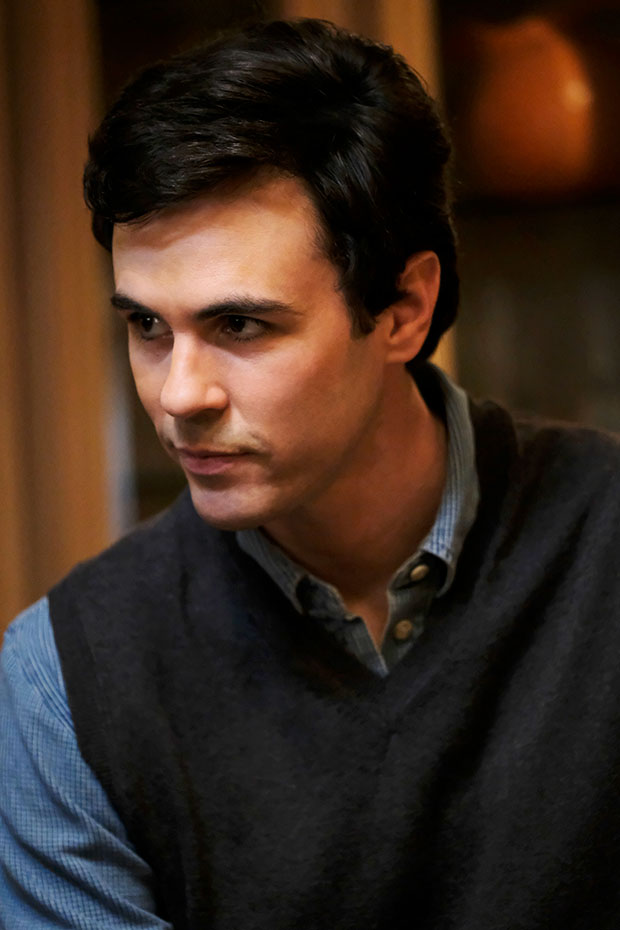 Will we see Kate escape? We’ve seen her coming out of the house in news footage, but will we see that moment where she is discovered or escapes?
Olivia Holt: Yeah, obviously the pieces that we know right now are that she was rescued. We saw footage of her walking out of the house in that catatonic state. Yes, we will see prior to her being rescued what happened.

One of the biggest mysteries of this show so far is who’s Annabelle? Will we get an answer about Annabelle?
Blake Lee: You will get the answer you want. This show really does keep everyone guessing until the last moments of this episode or until episode 10. But, yes, I think the answers will be revealed.

In the trailer, we see a confrontation between Jeanette and Kate. What can you tease about that showdown?
Olivia Holt: This is the moment that I think people have really been waiting for, for them to hash it out because they have not spoken… The one time that they saw each other Jeanette was in the car, and Kate saw her and just said some really nasty things. But since that moment, they haven’t seen each other. This is the big confrontational moment that we’ve all been waiting for. I think this moment is going to really change everything because so many people have theories opinions on who did what, who they believe, and I think this is what’s going to make them decide.