Dan Lawrence helped his chances of claiming an England Test spot this summer as turned on the style with a jaw-dropping unbeaten 152, off just 133 balls, as Essex racked up the runs against Derbyshire on day two of their LV=Insurance County Championship meeting.

Lawrence is aiming to maintain his place in the England Test side after a successful debut winter and he gave the selectors a jolt with his first century of the season – the fastest and the 11th in his first-class career.

Tom Westley also smashed 106, in a 221-run stand with Lawrence, while Nick Browne (59) and Sir Alastair Cook (58) also notched up half-centuries as Essex eventually declared on 413-3, but only after Lawrence had dispatched legspinner Matt Critchley for three consecutive sixes.

In reply, Derbyshire slumped 35-3 by stumps, with Simon Harmer claiming 2-12 and Lawrence (1-20) even pitching in with a wicket too as he accounted for the opposition skipper, Billy Godleman, for nine.

The Group 3 clash between Glamorgan and Yorkshire moved on at a rapid pace on day two as 14 wickets fell to increase the likelihood of a result despite no play being possible on the first day.

Glamorgan were bowled out for 149 in their first innings, with David Lloyd’s 31 the top score, while Yorkshire then stumbled their way to 10-3 and 36-4 in reply, before England captain Joe Root (34no) led the recovery effort with the visitors 69-4 when a combination of bad light and rain brought an end to the day’s play.

Earlier, Yorkshire put Glamorgan in on a green-tinged pitch and Ben Coad and Jordan Thompson found a way through the defences of Joe Cooke and Marnus Labuschagne to claim two early wickets.

Yorkshire have a second strike and it's Ben Coad who sends Australian batsman Marcus Labuschagne packing, picking him up lbw for 10.#GLAvYOR #LVCountyChamp

A solid looking partnership between David Lloyd and Billy Root brought Glamorgan back into things, before the introduction of Steven Patterson (3-27) and Harry Brook (3-15) shifted things dramatically in favour of Yorkshire as the hosts lost four wickets for four runs to go from 69-2 to 73-6.

Michael Neser (24) and Andrew Salter (24no) chipped in with some handy lower-order contributions, while Australian seamer Neser also claimed 3-15 in his seven overs to have Yorkshire in trouble early-on in their reply. 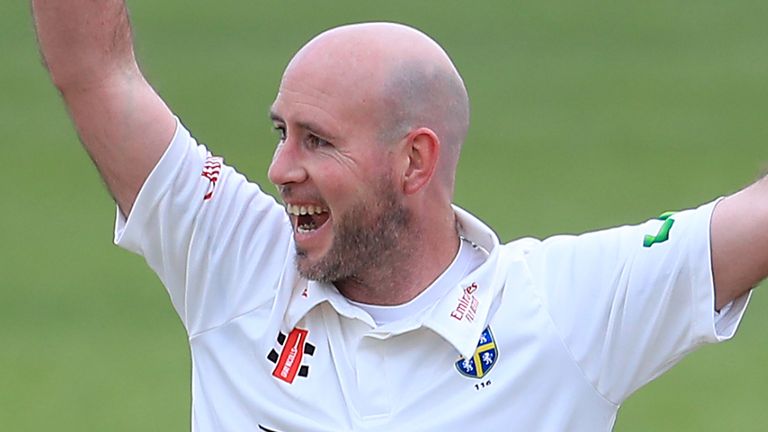 Rushworth was at his imperious best to claim figures of 5-56 to put the hosts in a strong position and move level with his former team-mate on 527 first-class strikes for Durham. Ben Raine (2-27) and Brydon Carse (2-47) were also on point, although late resistance from Joe Leach (42no) kept Worcestershire in the game.

Although the home side lost Alex Lees (12) early in their second innings, Will Young (37no) and Scott Borthwick (24no) held firm to steer the the north-east outfit safely through to stumps without further loss.

Durham closed on 79-1 in their second innings, seeing them hold a 112-run lead heading into day three.

England’s Zak Crawley passed 3,000 first-class runs as his unbeaten half-century helped Kent fight back against Sussex on day three of their Group 3 meeting at Hove. 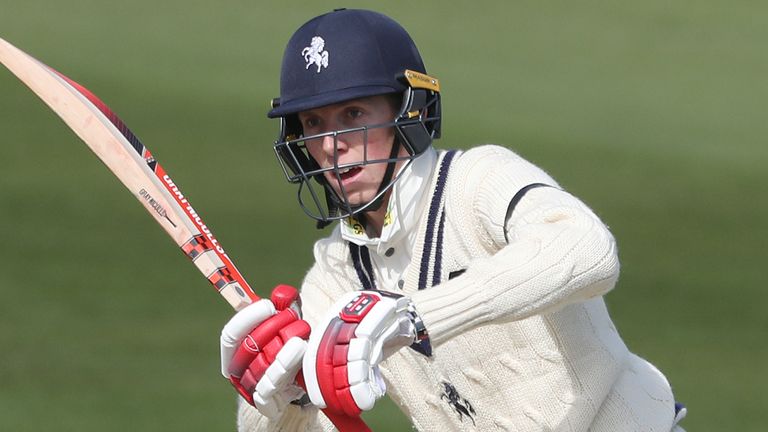 After making 90 against Yorkshire last week – his highest score of the season so far – the 23-year-old Crawley again looked in good touch, reaching 61 not out as Kent closed 138-2 in their second innings, earning a slender lead of 27.

Sussex had earlier taken a first-innings lead of 111 after being bowled out for 256, on-loan seamer Matt Quinn claiming 4-54 for Kent.

Kent lost their openers in reply, Jofra Archer (1-14) and Ollie Robinson (1-18) accounting for one each. Archer struck in the fifth and final over of his only spell when a big inswinger trapped Jordan Cox (12) lbw, while Robinson had skipper Daniel Bell-Drummond (27) caught at third slip.

But in came Crawley, who looked in supreme touch as he clacked seven fours in his half century, three of them in an over from offspinner Jack Carson.

In Middlesex‘s Group 2 encounter with Hampshire, Nick Gubbins and James Vince produced dogged half-centuries for their respective sides as wickets clattered around them on a gloomy second day at Lord’s.

In the face of some highly-skilled bowling from Kyle Abbott (6-44), Gubbins resisted for more than three hours to make 51 and scramble the hosts up to a modest score of 172.

Hampshire were in the mire at 9-3 in reply thanks to three early wickets for Ethan Bamber (3-41), but Vince’s determined 62 helped see the visitors beyond the century mark before he fell to Blake Cullen shortly before bad light ended play – Hampshire closing on 131-7, still trailing by 41.

Elsewhere in Group 2, Rory Burns’ half-century laid the foundation for Surrey‘s score of 191-4 by stumps after only 59 overs of play were possible on day two of their match with Somerset at Taunton.

After an opening day washout, the match finally got underway at 2pm after a major mopping up operation and Somerset elected to bowl first on a green looking pitch.

Burns, looking to reclaim an England place, had to fight hard for his runs in bowler-friendly conditions before falling to Marchant de Lange for 55.

Watch day three of Glamorgan vs Yorkshire, live on Sky Sports Cricket from 10.55am on Saturday.