Tasmania’s Dark Mofo festival has announced a $60,000 fund for Aboriginal artists and appointed cultural advisors in the wake of public outcry over a controversial artwork that would have soaked a Union Jack flag in the blood of First Nations peoples. 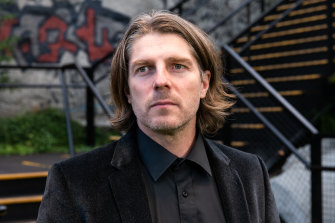 “We are having many positive discussions with Tasmanian Aboriginal people and I have no doubt that this will result in a more culturally significant program in the future.”

The fund, open to Tasmanian Aboriginal artists specifically, will be managed by a yet-to-be-appointed First Nations cultural advisory group.

Last month, when Dark Mofo unveiled plans for the proposed artwork – titled Union Flag – by Spanish artist Santiago Sierra, who has exhibited at galleries such as London’s Tate Modern and Berlin’s Kunst-Werke Institute, the backlash was swift.

Within days, hundreds of people were calling on Dark Mofo to withdraw the project, arguing that blood is sacred in many First Nations cultures and that the artwork would perpetuate – not critique – colonialism. Others defended the artwork on the grounds of freedom of expression. Sierra himself said the public reaction resulted in “the public lynching of the piece”.

Dark Mofo initially stood by the project, citing artistic freedom. But less than 24 hours later the festival apologised for “any hurt that had been caused” and confirmed it would no longer proceed with the artwork.

The festival has a long history of courting controversy, from exhibiting inverted Christian crosses to showing visitors a computer-generated man being beaten to death. The cancellation of Sierra’s project sparked a debate – within Dark Mofo, its parent gallery MONA and beyond – over the festival’s purpose, the nature of controversial art and what constitutes proper consultation with Indigenous peoples.

One of Dark Mofo’s new cultural advisors, palawa visual artist and photographer Caleb Nichols-Mansell, said it was time for the festival to “repair damaged relationships” and look towards the future.

“I look forward to working with the team and my community throughout this process to ensure all voices are heard and considered,” he said. “My hopes are that through this process we are able to continue raising the profile and platform of our artists and their deep-time connections to culture, country and community.”

His colleague, Gumbaynggirr and Dunghutti arts worker Dylan Hoskins, added that it was time “to yarn, to reflect and to heal”.

This year’s festival, set to be held in June, will involve a winter feast, fireworks and the annual nude winter solstice swim. Organisers have promised that many of the events will be free due to the disruption caused by the coronavirus pandemic. A full program is due to be announced in May.