A rare painting by rock star David Bowie reportedly purchased for $4.09 at a donation center in Ontario, Canada, is likely to sell for tens of thousands of dollars at auction next week.

The unnamed thrift store shopper only realized it was painted by the famous singer after finding his signature on the back.

Ontario auction house Cowley Abbott said there was “cautious excitement” when it was first contacted about the 1997 work, as his paintings are rarely sold at auction. “The chance discovery of this treasure within a pile of discarded goods is quite remarkable,” the auction house said on its website.

The rocker, who died in 2016, studied painting in his youth and was an avid collector, according to the auction house.

Between 1995 and 1997, Bowie painted a series of 47 portraits that he called “Dead Heads,” Cowley Abbott said and some of the paintings in the collection were likely inspired by his Ziggy Stardust period. 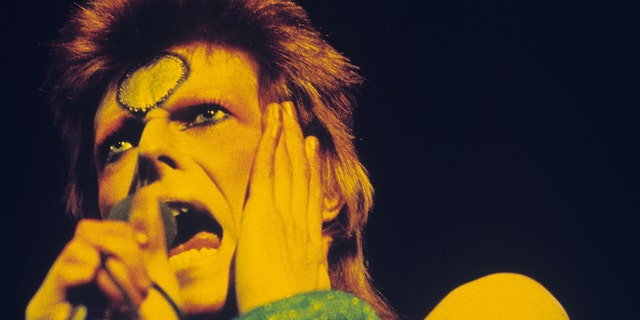 LONDON – MAY 12: David Bowie performs live on stage at Earls Court Arena on May 12 1973 during the Ziggy Stardust tour (Photo by Gijsbert Hanekroot/Redferns)

By Thursday, bidding for the Ziggy Stardust original had gone as high as $38,100 Canadian, approximately $30,800 USD. Bidding ends on June 24, BBC News reported.

“With long hair and a pronounced profile, this energetic and enigmatic portrait is truly a rare representation from a celebrated artist,” the auction house said, adding the identity of the sitter remains a mystery.