Russia invading Ukraine should be a ‘lesson learned’: Rep. Crenshaw

Rep. Dan Crenshaw, R-Tex., argues that the geostrategic lesson from the Russian invasion is ‘energy dominance will win the day.’

While Delta does not operate services to Ukraine or Russia, the code-share agreement allows its customers to book seats on Aeroflot flights and vice versa.

"We have removed our code from Aeroflot-operated services beyond Moscow’s Sheremetyevo Airport and removed Aeroflot’s code from Delta-operated services from Los Angeles and New York-JFK," the airline said in a statement Friday. "Accommodations will be made for customers affected by these changes."

Delta and Aeroflot are members of the SkyTeam global alliance, which has said it is monitoring the events in Ukraine and is in contact with its members to assess the situation as it evolves.

In 2019, the United States was the second-largest generator of revenue by country for Aeroflot, according to OAG Aviation Worldwide Ltd. 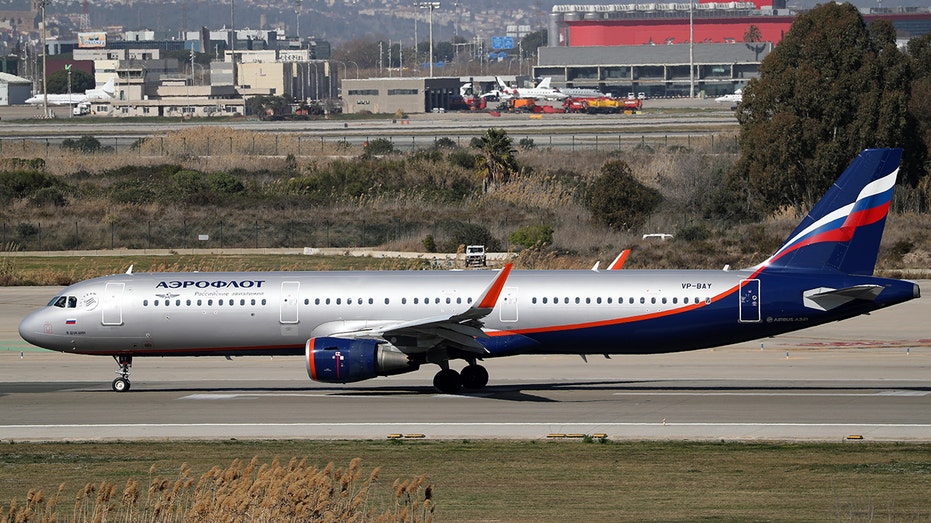 Airbus A321 from Russia’s Aeroflot prepares to take off from Barcelona airport on Feb. 25, 2022. (Urbanandsport/NurPhoto via Getty Images / Getty Images)

Delta's move comes as the Federal Aviation Administration is restricting U.S. airlines from traveling over Belarus, Ukraine and portions of western Russia. In addition, Aeroflot flights have been banned from flying in the United Kingdom. In response, Russia has barred U.K. airlines from flying to its territory.