TOPLESS Tyson Fury made a boob of Deontay Wilder by ridiculing silent treatment and poetry at their first fight pre-fight press conference.

The 35-year-old Bronze Bomber turned up to his media event wearing headphones, listening to music and refusing to ask questions. 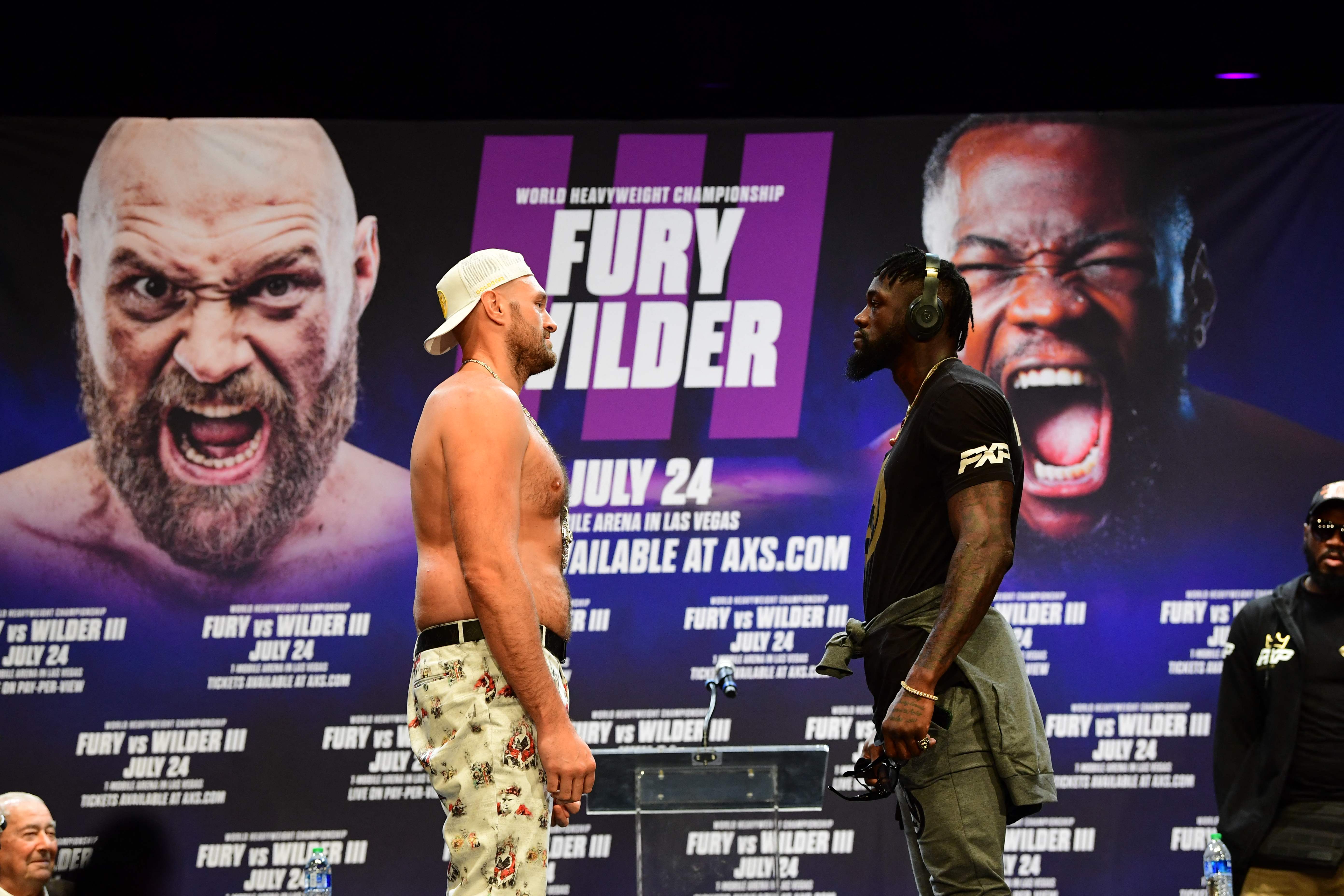 Alabama’s former world champion did a limp Muhammad Ali impression with a supposedly threatening poem that read: “Enough said, time to cut off his head. Come July 24 there will be blood shed.”

But 32-year-old Fury skewered him expertly over the same empty threats he made before their February 2020 rematch that cost the American his crown.

Curvy WBC king Fury said: “You said all this bloodshed and decapitation stuff before and we know what happened so people have a lot of questions for Wilder.

“It shows how weak he is mentally and how much the last beating has taken a toll on his life.

“I was worried about him for a while and he is doing this little thing with his earphones now.

"I am here to promote the fight so if he doesn’t want to then I will play both parts."

Wilder has employed a new trainer in long-time friend Malik Scott but Fury insists he will not be able to teach an old champion new tricks.

The Brit, who battered Wilder inside seven one-sided Las Vegas rounds, said: “Wilder is a stubborn person so listening to other people is not what he does.

“Everyone has a gameplan for fighting me until they get in there with me. He will be the same old Wilder we have always seen when that bell goes.

“I am going to run him over like an 18-wheeler, he will not go past the seventh again.

"I had five weeks to practice for the last fight and this time I have 18 months.”