Strategic Resource Group managing director Burt Flickinger explains why Amazon would want to expand into the brick-and-mortar space amid the COVID pandemic.

Disney is making good on its announcement earlier this year that it would shut down several of its standalone retail locations in North America, according to reports rolling in from local areas impacted by the closures.

MACY'S, TOYS ‘R’ US PARTNER TO BRING THE TOY STORE BACK INTO PHYSICAL LOCATIONS

The company's website indicates that 11 out of the 14 stores in the Los Angeles metro are getting the ax (with a few already shut down), and only the area's three Disney outlets will remain at this point. In Minneapolis, Disney's sole location at Mall of America is already permanently closed, and the only store in St. Louis will be gone before Sept. 15, too.

In Orlando, where Walt Disney World is located, the only Disney store besides those in the resort will also close its doors.

Disney announced in March that it would be closing at least 60 of its retail locations in North America by the end of the year. Stephanie Young, Disney's president of consumer products, games and publishing told Reuters at the time, "While consumer behavior has shifted toward online shopping, the global pandemic has changed what consumers expect from a retailer." 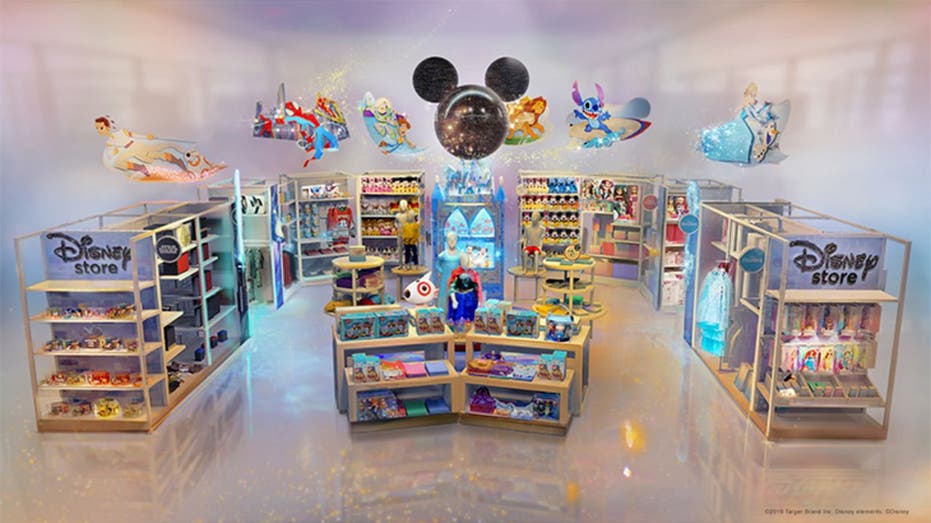 But those looking to peruse Disney products aren't entirely out of luck. The company has been opening up stores in big box retailer Target locations for years now, and those shops are set to be expanded.

Target announced Monday that it would be tripling the number of Disney stores in its locations by year's end, with 160 being added ahead of the holiday buying season.