The Patterdale Terrier, now named Fig, was found by a member of the public in Painscastle, Wales, last Wednesday. The dog, who suffered shocking injuries to his jaw and nose, was rushed to the vets who called the RSPCA.

RSPCA Inspector Keith Hogben said: “When he was found he was covered in mud and was extremely thirsty.

“The yard owners took the dog straight to the vets due to his horrific injuries who then called us.

“This poor dog is one of the worst I have seen in my 20-plus years with the RSPCA.

“His lower jaw is injured badly and he has nasal injuries. It’s just a horrendous sight. 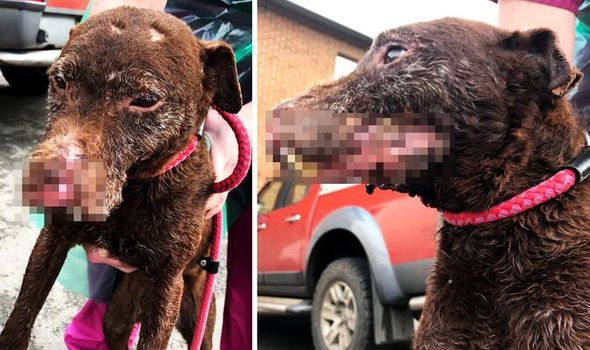 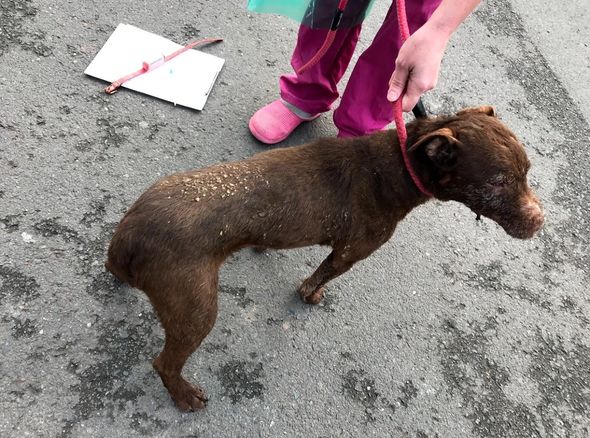 “He’s the friendliest dog going and we really hope he’s going to be okay.

“He may have to lose some teeth but hopefully his wounds will heal well and he’ll be much better soon following his ordeal.”

The RSPCA has launched an investigation and is urging anyone with information to come forward. 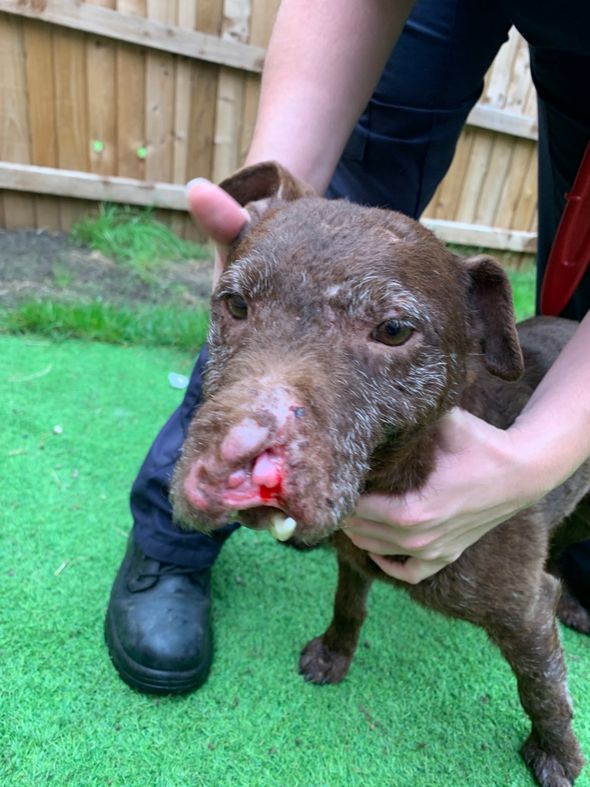 Mr Hogben said: “Fig is now in the care of the RSPCA and we’re now hoping to find out what exactly happened and track down his owner.

“Someone must know who he belongs to. Unfortunately, he was not microchipped. 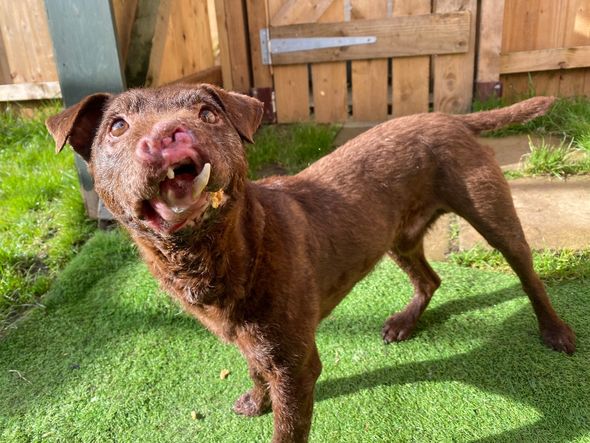 “Any little bit of information could help.

“The local police force is aware of this matter and are also taking it seriously.

Badger baiting was banned in the UK in 1835.

The sick blood sport sees a dog sent into a sett to flush out a badger.

The handler digs the badger out and it is killed.

The illegal blood sport causes serious injuries to both the dogs and badgers involved.

Another dog suspected to have been used in badger baiting in Derbyshire was rescued by the RSPCA in September.