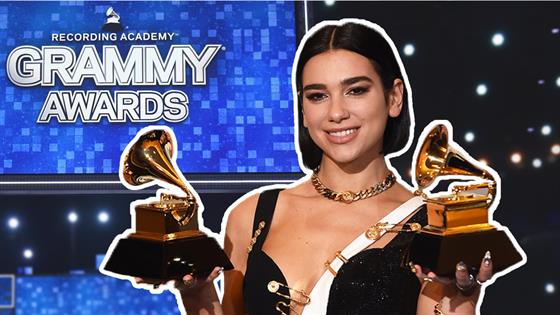 Dua Lipa is here to freshen up your playlist.

On Thursday, the 24-year-old singer released the music video for her new single “Break My Heart” ahead of the release of her album Future Nostalgia on March 27. In the video, Dua takes viewers on a rollercoaster of emotions as she journeys through the ups and downs of a tumultuous relationship. And like her previous singles “Don’t Start Now” and “Physical,” the song, which details the reservations of falling in love with someone despite knowing it could go south, delivers an uplifting retro-inspired dance beat.

Kicking things off in a lively city, the “New Rules” singer makes her way through a crowded street as she weaves through cars stuck in traffic. The passengers each showcase phases of a relationship, starting with a couple making out and another arguing further ahead.

Then, Dua finds herself entering her vibrant futuristic apartment and tries to show her distant lover affection.

As he rejects her advances, her world starts to spin and she is pulled away from him. Their apartment becomes a ship that begins to sink, signifying that their relationship has taken a turn for the worse.

Now in a swanky neon-lit club, Dua walks around the tables to see other couples engaging in a similar fight before launching into the song’s upbeat chorus.

“I would’ve stayed at home,” she sings from the dance floor of the club. “‘Cause I was doing better alone. But when you said, ‘Hello’ / I knew that was the end of it all / I should have stayed at home / ‘Cause now there ain’t no letting you go / Am I falling in love with the one that could break my heart?”

Matching the vintage feel to the track’s sound, Dua showcased her exceptional fashion taste with eccentric and tailored skirt sets that channel the fashion of the ‘80s. Rocking a pink blazer and matching skirt, the “IDGAF” singer is now on an airplane that is experiencing some major turbulence.

“Centre of attention,” she sings before waking up from a one-night stand. “You know you can get whatever you want from me / Whenever you want it, baby / It’s you in my reflection / I’m afraid of all the things you can do to me / If I would’ve known it, baby.”

Watch Dua relive a love gone wrong in the “Break My Heart” music video above!