“I usually don’t even give time of day to comments like this BUT I feel like this needs to be addressed,” the “Dancing with the Stars” pro posted alongside a new bikini picture on Instagram.

While she says she’s managed to ignore the various criticisms that people feel it’s so important they share with new mothers, the latest growing onslaught has become more than she could bear in silence. 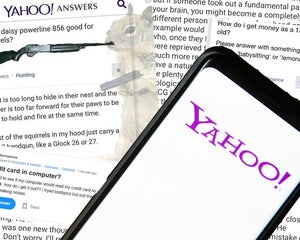 'How Will I Know If I'm Pregnant?' Yahoo Answers to Shut Down Forever

“I usually don’t even give time of day to comments like this BUT I feel like this needs to be addressed,” she captioned a new bikini picture on her Instagram.

The post and picture are both in response to rising assumptions that she had begun digitally removing her c-section scar from some of her more recent photos. The professional dancer has been sharing several beach pictures, including her in a few different bikinis.

It is these pictures that have left her followers growing more and more convinced that she’s making digital alterations to her photos — certainly not unheard of on social media. And so, in her latest picture, the scar is on full display.

Further, Arnold denies that she’s made any efforts to cover it, instead crediting modern doctors with being able to deliver a baby via c-section and leave a scar so discrete and so low that it can’t be seen even in a fairly skimpy bikini.

Perhaps all the shamers should take some time to shame themselves for not knowing that medicine, and c-sections in particular, has advanced to the point that these small, almost imperceptible low scars are just about the norm for most new mothers who undergo the procedure. 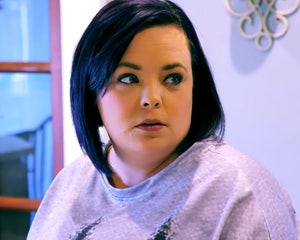 “I had to pull my suit down for this,” she said of the picture accompanying her statement. “I would never and have never photoshopped any part of my body and wanted a dedicated post to my beautiful scar that I truly love so much.”

Earlier in the lengthy post, she described the scar as “my favorite part of my body.”

She went on to explain, “It is the representation of the thing I am most proud of in my life and that is our sweet Sagey 💕💕 I seriously want to show my scar to everyone I see cause I think it’s so insane and crazy cool that Sage came out of that little cut in my belly?! I mean come on how incredible is that?”