Maybe she’s spent too much time in the sun?

Supermodel Elle Macpherson has taken a break from shilling her many beauty wares and frolicking in skimpy bikinis on the beach to promote an anti-vaccination campaign led by her boyfriend, disgraced former doctor, Andrew Wakefield.

Saying the pandemic is a “divine time” to promote the dangerous message, Macpherson took to the stage before an audience in North Carolina to help boost an anti-vaccination propaganda video — just as Pfizer and other pharmaceutical companies announced a new breakthrough vaccine for COVID-19.

The Aussie model took the stage with Wakefield, a former doctor who was banned from practicing after he presented bogus research claiming the measles vaccine leads to autism, to help present the latest installment in his anti-vax propaganda.

According to footage of the event obtained by the Daily Mail, after Macpherson was introduced by Wakefield, who called her his girlfriend, she turned to him and said: “You made this film during COVID, and it’s interesting because it’s such beautiful, sacred timing when you watch the film, because it’s so pertinent and so relevant. … And for it to come in this divine time where vaccination and mandatory vaccination is on everybody’s lips.” 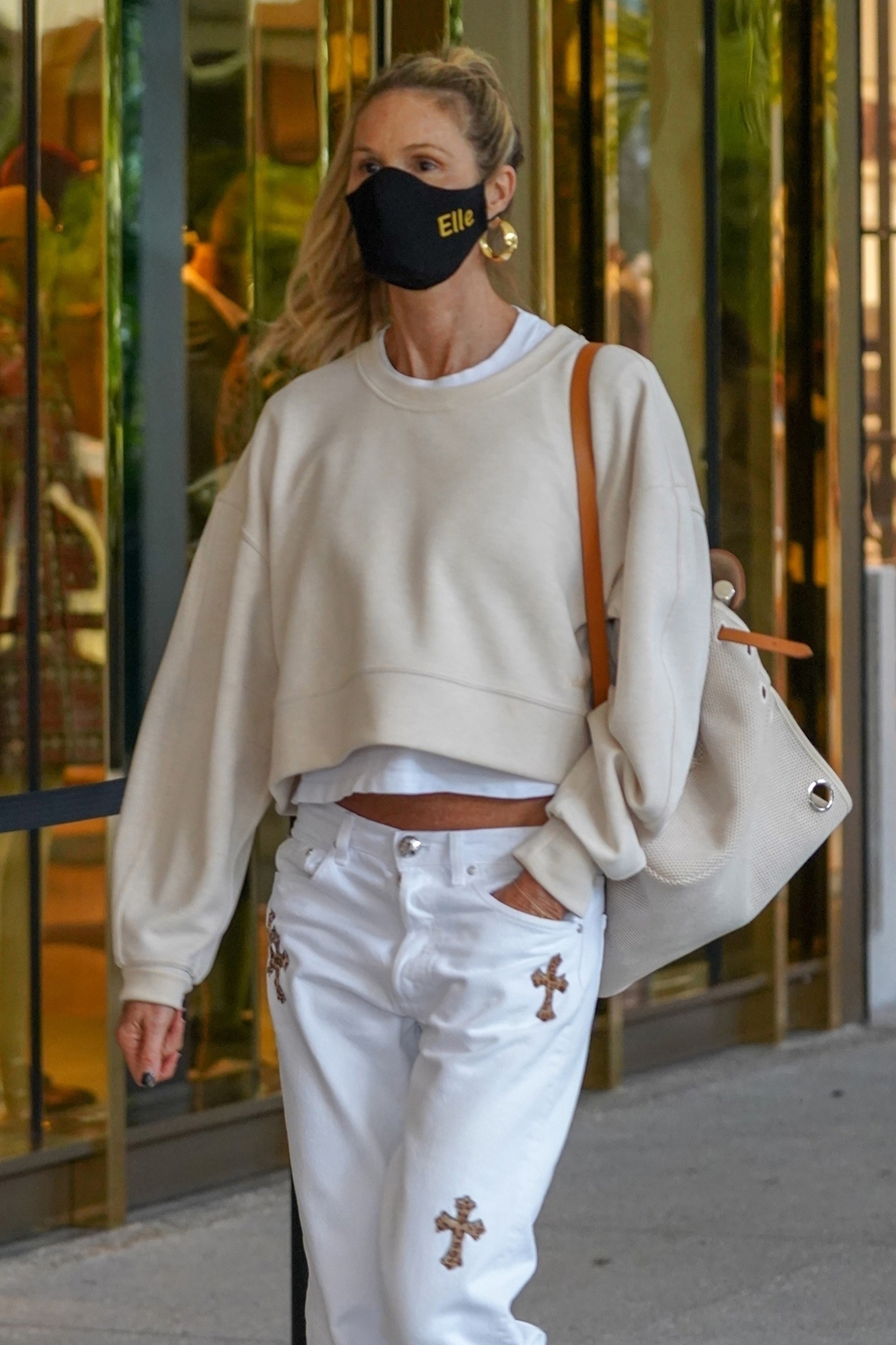 The 56-year-old model said she was “honored” to be sharing the stage with Wakefield and noted she first heard about “Andy” in 1998 — which the Daily Mail notes is “the year his now-notorious sham research falsely claimed to have discovered evidence in 12 children that the MMR vaccine caused autism.”

Wakeford’s false claims led to a massive wave of people refusing to get their children vaccinated and a subsequent measles outbreaks. After he was banned from practicing medicine in Britain, Wakefield moved to the United States where he gained fame by becoming a filmmaker and anti-vax campaigner. The disgraced doctor has seized upon COVID-19 to further his claims, saying “the death toll had been ‘greatly exaggerated’ and the effects of the pandemic were ‘based upon a fallacy’,” according to the Daily Mail.

Doctors and medical professionals slammed these claims and Macpherson.

Retired pediatrician Dr. Tony O’Sullivan told the newspaper: “The anti-vaccination movement has never been more dangerous and pernicious than at this time of the pandemic. … It is based on ignorance and selfishness. It is peddling lies about the safety of vaccinations and the purposes of them. Vaccinations are a hugely important public measure to keep people safe.”

As for Macpherson, O’Sullivan said, “I think people are entering dangerous waters when they have scant knowledge about vaccinations against science and dedicated scientists.”