The Eta Aquariids are guaranteed to dazzle stargazers this week, provided you are willing to get up early to see them. The meteor shower arrives each year around mid-April and lasts until the end of May. During this time, you might be lucky to see one or two shooting stars streak across the night sky.

But the real action will unfold on the night of the shower’s peak when Earth will be bombarded with the highest concentration of meteors.

The shower’s peak falls across the mornings of May 5 and May 6 this year, with the best visibility in the Southern Hemisphere.

According to astronomers at the Royal Observatory Greenwich in London, the Eta Aquariids are a “moderately active meteor shower” that will produce up to 40 meteors an hour during the peak

The astronomers said: “The Eta Aquariids is one of two meteor showers created by debris from Comet Halley.

“The other is the Orionid meteor shower which comes in October.” 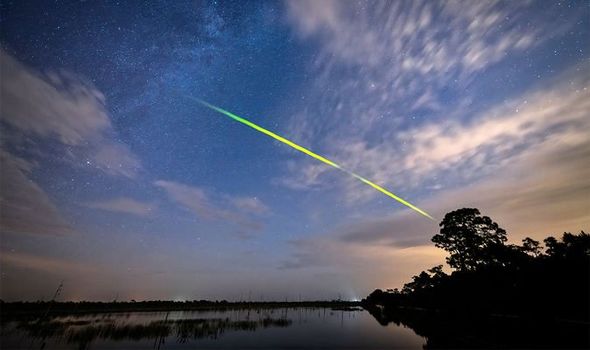 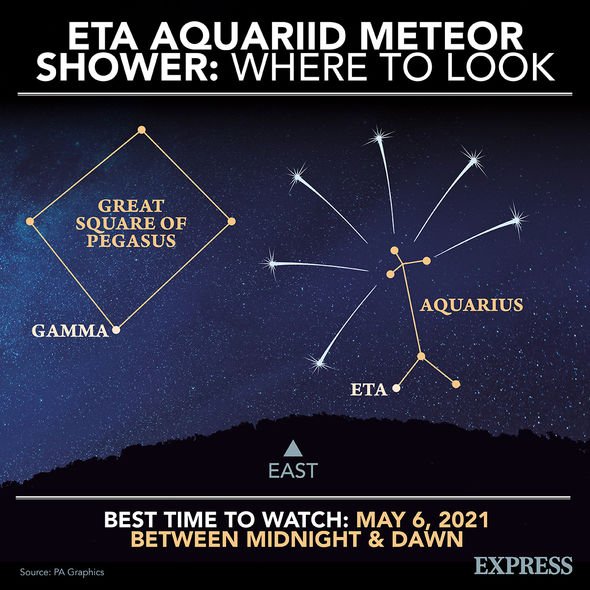 What is the Eta Aquariids meteor shower?

Eta Aquariids are associated with the periodic Halley’s Comet, which is visible from Earth every 75 to 76 years.

Between April and May, Earth slams into this debris and specks of comet burn up in the atmosphere and produce beautiful streaks of light.

Astronomers estimate the meteors disintegrate in the atmosphere at speeds of up to 70km per second.

The Royal Observatory Greenwich said: “Like with most meteor showers, the name comes from the constellation in the night sky that it appears to radiate from. In this case, it’s the Aquarius constellation.”

More specifically, the shower is named after the constellation’s star Eta Aquarii.

What time is the Eta Aquariids meteor shower tonight?

Unlike other meteor showers, the Eta Aquariids do not have a sharp peak and are, instead, best seen over a few days.

This year, astronomers expect the meteors to be best seen in the pre-dawn hours on May 5 and 6 and possibly May 7.

The astronomers behind EarthSky.org tweeted on Tuesday: “This year, the forecast for the #EtaAquariid shower calls for the greatest number of meteors to fall before dawn tomorrow.

“But don’t discount Thursday! This shower has a broad maximum!”

Because the shower favours Southerly latitudes, the meteors will appear low on the horizon when viewed from the UK.

So if you were planning to see the shower in person, you should consider finding a nice spot with an unobstructed view of the horizon. 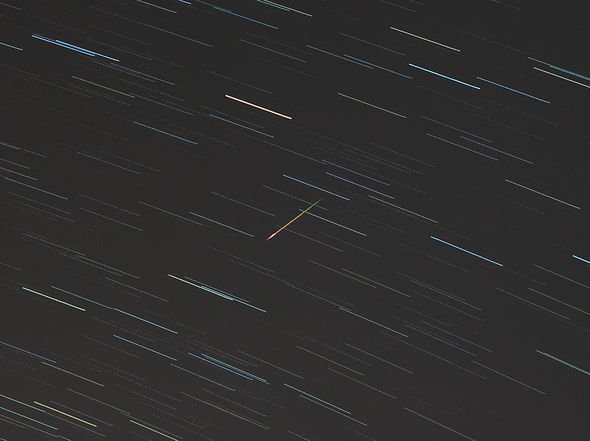 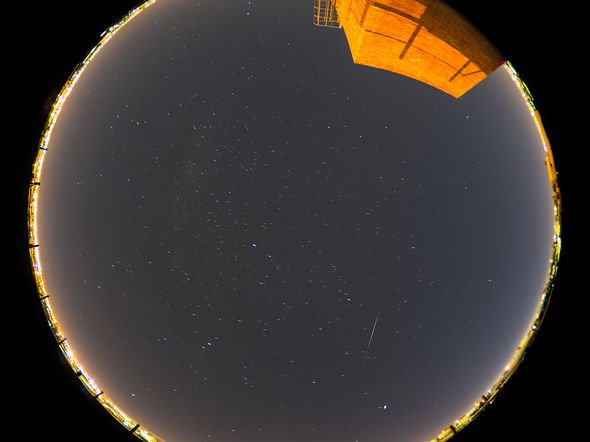 The Royal Observatory Greenwich said: “Nevertheless, it should still be possible to see the shower in the eastern sky, even when the radiant is below the horizon.”

The radiant is the point from which the meteors appear to enter our night skies.

In this case, the radiant sits in the constellation Aquarius.

Just keep in mind you will see a reduced number of meteors north of the equator – about 10 every hour.

Bruce McClure of EarthSky.org said: “Give yourself at least an hour of viewing time for watching any meteor shower.

“Meteors tend to come in spurts that are interspersed by lulls.

“Also, it can take as long as 20 minutes for your eyes to adapt to the dark.”

Trust your eyes – meteor showers are best seen without any equipment.

Stay away from city lights, turn of your mobile phone and find a comfortable place where you can lie back and take in the whole sky at once.