Farmers on the Liverpool Plains will demand a future ban on coal and gas mining in the region as the Berejiklian government announces a $100 million payout for a Chinese company to exit its coal mine lease.

As the Herald reported yesterday, China’s state-owned Shenhua corporation had reached an agreement to give up its plans for an open-cut coal mine at Breeza, south of Gunnedah, ending a 13-year battle with local farmers. 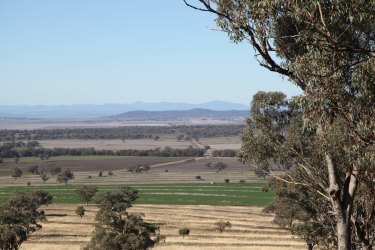 Shenhua will receive $100 million to leave the Liverpool Plans but local farmers say the battle against mining is not yet over.Credit:Kate Ausburn

Deputy Premier John Barilaro and Planning Minister Rob Stokes will announce the plan to pay $100 million to Shenhua, said two well-placed sources, who declined to be named ahead of a noon press conference in Breeza.

The announcement is likely to come with other sweeteners aimed to encourage support for the Coalition in the May 22 byelection. Part of the Liverpool Plains comes within the Upper Hunter electorate where voters will go to the polls because of the resignation of disgraced Nationals MP Michael Johnsen following a leak of lewd text messages sent while attending parliamentary debate.

The final payout for Shenhua adds to the $262 million paid to the company by the government in July 2017 in exchange for surrendering just over half of its exploration area.

Andrew Pursehouse, a farmer whose property bordered the Watermark area on three boundaries, said local groups will demand the right to mine in one of Australia’s richest farming regions be permanently banned.

“We won’t let today go by with just a bit of fanfare,” Mr Pursehouse said. A state environmental planning policy that bars gas and coal from the region would be “so that in future years, and for future generations farmers won’t have to go through what we have”.

“We don’t want to just got rid of Shenhua and then get Whitehaven or someone else putting their hand up for a mine,” he said. “We’ve also got gas exploration rights all over the Liverpool Plains.”

Shenhua first bought an exploration licence in 2007 paying $300 million. It bought up about 12,000 hectares of farmland, Mr Pursehouse said, and put a price tag of $1.6 billion on the mine.

Opposition to the mine, and an adjacent one planned by BHP, stirred fears by local farmers that key aquifers in the area would be affected by the mines. Important indigenous artefacts and the loss of koala and other habitat added to the concerns. 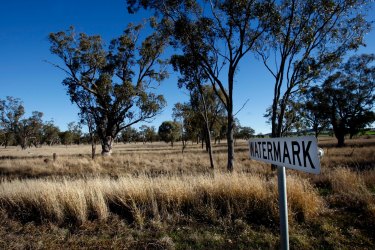 The proposed site for the coal mine near the town of Breeza on the Liverpool Plains. The mining plans have now been dropped after a 13-year battle.Credit:Louise Kennerley

The likelihood that Shenhua would ditch its plans for three open-cut pits increased after a change of its own management in China indicated a loss of interest in the project. BHP’s decision to scrap its Caroona mine in 2016 and pocket more than $200 million encouraged opponents to keep up the fight.

The damage to the community, though, will be long lasting, Mr Pursehouse said. Not only were 42 farming entities and their families displaced by the land purchases, local services were cut as the population shrank. Weed control was also neglected on the leased lands, worsening the spread of Africa box thorns.

“It will be like putting scrambled eggs back together,” he said.