Hate crimes are likely being underreported because of language and cultural barriers, according to an FBI official.

The bureau’s New York Field Office is trying get a more accurate representation by reaching affected communities in their native languages.

“I don’t think the data that we have is an accurate representation of everything that is happening out in our communities,” William Sweeney, assistant director in charge of the FBI’s New York Field Office, told CBSN “Red & Blue” anchor Elaine Quijano on Wednesday.

“One of the things we’ve been trying to push to do is to get a message out to those communities to report to us and to report to their local police departments, in particular, some of that information so that we can better address the problem.”

That led law enforcement to meet with members of the Jewish and Asian communities to explain the importance of reporting hate crimes, but also asking for guidance about how authorities could better communicate with them, Sweeney said. Those meetings culminated in an advertising campaign in Hebrew and Yiddish focused on explaining how to report such crimes. 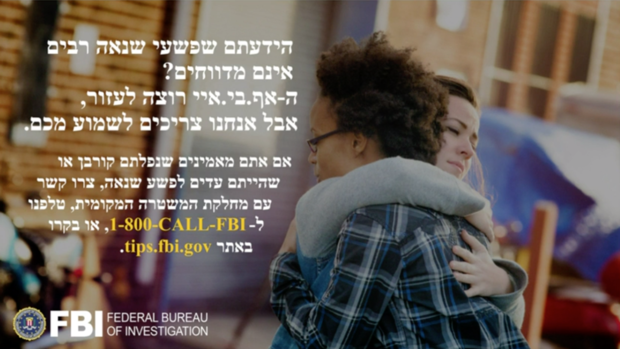 Sweeney also said that law enforcement is working on solutions for community members to be able to report crimes in a language they are comfortable with.

After 11 days of fighting between Israel and Hamas, the Anti-Defamation League said it received 193 reports of possible antisemitic incidents in the week since the conflict began. It was a 47% increase from the week prior.

Anti-Asian hate crimes have also surged during the COVID-19 pandemic. Of America’s largest cities, New York City saw the greatest increase, with the number of incidents reported to police rising from 13 during the first quarter of 2020 to 42 during the same time period in 2021, according to an analysis of police data by the Center for the Study of Hate & Extremism at California State University, San Bernardino.