Clothes can take a hike! Fearless friends climb Snowdon in their UNDERWEAR to raise money for mental health charity

A group of women scaled Snowdon in their underwear to raise money for charity.

Friends Abi Gentle-Spens, Maria Cairns, Lorna Turner and Cassie Davey, from Margate, Kent, stripped down to their bras and pants to scale the 3,559ft (1,085m) mountain in honour of mental health charity Rethink.

They completed the feat in four-and-a-half hours and toasted their achievement with a bottle of Prosecco. 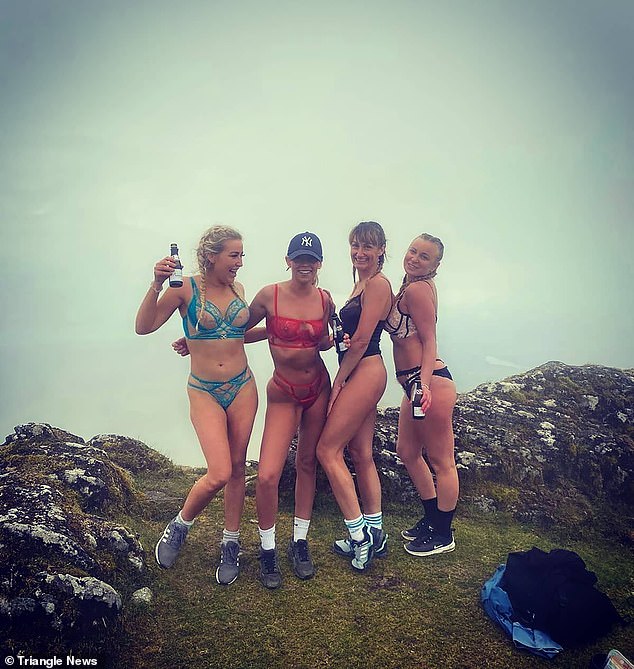 Friends Abi Gentle-Spens, Maria Cairns, Lorna Turner and Cassie Davey, from Margate, Kent, stripped down to their bras and pants to scale the mountain for mental health charity Rethink 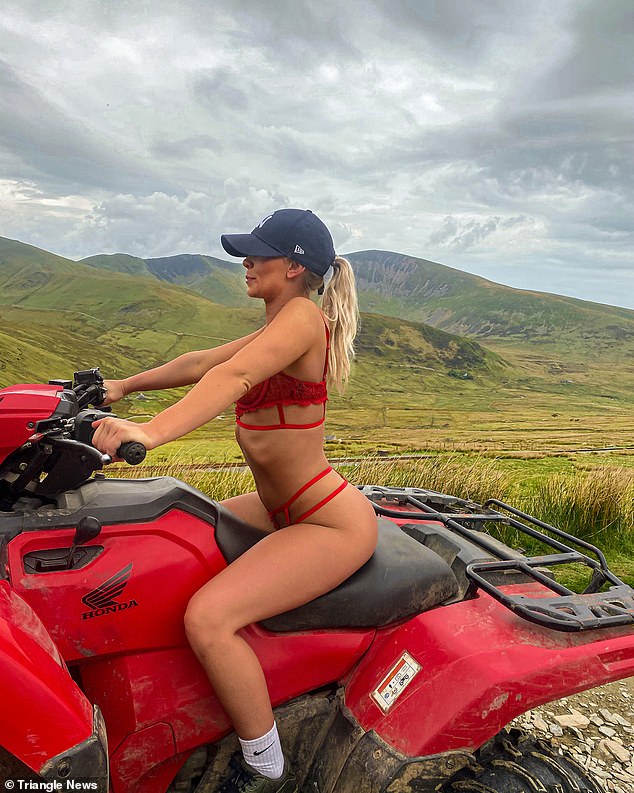 Cassie, 26, pictured, admitted they were all hesitant when they started but quickly stripped off

Photos show the foursome posing with their arms around each other against the spectacular backdrop of the Welsh countryside.

The climb took place on Saturday 29 May.

They had originally planned the hike for last year but had to postpone due to the pandemic. Now the group have their sights set on Ben Nevis.

Mother-of-two Abi, 35, said: ‘We all have various reasons we hold mental health close to our hearts and wanted to do this.

‘We talked about climbing it in our underwear and were a bit unsure because of body confidence issues but then decided we could do it to prove a point. 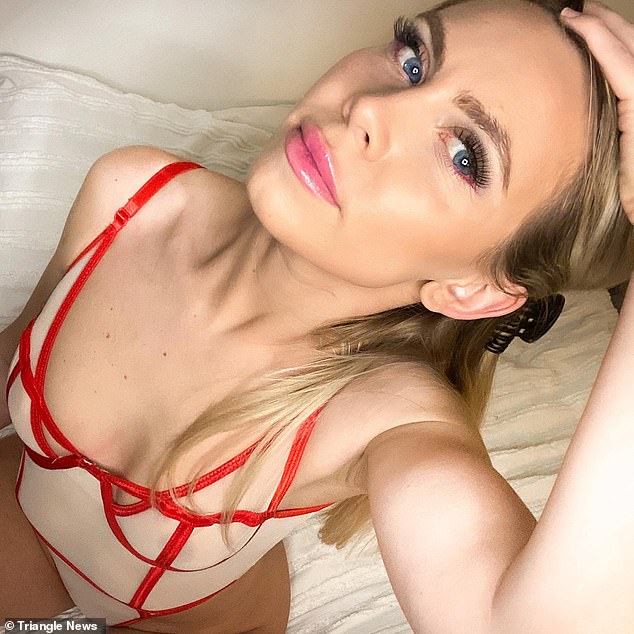 Cassie, pictured, was joined by a group of friends for the climb on Bank Holiday weekend 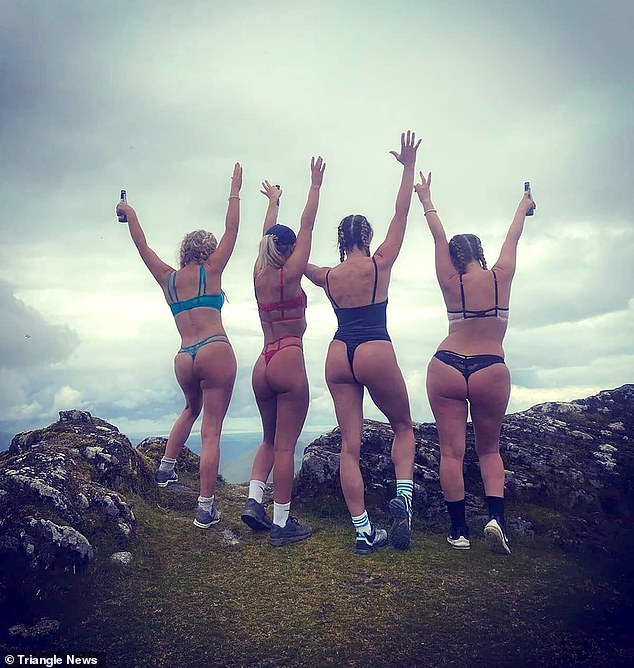 The friends, pictured, all celebrated with a bottle of Prosecco when they reached the peak

‘It’s all about people’s opinions of each other. You just have to be a bit more of a role model and show you don’t care what people think.

‘Initially we were all a bit scared, and we got there and started off in our bras and then just went, sod it, let’s do the whole thing and took the bottoms off.’

Lorna, 37, said: ‘We’ve done Snowdon and thought well we may as well try to conquer them all! Ben Nevis is quite a big step up but we think that we can do it.

‘It’s about body confidence and showing that if we can do it anyone can, and trying to give people a bit more confidence with their mental health and everything else.’ 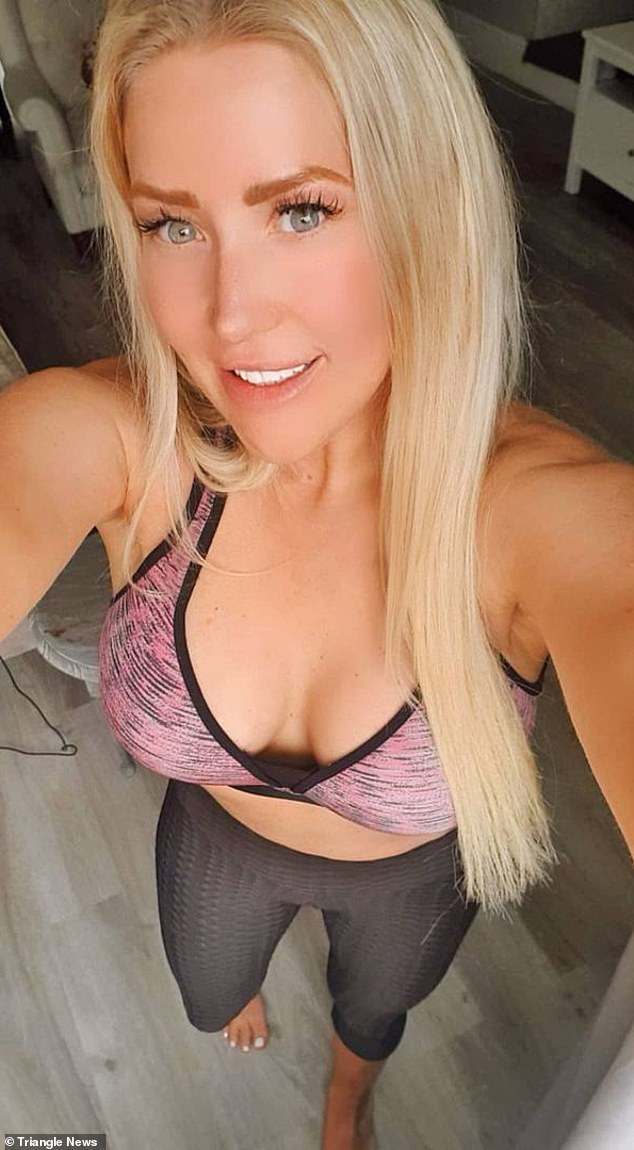 Mother-of-two Abi, 35, pictured, said: ‘We all have various reasons we hold mental health close to our hearts and wanted to do this’ 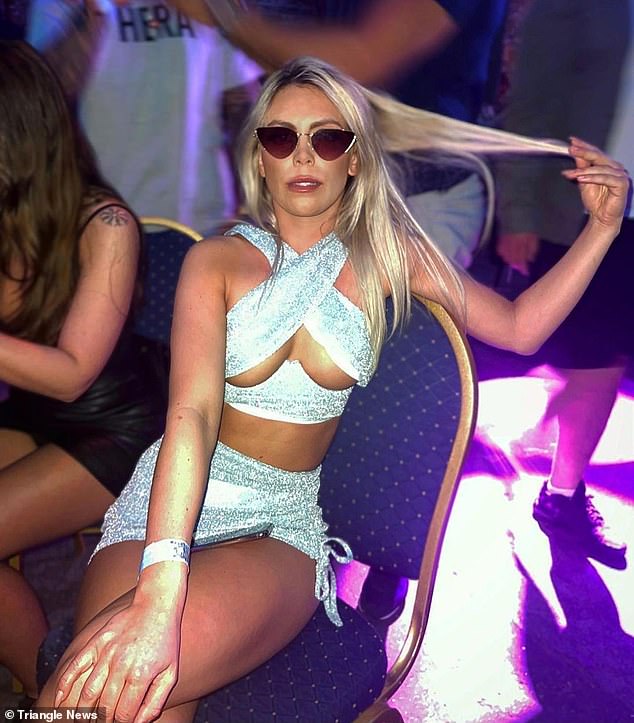 Cassie, pictured, and her friends now have their sights set on conquering Ben Nevis