Kate Middleton and Meghan Markle both love these sneakers

‘Overjoyed’ Grandma Doria is helping out with baby Lilibet

Lilibet Diana Mountbatten-Windsor has made her public debut — in her mom Meghan Markle’s new kids’ book.

The baby — who will be known as Lili — appears in one of the illustrations in Markle’s book, “The Bench,” which is out Tuesday.

In one of the illustrations by Californian artist Christian Robinson, Lili is shown being cradled in the Duchess of Sussex’s arms as her mother, sketched in a sun hat, white T-shirt and jeans, stands in a vegetable patch.

Markle last month announced that the book — which is available for pre-sale on Amazon for $13.16, down from $18.99 — was inspired by a poem she wrote for her husband, Prince Harry, on Father’s Day 2019, the month after their son Archie was born.

Markle, who gave birth to Lilibet on June 4, stated that it will explore the “special bond between father and son” as “seen through a mother’s eyes” — and has dedicated the book to Harry and Archie, writing in the inscription in her famous calligraphy: “For the man and the boy who make my heart go pump-pump.”

Indeed, the book features an illustration of Harry and son Archie, recognizable with their red hair, sitting on a bench feeding the family’s rescue chickens, which the couple house at their $14.5 million mansion in Montecito, Calif. 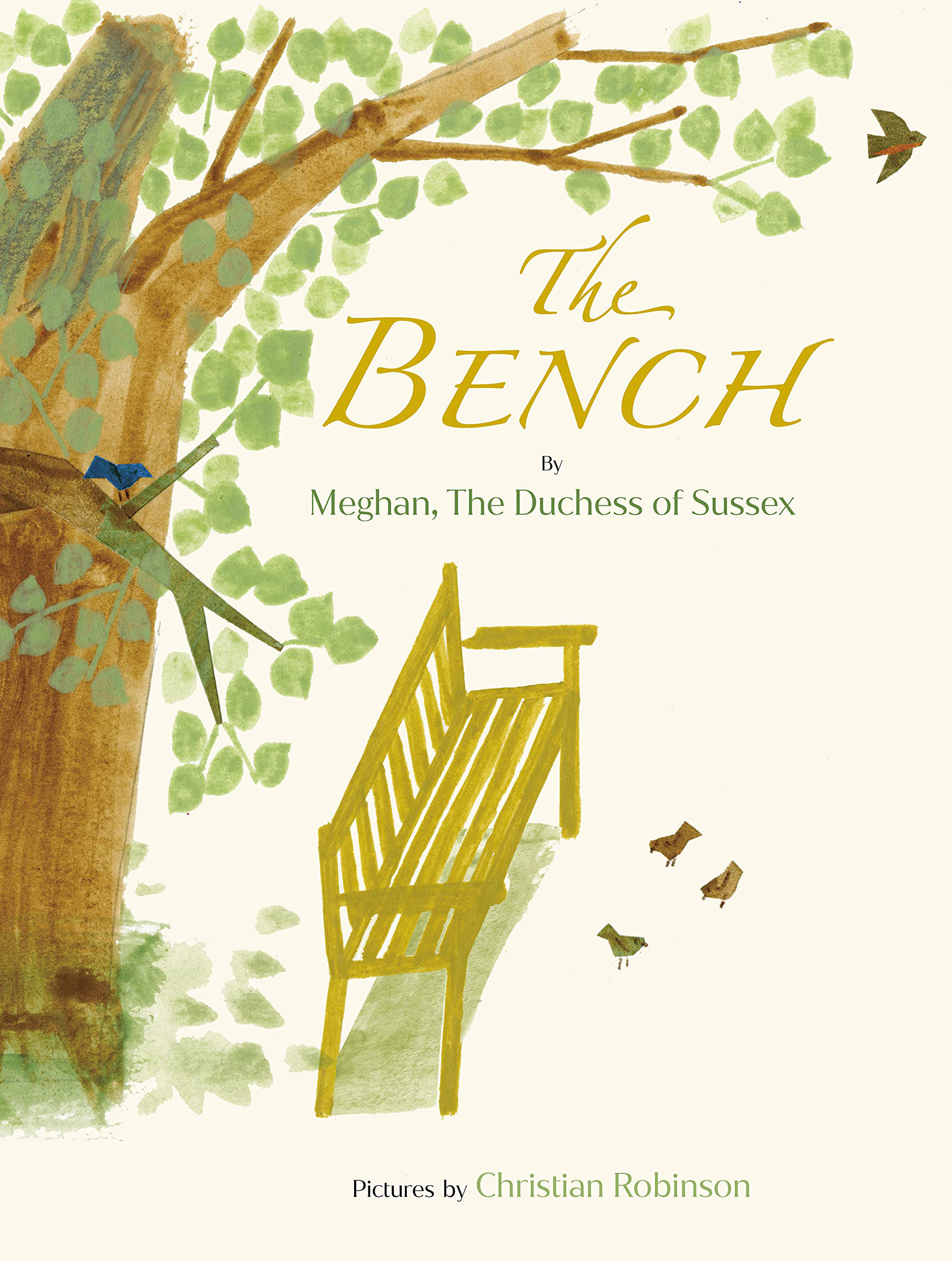 They showed off the chickens during their blockbuster interview with Oprah Winfrey in March.

Markle has gifted copies of “The Bench,” published by Random House Children’s Books, to her Hollywood friends, with LA-based photographer Gray Malin promoting the book to his 35,400 followers on Instagram on Friday, sharing a clip as he opened the first page to reveal an unseen illustration of Harry and Archie.

Her close friend, Pilates instructor Heather Dorak, also posted her copy online, which featured a penned note from Markle that read, “From one momma to another – for the love of our boys.” 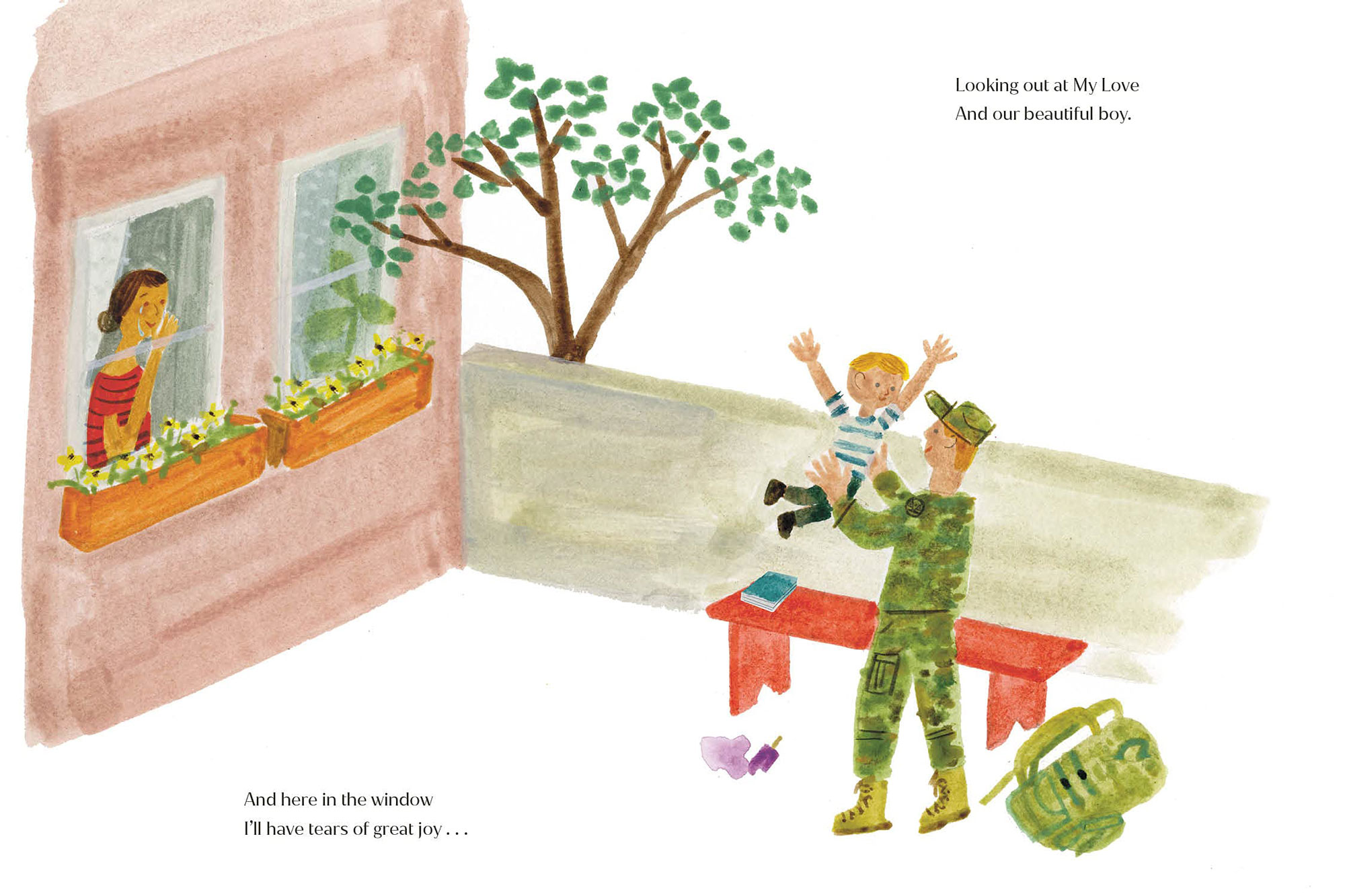 In one illustration previously released, a red-headed soldier, resembling Harry, wearing an American-style Army cap is seen holding his young son aloft as a woman watches on crying from a window.

Harry served in Afghanistan with the Blues and Royals and the words read: “This is your bench, Where life begins, For you and our son our baby, our kin.”

The first illustration in the book is also one of Harry and Archie walking hand-in-hand together. The Duke of Sussex can be seen wearing a gray polo shirt and blue jeans.

Another image features a father with his baby boy sleeping on a lounger outside. A media release said the book featured a “diverse group of fathers and sons.” 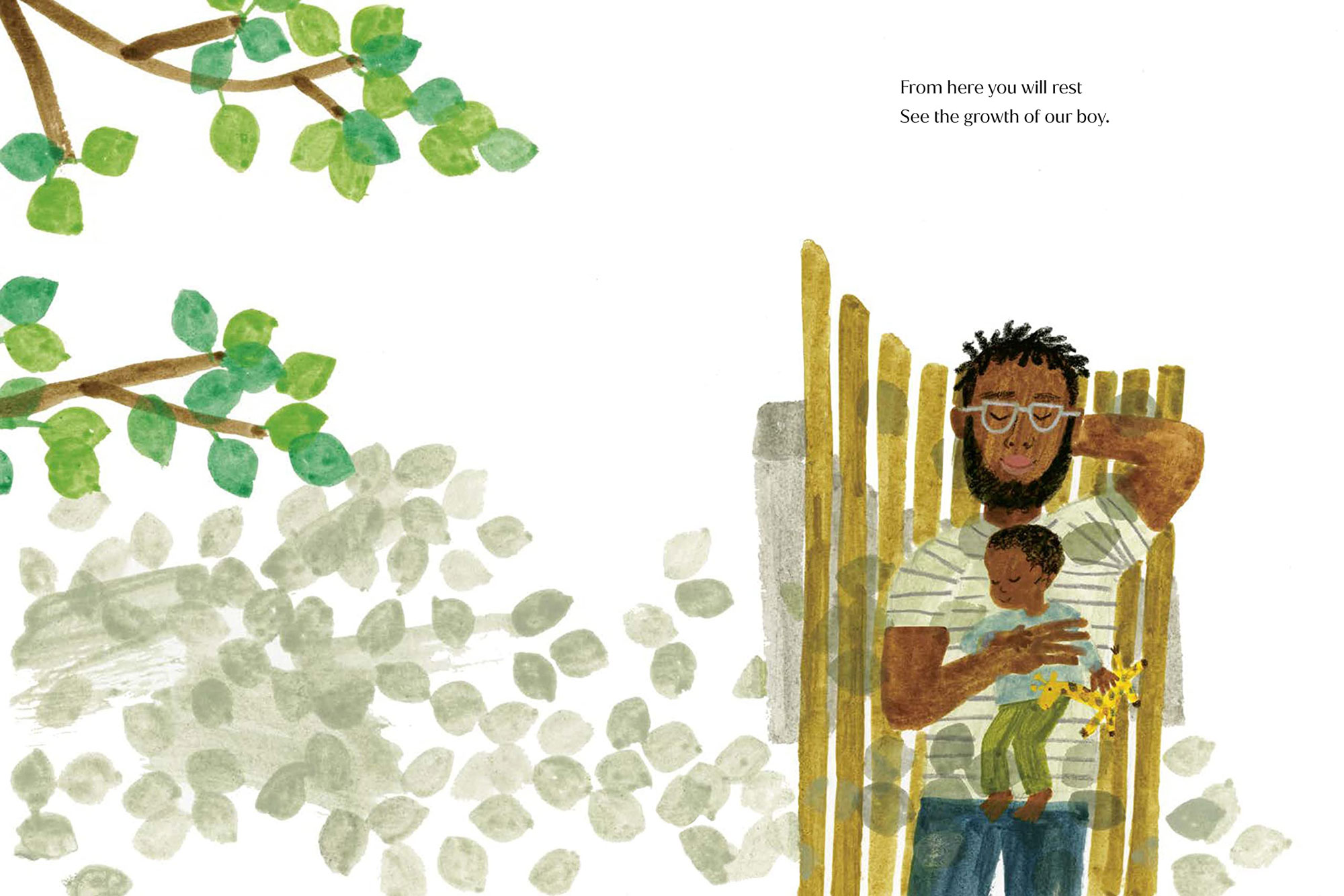 Markle, who uses the pen name Meghan, the Duchess of Sussex, also recorded the audiobook, which will be available for $6.95.

She said in a statement: “The Bench started as a poem I wrote for my husband on Father’s Day, the month after Archie was born.

“That poem became this story. Christian layered in beautiful and ethereal watercolour illustrations that capture the warmth, joy, and comfort of the relationship between fathers and sons from all walks of life; this representation was particularly important to me, and Christian and I worked closely to depict this special bond through an inclusive lens.

“My hope is that The Bench resonates with every family, no matter the makeup, as much as it does with mine.”

It is not known how much Markle received an advance for the book and whether any of the proceeds will be donated to charity, but branding experts have suggested she could have scooped about $700,000 following a bidding war.