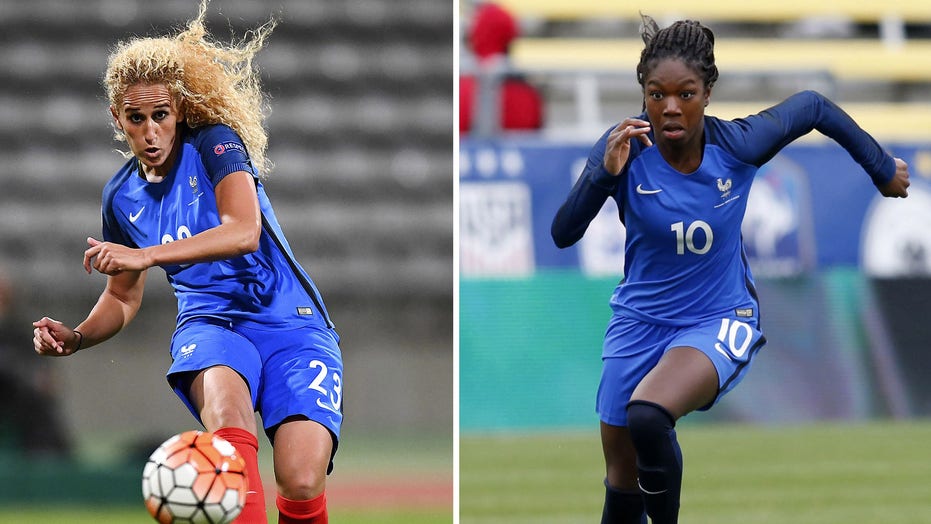 French soccer player Aminata Diallo was arrested on Wednesday in connection with an attack on Paris Saint-Germain teammate Kheira Hamraoui who was struck in the legs by two masked men wielding iron bars, the team confirmed.

PSG released a statement on the club’s website confirming the midfielder’s arrest as part of the Versailles Regional Police Service’s investigation into the attack on Hamraoui last Thursday. 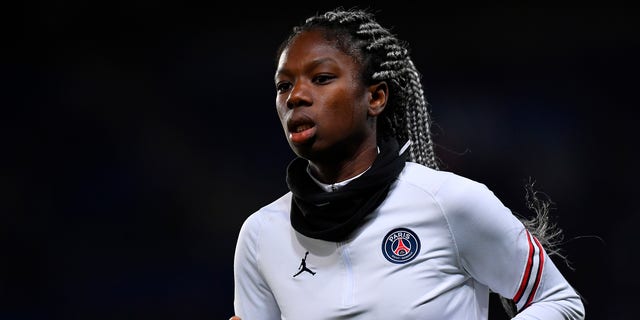 Sources told ESPN that the two players were in Diallo’s car with two other teammates the night of the attack when two men wearing ski masks dragged Hamraoui out of the car and began hitting her on the legs with iron bars.

According to the report, the attack lasted two minutes before the men escaped. 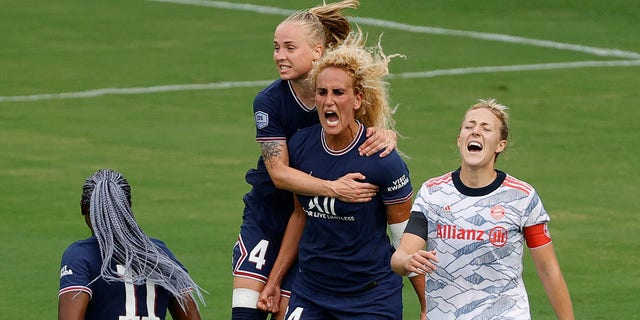 LOUISVILLE, KENTUCKY – AUGUST 18: Paulina Dudek #4 and Kheira Hamraoui #14 of Paris Saint-Germain celebrate a goal by Hamraoui during the second half against FC Bayern Munich at Lynn Family Stadium on August 18, 2021 in Louisville, Kentucky. (Photo by Tim Nwachukwu/Getty Images)

“Paris Saint-Germain is working with the Versailles Police to clarify the facts,” the statement said of Diallo’s arrest. “The Club is paying close attention to the progress of the proceedings and will study what action to take.”

Sources said Hamraoui was taken to the hospital where she sustained injuries that were not career-ending. 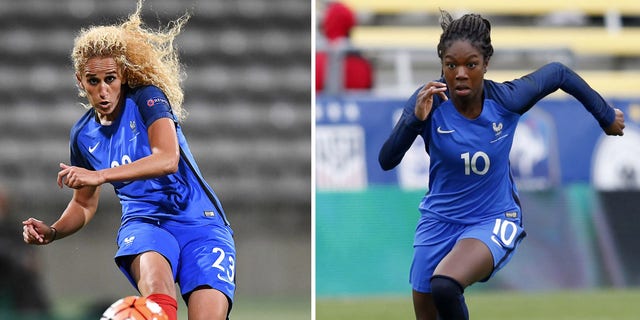 This combination of file photographs created on November 10, 2021, shows (L) France’s midfielder Kheira Hamraoui as she kicks the ball during the women’s Euro 2017 qualifying football match between France and Albania at The Charlety Stadium in Paris on September 20, 2016 and (R) France’s midfielder Aminata Diallo as she runs with the ball during a ‘SheBelieves Cup’ football match between France and England at The Mapfre Stadium in Columbus, Ohio on March 1, 2018.
(Franck FIFE and Paul VERNON / AFP)

According to the report, the players are in competition for the same position for both the national team and PSG.