I’ve just heard that an Australian actor has been cast in Game of Thrones spin-off House of the Dragon. Is this a big deal?
For 20-year-old Milly Alcock, absolutely. You may not know her yet but you will. In fact, there’s a small chance you might know her already – she’s had roles in some decent local shows such as The Gloaming and Upright (in which she shared the screen with Tim Minchin and a piano). But the GoT universe represents an enormous step up in terms of visibility. I mean, did you know who Kit Harington (Jon Snow), Emilia Clarke (Daenerys Targaryen) or Richard Madden (Robb Stark) were before Game of Thrones? Thought not. 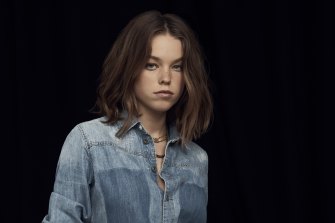 Australian actor Milly Alcock, 20, has been cast in the first of six planned Game of Thrones spin-offs.

But Game of Thrones is done and dusted isn’t it?
Yes it is. But there’s plenty of life (and cash) left in the universe spawned by George R. R. Martin and his series of massive and still-evolving novels. House of the Dragon is based on Martin’s 2018 novel Fire & Blood, and is not part of the seven-book (five of which have actually been written) A Song of Ice and Fire series, which gave us GoT. 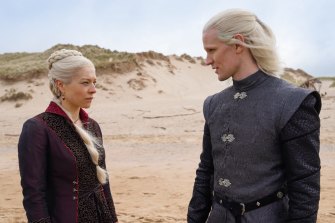 So it’s not a Game of Thrones thing?
Well, yes and no. It is set 300 years before the events in Game of Thrones, “a time when dragons ruled Westeros”, as the blurb has it, and focuses on House Targaryen, that bunch of blondie inbreds who gave us the Mother of Dragons in GoT.

Right. And who does Milly Alcock play?
A Targaryen, of course. She’s been cast as a younger version of Princess Rhaenyra Targaryen, who vies with her younger half-brother Aegon for the throne following the death of their father Viserys (Paddy Considine). The older version of her character will be played by Emma D’Arcy, in a cast chock-full of British actors. Continuing his run of royal roles, Matt Smith (Prince Philip in the first two seasons of The Crown) is in it too, playing the younger brother of the king.

And that’s it for Game of Thrones spin-offs?
You must be joking. This dragon malarkey has been an absolute cash cow, and HBO is determined to milk it until it’s dry. There are no fewer than six GoT spin-off projects in the works. In fact, Dragon is based on just a part of Fire & Blood, so you couldn’t rule out a spin-off from this spin-off at some point as well. How many actually take flight remains to be seen, but this one is already shooting and is due on our screens next year. Oh, and there’s a Broadway play in the works. At this rate, winter may never end.