Giant Hogweed UK MAPPED: Find out if toxic plant grows near you – ‘Can cause injury’

Giant Hogweed is counted among the greatest threats to lovers of the great outdoors due to its incredibly potent sap. The plant, officially named Heracleum Mantegazzianum, can cause severe burns and blister and even blindness in some cases. According to the Royal Horticultural Society (RHS) different species of the invasive plant are at large in the UK and as such, pose a risk to public health.

The RHS said: “Although this striking plant can be attractive in certain situations, most gardeners will want to eradicate it, as it is potentially invasive and the sap can cause severe skin burns.

“It is widely distributed in the wild and poses a serious risk to people who are unaware of its potential for harm.”

Late last month a 40-year-old dad was left in excruciating pain after his leg brushed up against the plant in the southside of Glasgow.

Paul McGeachin, who suffered third-degree burns and blisters, said: “I didn’t know anything about it. I was none the wiser until the next day when I first felt irritation on my skin.” 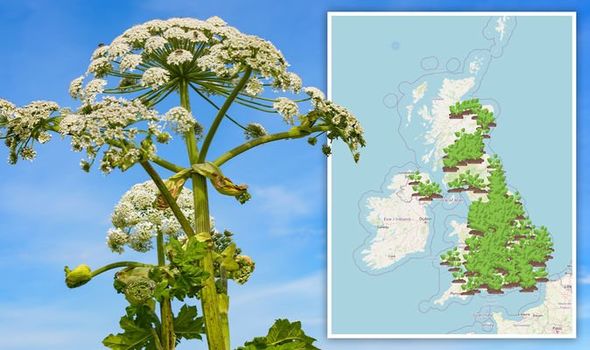 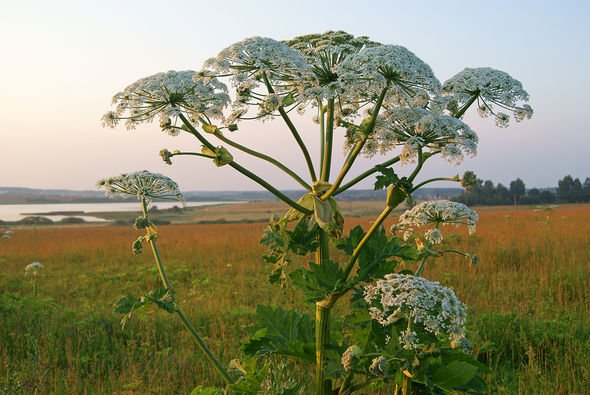 How to identify Giant Hogweed plants:

Giant Hogweed is a formidable foe although many people might not realise what the plant looks like.

However, according to a UK review site for sheds, there are a number of tips you can keep in mind every time you go for a trek in the countryside.

The tips were compiled by WhatShed.co.uk, which has included an interactive map of Giant Hogweed sightings on its website.

Giant Hogweed is most typically found near canals and rivers although sightings are reported all across the UK.

Giant hogweed: Gardener reveals why plant should be avoided

A fully grown Giant Hogweed can grow up to five metres tall and spread out by one to two metres.

Here is everything you need to know to identify the toxic plant:

Stems: The plant’s stems are green with purple blotches and white hairs.

You should notice a thick circle of hair at the base of each stalk.

Leaves: Giant Hogweed’s leaves are large and can grow between 1.5 and three metres long.

The leaves are divided into smaller leaves that resemble those of the rhubarb plant, with a hairy underside.

Flowers: The flowers typically appear in June and July, and look like small clusters of upward-facing white flowers.

Seeds: The seeds are roughly one centimetre long, dry and have a flattened, oval shape. 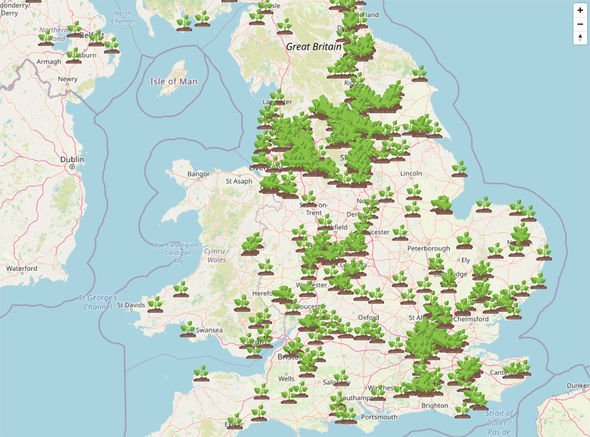 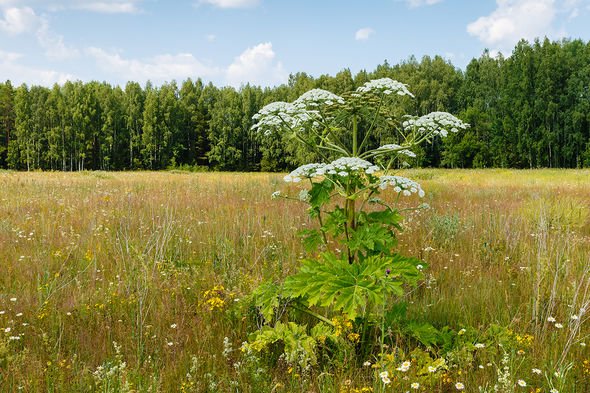 How to track Giant Hogweed sightings:

Thanks to WhatShed.co.uk, you can access an interactive map of Giant Hogweed sightings across the country.

If you ever stumbled across the plant in the wild, you can also add your own sighting to help protect other people.

Simply fill out the form on the website and the information will be passed onto the Biological Records Centre for verification.

Sightings have been made near the Peak District National Park, London, Newcastle and Belfast.

You could previously track the plant with the PlantTracker app.

However, due to a lack of funding, the app is no longer available.

Kate Fromings of WhatShed.co.uk said: “As gardeners and lovers of outdoor spaces, we believe that it is important to take responsibility when we are enjoying these spaces.

“Whether that’s by picking up litter or reporting Giant Hogweed sightings, we believe that this is the right thing to do and urge others to do similar.

“It’s such a shame that the previous tracking app could no longer find the funds to continue.

“It’s a good cause which is why we are hoping that the wider community can contribute.

“These plants are nasty and can cause injury to both humans and animals, so the sooner we track it down, the sooner we can warn others and help them to safely enjoy the great outdoors.”