Heather and Terry Dubrow are back with a new eating regimen! The couple’s latest creation, The Dubrow Keto Fusion Diet, which is both a book and a nutrition plan, draws on the best parts of the ketogenic diet and interval eating to provide secrets to weight loss success.

“We have a new diet book that’s called The Dubrow Keto Fusion Diet that mixes the best of the two top diets, which are intermittent fasting … and the keto diet,” Terry, 61, told Us Weekly exclusively earlier this month.

Though both eating regimens are very popular, Terry and Heather, 51, sought out to make them more accessible, yet still effective and healthy, so they combined the best parts of each. “The problem with both of the diets is intermittent fasting is challenging because you’re not eating all day, and the keto diet is challenging because you don’t get to eat fruits and vegetables and carbohydrates, so it’s not sustainable and not particularly healthy,” the plastic surgeon explained. 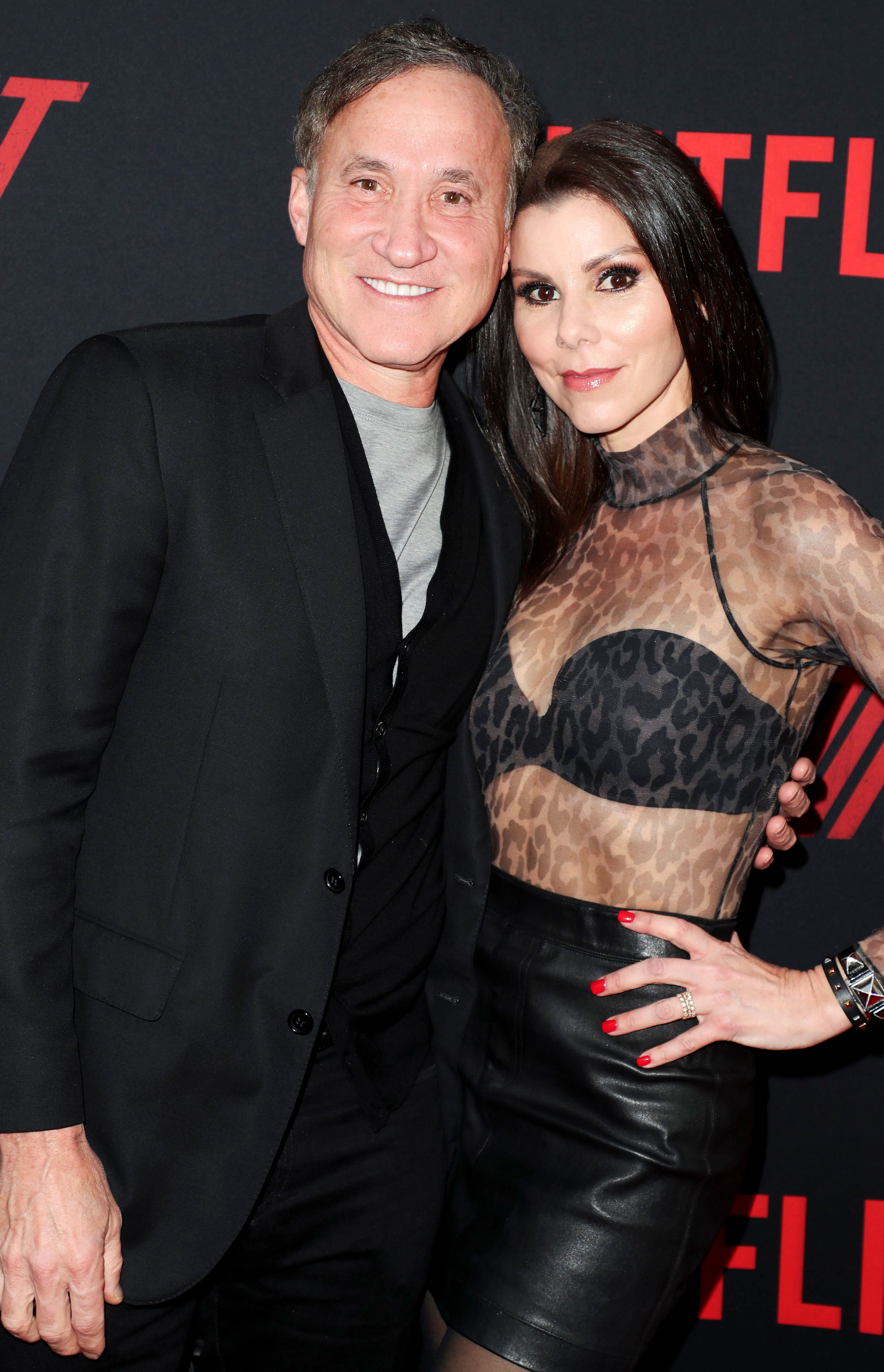 “But we found a science-based plan that combines the benefits of both without the disadvantages of either,” Terry added. “It’s prescriptive, but it’s very, very simple. It’s very sustainable … you get to fat burn all day long while you’re eating.”

The plan, which is outlined in The Dubrow Keto Fusion Diet book, allows both fruit and alcohol, which is something the Botched star was happy about considering Heather told Us he “hated keto.”

“I was down on keto because you really can’t have fruits and vegetables. It’s so low carbohydrate that if you eat one apple, you’re out of the traditional ketogenesis diet, so it’s not sustainable,” the reality star argued. “But what this does, it allows you to have a reasonable amount of carbohydrates each and every day, allowing you fruits and vegetables, but it sends you into a ketosis during the day, and then out of it at night, and then back in it the next day.” 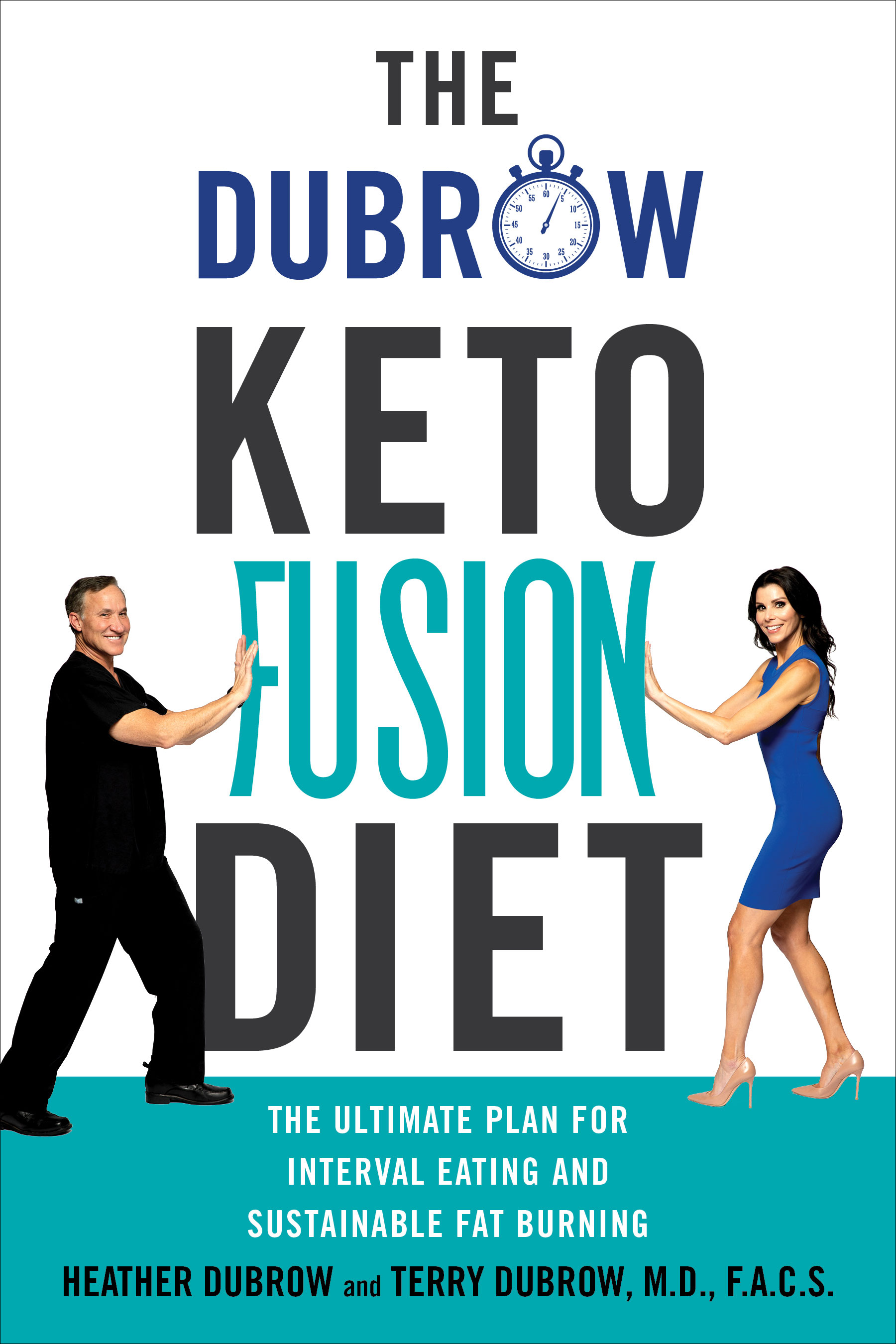 According to Terry, this diet is similar to keto in that it enables your body to use fat for fuel during the day, while still allowing you to have some of the popular foods you crave at night, which would traditionally be forbidden on the keto diet.

In other words, certain “cheats” are permitted on the Dubrow Keto Fusion Diet, such as alcohol. “How could you live without that?” Heather quipped. “That was one of the things we didn’t like about the keto diet.”

Terry added that this diet, which is a follow-up to 2018’s The Dubrow Diet, also allows other foods that are typically not permitted on keto. “We’ve made it very easy,” he said. “It’s a very simple plan that allows you to eat during the day as opposed to fasting all day, but allows you to have fruits and vegetables also.”

Heather compared the duo’s diet to a popular exercise technique, adding: “You’ve got to think of it sort of like high-intensity interval training, which we’re all very used to when it comes to exercise. You raise and lower your heart rate and that’s how we train the body. It’s the same exact idea, is that we’re coming in and out of ketosis, training the body that way.”

While the Real Housewives of Orange County alum clarified that her children with Terry — twins Nicholas and Maximillia, 16, and daughters Katarina, 13, and Collette, 9 — don’t stick to the diet, they do follow a similar eating plan when they’re home. “When it comes to the family, they’re not on a program per se, but so many of the meals in here are family-friendly that it’s just easy, and we did it that way on purpose,” the Bravo personality told Us. “Not that my 9-year-old is on The Dubrow Keto Fusion Diet, but she enjoys many of the dishes we make.”