Ford was either 115 or 116 years old depending on which census report was accurate. According to the Gerontology Research Group, which tracks “supercentenarians,” her age was listed as 115 years and 245 days. As of July 30, she was the oldest person on record living in the United States.

Ford died Saturday after living through the 1918 influenza and COVID-19 pandemics, two world wars and the dawn of the civil rights movement. Her great-granddaughter Tanisha Patterson-Powe said in a statement obtained by CBS affiliate WBTV that her “light shined beyond her local area.”

“She not only represented the advancement of our family but of the Black African American race and culture in our country,” Patterson-Powe said. “She was a reminder of how far we have come as people on this earth. She has been celebrated all over the world by local governments, community leaders, social media, foreign dignities and Presidents as a cherished jewel of society for holding the honor of being the oldest living person in America.” 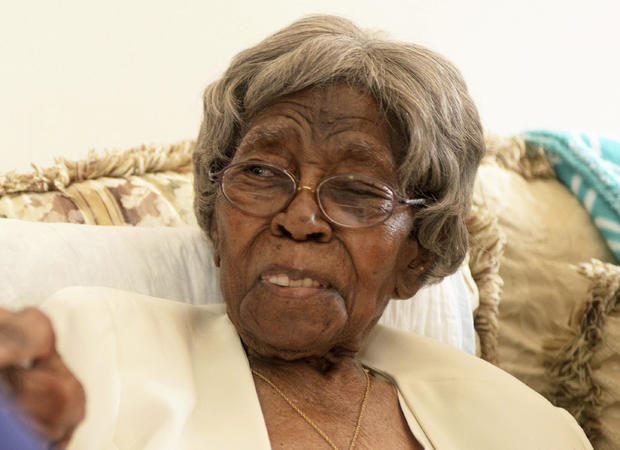 Ford was born in Lancaster, South Carolina and grew up working on a farm where she planted and picked cotton, plowed the field and cut wood.

She was married to John Ford, a steelworker, for 45 years, and together they moved to Charlotte, North Carolina in 1953. She stayed in the city ever since, and becoming fixture in her community. She was a longtime member of Macedonia Baptist Church where prior to the coronavirus pandemic, she attended each first Sunday of every month for communion. Last year, county commissioners declared September 1 as Hester Ford Day in Mecklenburg County, WBTV reported.

“Although she has passed, her legacy and memory will continue to live on through her family and everyone she has touched to make the world a better place for generations to come,” Patterson-Powe said.