Talk about a blast from the past! Hilarious video resurfaces showing the retro technology used to check your emails on the go in 1984

A hilarious video from 1984 demonstrating the now retro-looking — but then cutting-edge — technology used to check emails when travelling overseas has resurfaced.

Posted on Twitter by news anchor Jon Erlichman, the British TV clip features one of the first-ever notebook-style computers and an acoustic coupler-style modem.

In it, the presenter undertakes two attempts to demonstrate how the now unusual looking modem works — with the first thwarted by a lack of coins for the payphone. 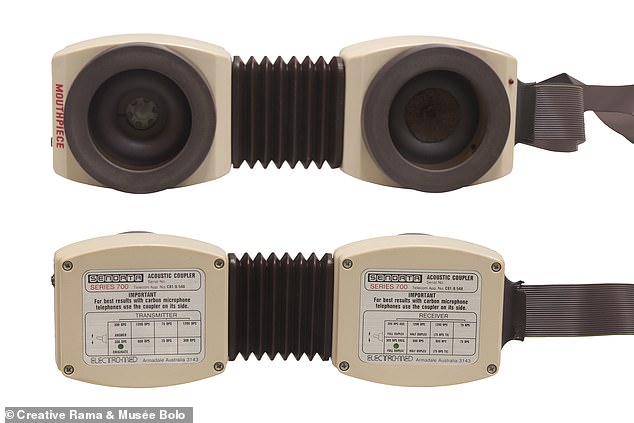 Posted on Twitter by TV anchor Jon Erlichman, the two-minute clip features one of the first-ever notebook-style computers and an acoustic coupler-style modem (like pictured) 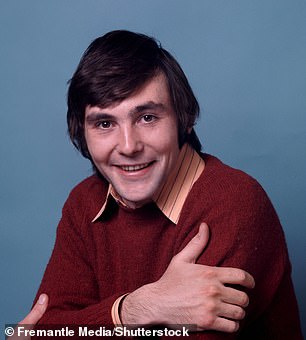 The clip is an excerpt from an episode of Thames TV’s computing-themed series, ‘Database’ which aired on June 07, 1984.

In it, presenter Tony Bastable — who is perhaps better known his role on the ITV  children’s programme ‘Magpie’ — endeavours to demonstrate how to send and receive emails via a public pay phone while travelling across Japan on board a train.

‘For the businessman on the move, one of the most significant developments over the last couple of years or so has been in the introduction of pieces of kit like this — the truly portable computer,’ Mr Bastable explained in the video.

The computer in question is TRS-80 Model 100. First sold in Japan in 1983, one year before the clip was broadcast, the battery-powered, notebook-style machine sported a built-in keyboard and a liquid crystal display.

Originally manufactured by the Kyocera Corporation (and sold in Japan as the ‘Kyotronic 85’), the computer’s design was eventually sold to Tandy, who sold the machines via Radio Shack in the US and Canada and affiliated dealers elsewhere.

‘You can work it anywhere, whether in train seat or aircraft seat,’ Mr Bastable said in the video, demonstrating some of the computer’s functions.

‘Here, I can do a bit of programming and work out my daily schedule, I can look at a file I might have been preparing for a company report, I can keep up to date with my address list, do all sorts of things.’

‘But, if information technology is really about the convergence of computers with telecommunications, then obviously the big advantage of a piece of technology like this is to be able to couple it up back to my home base over the telephone line.’ 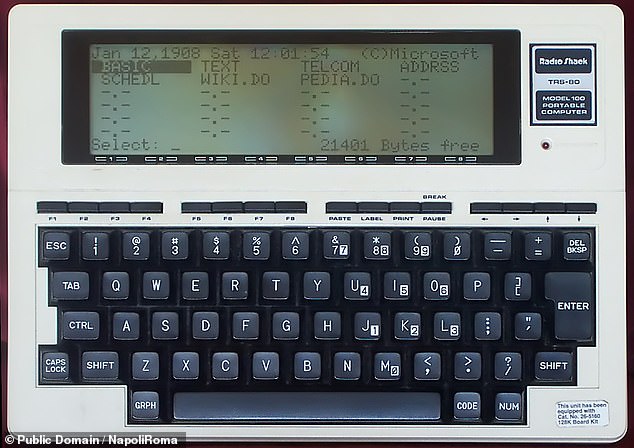 The computer demonstrated in the video is TRS-80 Model 100 (pictured). First sold in Japan in 1983, the battery-powered, notebook-style machine sported a built-in keyboard and a liquid crystal display. In total, some 6 million units of the TRS-80 Model 100 were sold, retailing for the equivalent today of £1,986 (for the 8 KB version) or £2,529 (for the 32 KB model)

Alas, Mr Bastable and his production team’s efforts to demonstrate the modem connection on board the train is thwarted — in part because of a lack of the change needed to dial out to Britain using the public payphone.

‘Added to which, when we did test it, the line is too noisy for this particular modem. Still, you can’t win ’em all!’ Mr Bastable quipped.

More success is had in the second half of the clip, where the team retreat to a hotel room and link up a connection to the computer overseas using the room’s rotary-dial telephone — and download email onto the computer to read.

‘And of course, I could perform the whole process in reverse,’ Mr Bastable said.

I could sit here and send messages from my computer to the computer in London to be picked up by the electronic mailbox in the Database office — if only I could think of something to say!’ he joked. 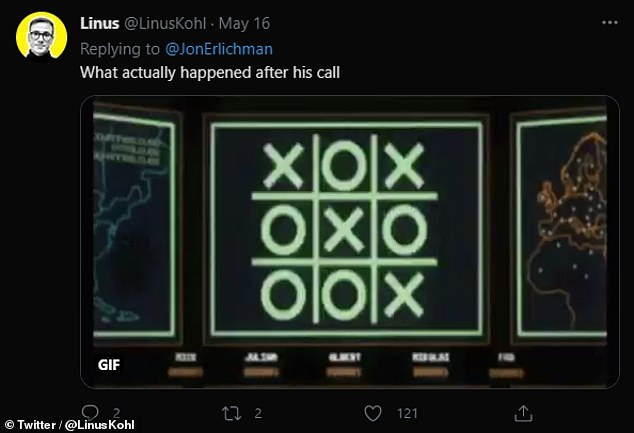 The clip received mixed reactions on Twitter. Pictured, a reference to the 1983 film ‘War Games’, which prominently featured an acoustic coupler early on in the movie 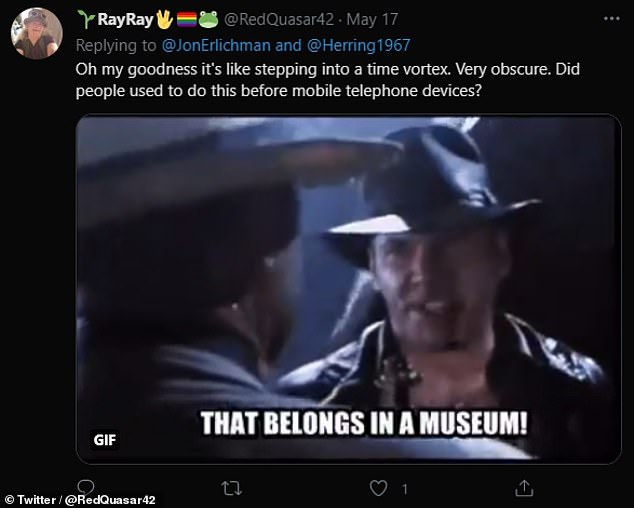 Meanwhile, @RedQuasar42 tweeted: ‘Oh my goodness it’s like stepping into a time vortex. Very obscure. Did people used to do this before mobile telephone devices?’

Meanwhile, @RedQuasar42 tweeted: ‘Oh my goodness it’s like stepping into a time vortex. Very obscure. Did people used to do this before mobile telephone devices?’ 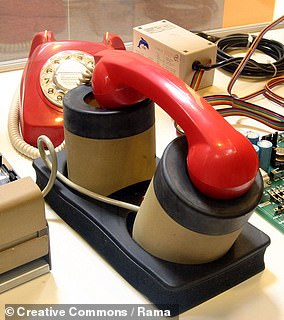 An acoustic coupler — into which a telephone handset’s transmitter and receiver could be fitted by means of rubber seals — allowed a link between a computer and a phone line.

Electrical signals sent down a line would be converted to sound by the telephone and picked up by the modem’s receiver and converted back again, or vice versa.

The principle works much in the same way that you can hold up two telephone handsets against each other to allow callers on different lines to talk to each other.

Acoustic couplers were a popular choice for travelling and intended to work with any phone, but non-standard handsets often led to a poor fit and bad connection — and the interfaces were vulnerable to background noise.

They grew out of general fashion when the Hayes command set became the standard for modems and direct electrical connections into telephone networks became the dominant method for linking up a modem.

However, acoustic couplers were still in use at least into the late nineties, predominantly by individuals travelling in areas where having an electrical connection into the phone network was either impractical or remained illegal.