Holby City spoilers: Andrei's life in Kian's hands and the end of Ange and Josh? 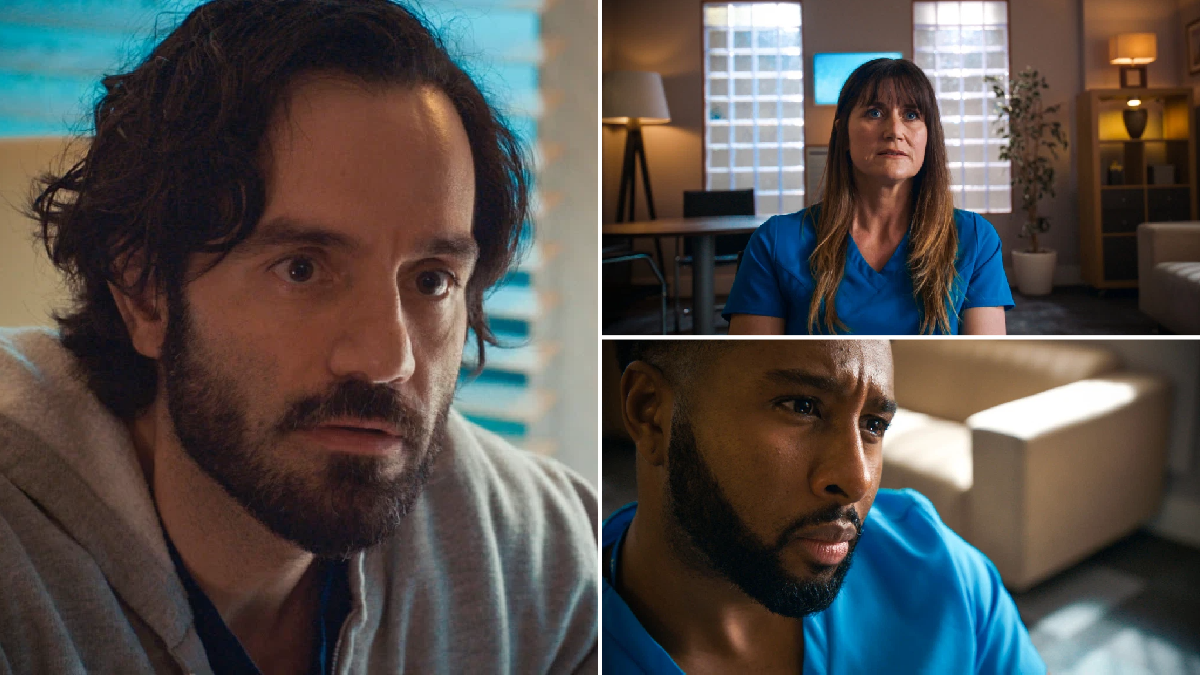 In tonight’s Holby City Lucky Simpson (Vineeta Rishi) chooses the day of Andrei (Sonny Poon Tip)’s surgery to get Kian (Ramin Karimloo) off the pills he’s addicted to. What could possibly go wrong as Kian faces a delicate operation where his friend’s life is in his hands?

Meanwhile, Lucky tries to cancel the call she put in to social services about Andrei, but it seems that someone didn’t get the message. Has Lucky just brought even more trouble to Kian’s door?

Fletch (Alex Walkinshaw) is furious to learn that his daughter Evie (Phoebe French) is still seeing Andrei. Knowing the kind of violent people that Andrei is mixed up with, Fletch fears for his daughter’s safety and tries to forbid her from seeing him.

If there’s one thing we know about Fletch’s kids it’s that they’re independent spirits and Evie won’t be told what to do by her father. Is she heading for disaster?

Ange (Dawn Steele) and Josh (Trieve Blackwood-Cambridge)’s relationship is under the spotlight tonight as they’re both summoned to Henrik Hanssen (Guy Henry)’s office. He wants to know whether the allegations he’s heard that Ange is carrying out a relationship with a junior colleague are true. He’s obviously expecting them to deny it and is somewhat rattled when both of them confirm that it’s true.

But who reported them? And what action will Hanssen take? Is it the end for Ange and Josh?

Dominic (David Ames) is irritated when a patient insists she wants to be treated by Sacha (Bob Barrett) rather than by him. As acting clinical lead he’s medically more than qualified to do the surgery, but there’s nobody who has a bedside manner like Sacha, least of all the easily irritated Dominic who is focused on making the ward more efficient and getting waiting times down.

And Hanssen consults Max (Jo Martin) about a difficult decision.

If you’ve got a soap or TV story, video or pictures get in touch by emailing us so[email protected] – we’d love to hear from you.