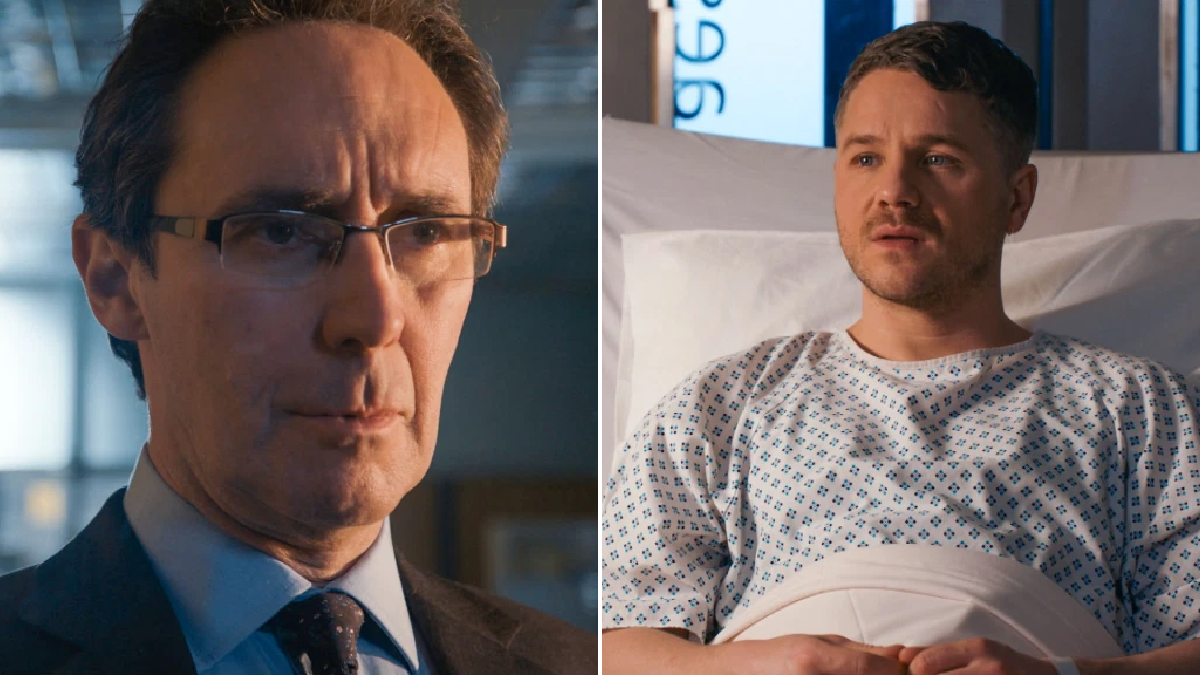 Henrik Hanssen (Guy Henry) has a lot on his mind in tonight’s Holby City, as the upcoming court case against Reyhan Shah (Raad Rawi) weighs heavily on him.

When Reyhan returns to Holby as a patient, Hanssen once again has to deal with his abuser face to face – and this gives Reyhan the opportunity to get into Hanssen’s head again, trying to distort his view of the events of the past. Reyhan claims that nobody will believe Hanssen in court.

With every encounter, Reyhan is causing him such pain, will Hanssen be able to go through with the case?

It all hinges on Dominic being admitted to Keller as an emergency, pretending to be in terrible pain. Unfortunately, Sacha isn’t the first doctor to see Dominic when he arrives, as Ange (Dawn Steele) insists on examining him. Will she work out what Dominic and Sacha are up to?

Fletch (Alex Walkinshaw) is trying to settle in to his new job as CEO, but as he takes his seat behind the Desk of Power he’s not at all comfortable with his new role. Donna (Jaye Jacobs) is pleased to have a fellow nurse in charge of the hospital, but Fletch finds keeping everybody happy isn’t easy.

Maybe new Director of Funding Jeni Sinclaire (Debra Stephenson) will be able to offer him some support?

Kian (Ramin Karimloo)’s drugs withdrawal, under the supervision of Lucky Simpson (Vineeta Rishi), is apparently going well and she wants to decrease the dose of the medication he’s taking.

But Kian still has the problem of Andrei Tarpov (Sonny Poon Tip) to contend with. Lucky thinks he should hand Andrei over to the authorities, but Kian comes up with an alternative plan. Is he heading for disaster again?