CHELSEA and Manchester City go head-to-head in the final of the Champions League this weekend.

The Premier League giants have flown out to Portugal in preparation of the big game at the Estadio do Dragao. 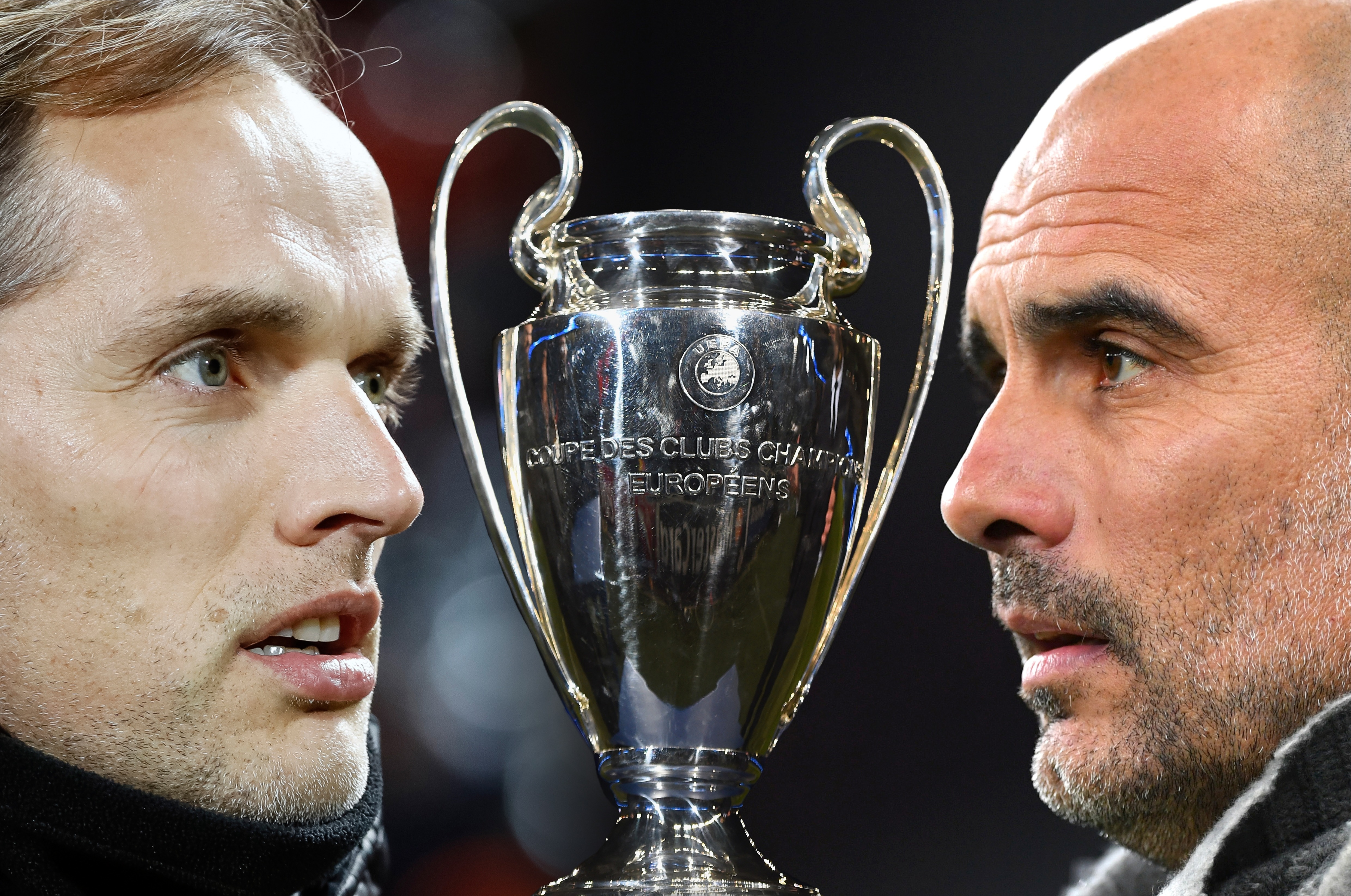 But both Thomas Tuchel and Pep Guardiola will have some huge decisions on their hands.

Man City are chasing their first-ever Champions League crown, while the Blues are aiming to end a nine-year drought.

But how could both teams line-up for the all-important final as they aim to get their hands on the famous trophy? 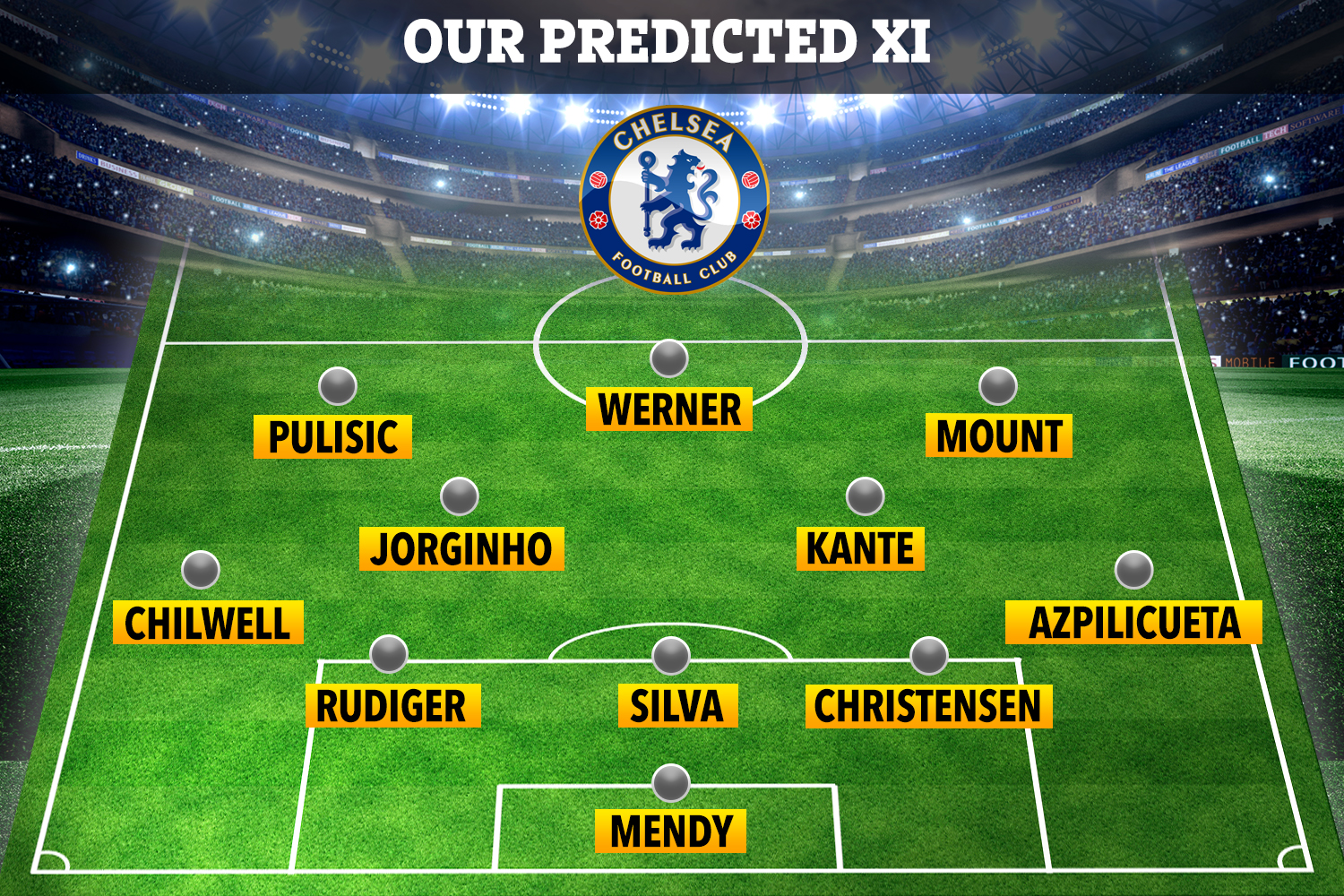 CHELSEA were given a major boost after Edouard Mendy returned to training on Wednesday.

The Senegal stopper picked up a rib injury after colliding with the post in the 2-1 defeat to Aston Villa last weekend.

Kepa Arrizabalaga was being prepped to start the City showdown in Porto, but it's looking unlikely the Spaniard will be needed.

In defence, Tuchel will have a question mark over how to deal with the right-wing-back spot.

Reece James is the best all-round player in that position, but Cesar Azpilicueta is arguably better defensively and boasts bags of experience.

The Spaniard could be deployed on the right of the central three, but with Andreas Christensen, Thiago Silva and Antonio Rudiger in good form, his best chance could be on the right flank.

Ben Chilwell is almost certain to start at left-wing-back. 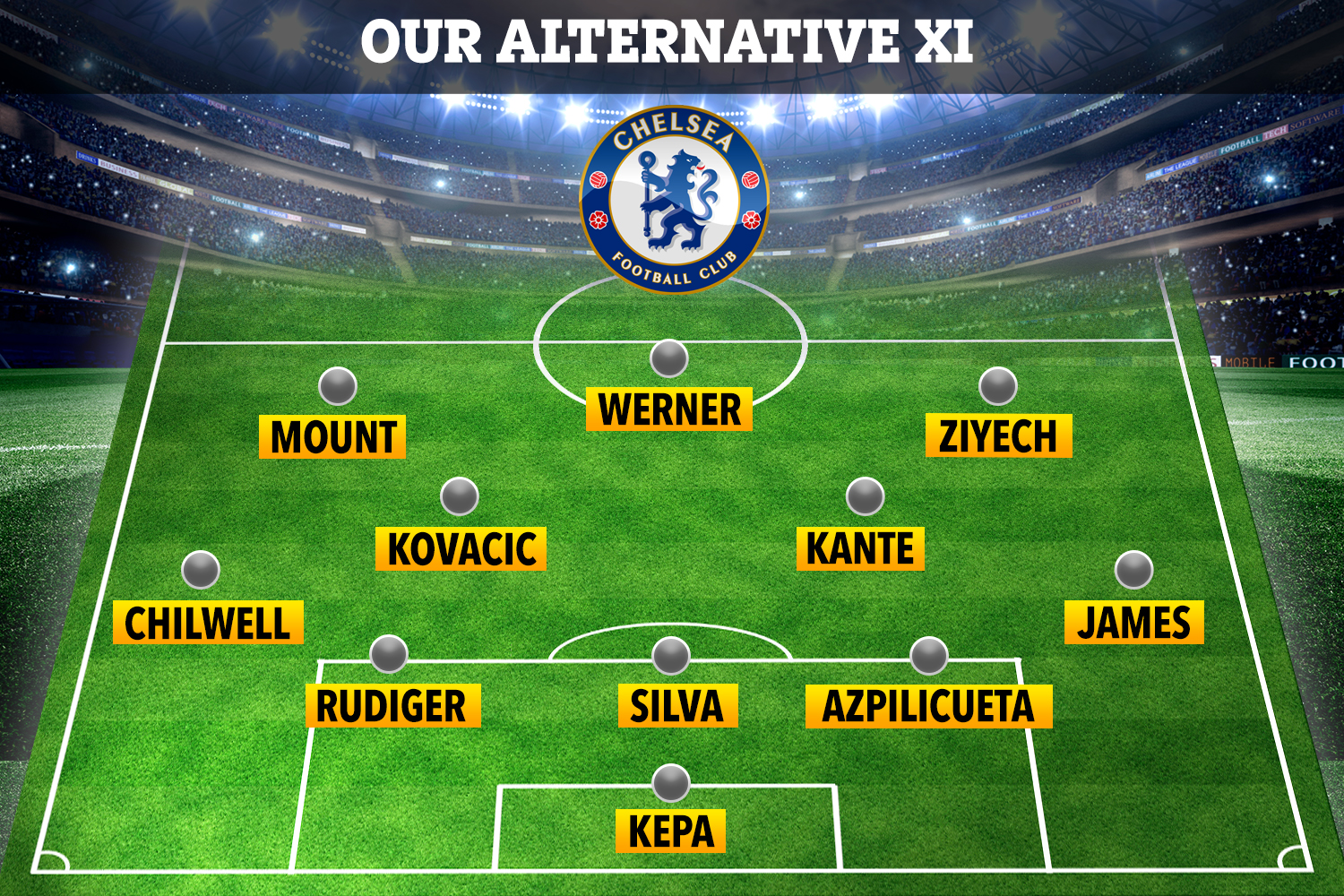 N'Golo Kante has recovered from injury and could partner Jorginho in the heart of midfield, with Mateo Kovacic only recently back from a knock of his own.

Tuchel will then have a big dilemma further up the pitch, with a hoard of attacking options to choose from.

Timo Werner looks likely to spearhead the attack ahead of Olivier Giroud and Tammy Abraham despite his indifferent season.

Mason Mount is as certain as anyone in the Chelsea squad to start in one of the attacking positions behind the German.

Tuchel could turn to any of Christian Pulisic, Callum Hudson-Odoi, Kai Havertz or Hakim Ziyech to take the final spot in his attack.

And in what could be a tense game, even the smallest selection mistake could prove costly. 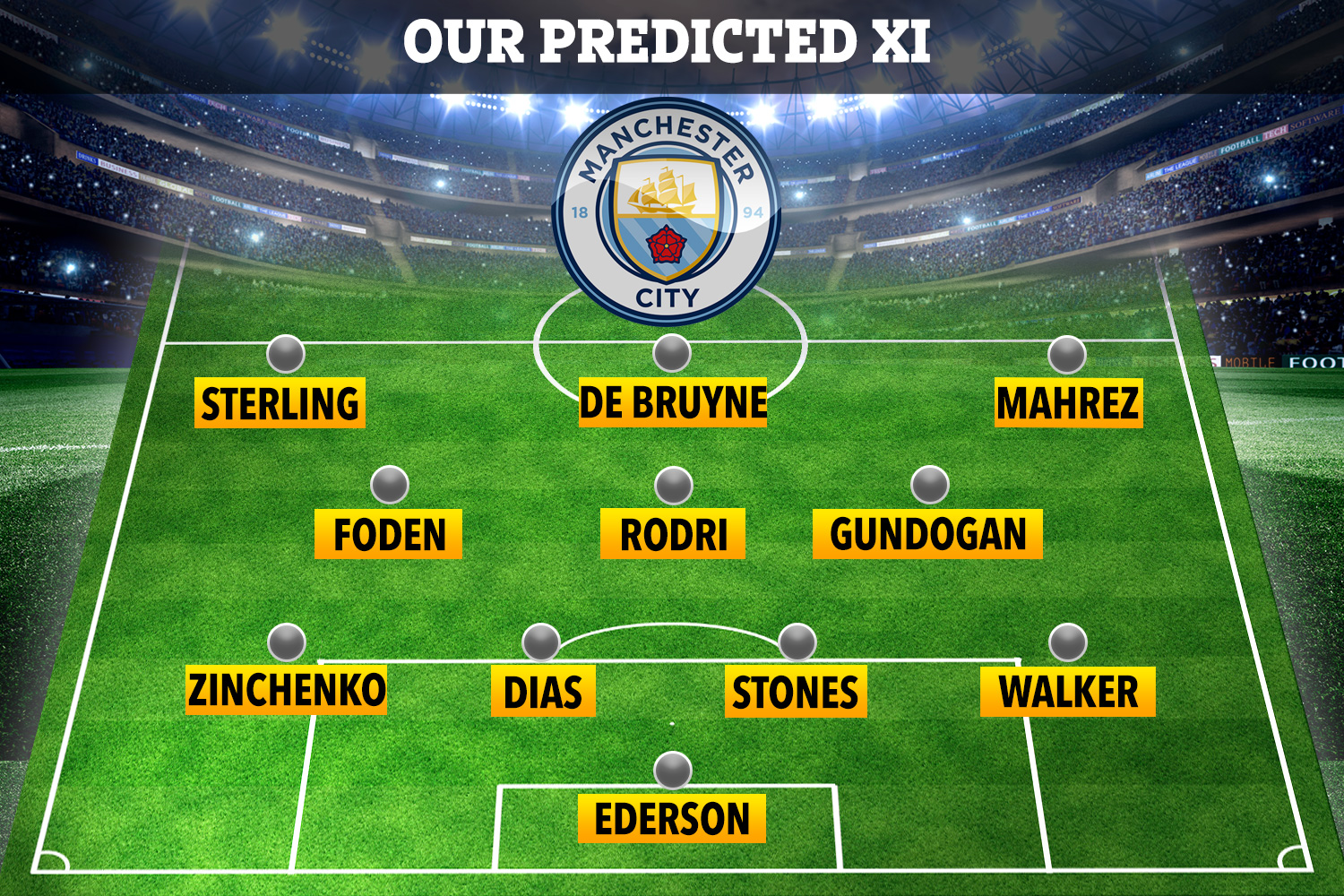 WITH such an embarrassment of riches in his squad, Guardiola will really have a fight on his hands deciding on his best XI for such a big game.

City have made no bones about the fact they're desperate to win the Champions League for the first time in the club's history.

And Guardiola could opt for a bold strategy in Porto by playing Kevin De Bruyne in a 'false nine' role.

But it's expected neither will start as Pep packs his starting XI with midfielders, calling on his South American duo should he need a goal in the second-half.

Guardiola will have to likely somehow choose two of Phil Foden, Raheem Sterling, Riyad Mahrez and Ferran Torres to start on the wings. 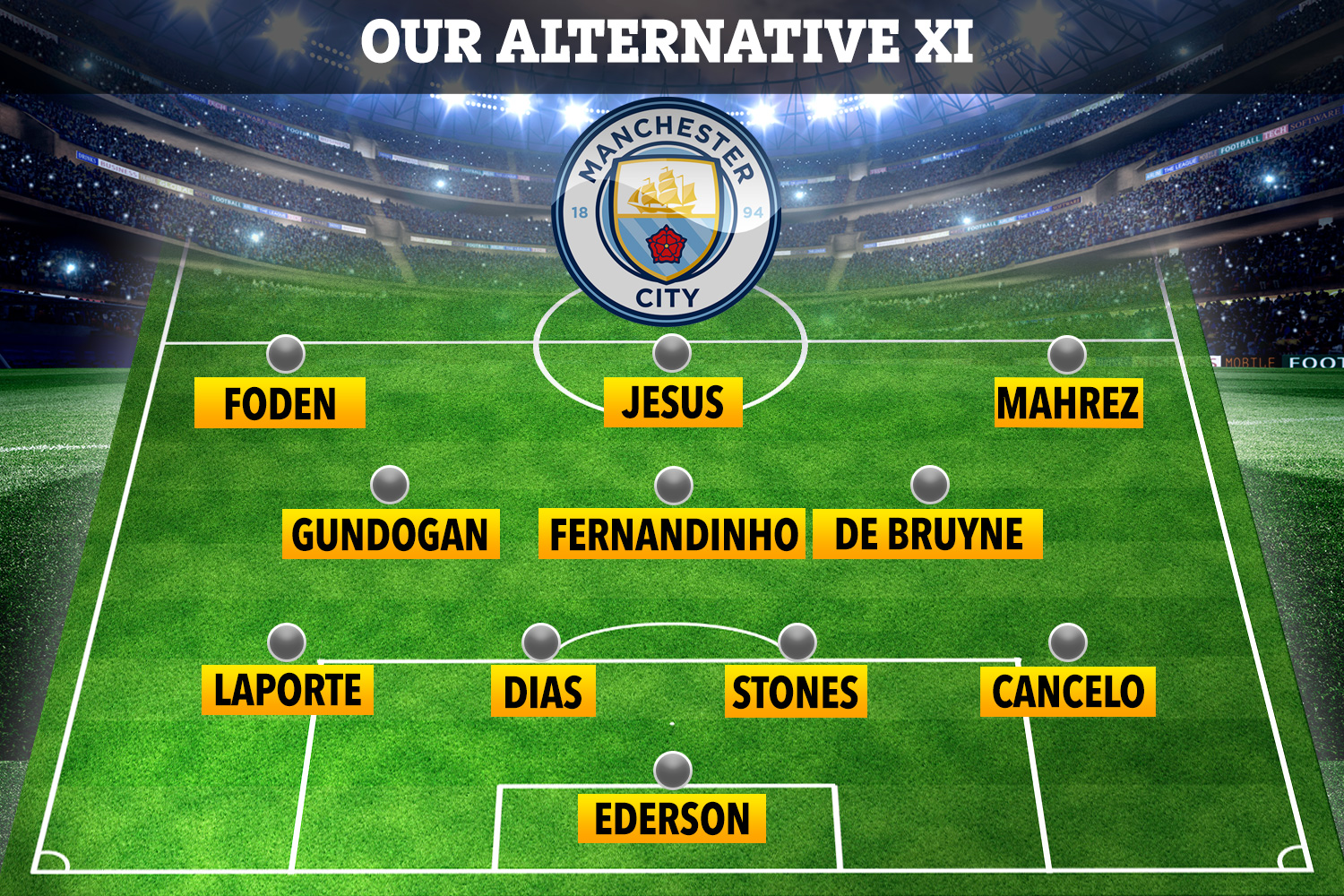 Foden could start in the heart of midfield, but in such a tense game, the Spanish boss may opt to line up more defensively.

Rodri and Fernandinho could arguably both play, but Ilkay Gundogan will be almost certain to break into the XI, with Bernardo Silva also pushing for a spot in the team.

In defence, Kyle Walker is expected to start over Joao Cancelo at right-back, with Oleksandr Zinchenko on the left ahead of Benjamin Mendy.

Should Guardiola come over all cautious, Aymeric Laporte could be played at left-back with Ruben Dias and John Stones undroppable in the middle.

Ederson is a certainty to start in goal barring any late injury drama.

Chelsea take on Man City on Saturday May 29, with kick-off 8pm.