How People’s Sex Lives Have Changed Because Of The Coronavirus 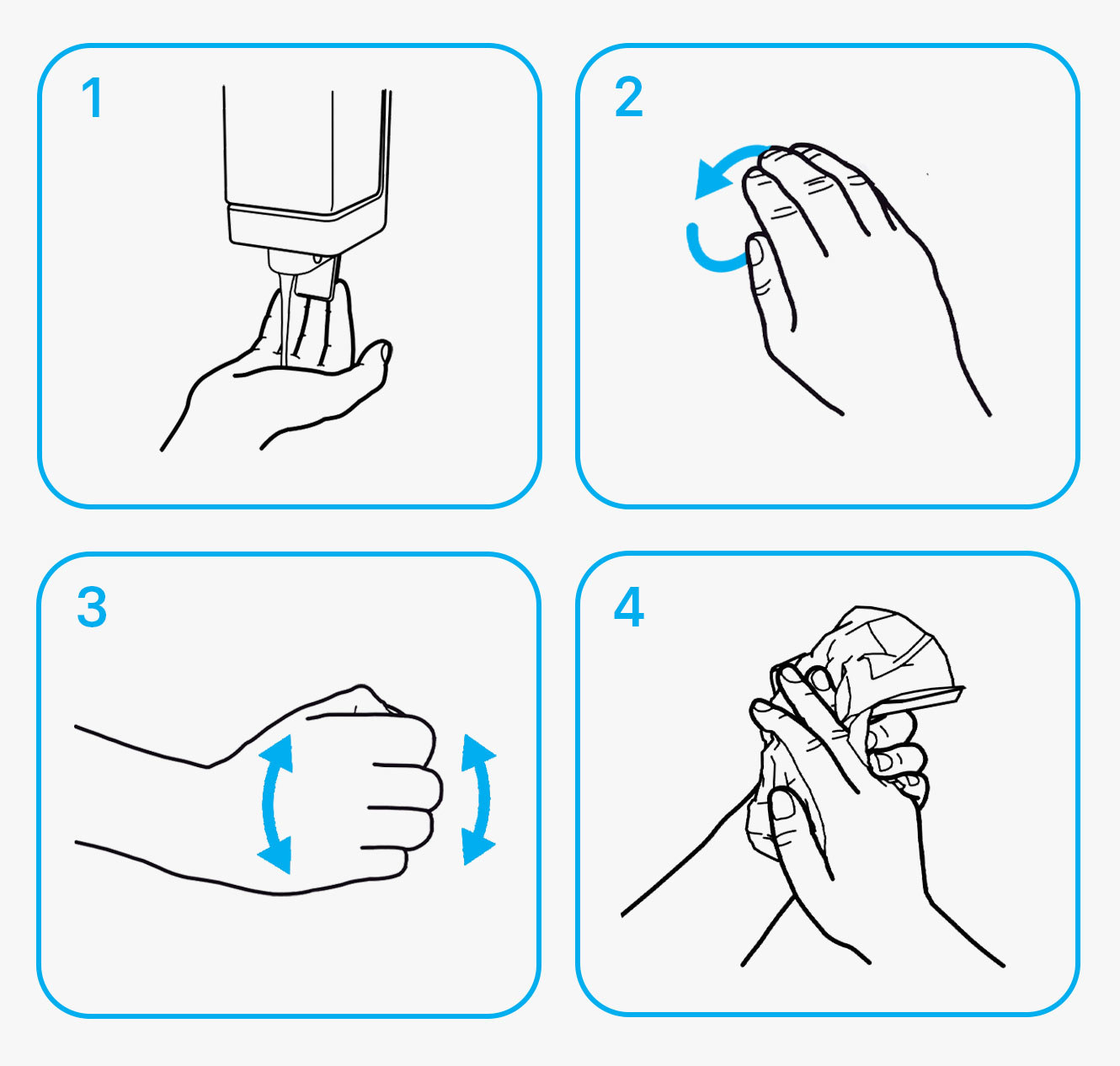 “Honestly, my partner and I are trying to have a baby, so it’s been kind of great for our sex life,” wrote Dan R, a 31-year-old man living in Pennsylvania, in an email. He was responding to the question of how self-isolation because of the coronavirus has impacted sex for him. And, at least in that sense, the pandemic has had a silver lining. “Without as many high pressure demands (particularly the traveling to and from work) we have been more able to get in the mood to try to make that baby!”

Dan is certainly not alone in reporting some changes to his bedroom routine. Sex is a noted stress reliever, and this is an incredibly stressful time, but in the new era of social distancing, the usual ways of getting some (at least for those who don’t live with a partner) have had to take a backseat.

Hooking up with strangers is definitely not a good idea. Some dating apps have outright been telling people to stay at home — like the gay hookup app Jack’d — which shows how much more seriously people are taking the virus since the beginning of March, when dating apps were urging people to wash their hands. Generally, it seems as though queer apps were early adopters of the push for people to stay home. The queer dating app Lex, started telling people the importance of practicing social distancing via memes weeks ago. “If social distancing is one thing we can do to help stop the spread of COVID19 — we will do it immediately,” said a Lex representative in an email. “ We will create physical distance and while keeping our community socially connected and sexy even.”

A spokesperson for Tinder told me over the phone that time spent on the app spiked in mid-March, with daily messaging in the US up by 10% to 15% when compared to the week prior. Additionally, they said, when a particular area becomes more affected by “physically isolating measures,” the conversations happening in that particular region are lasting longer, signaling that people are searching for some kind of connection with others more than ever before. People have also begun to change their bios, the spokesperson added, with more people including phrases like “stay home,” “be safe,” “social distancing,” “how are you,” and “wash your hands.” Recently, the New York City Health Department recently released a quite informative (and, let’s admit it, pretty funny) guide to practicing safe sex right now, which advises people, “You are your safest sex partner.”

It looks like some Americans are certainly taking his advice. A couple of weeks ago, when the reality of self-isolating for the long haul started to become clearer, Searah Deysach, owner of the Chicago-based sex shop Early to Bed, said she noticed an uptick in requests for solo sex toys. (Her store is only accepting online orders at the moment.)

But don’t just take the experts’ word for it. We asked BuzzFeed readers how they’ve been getting off in the time of the coronavirus — what’s changed, what hasn’t, and what they might recommend. Here’s a sampling of the hundreds of responses we received, lightly edited for length and clarity — and yes, you can feel free to try (almost) all of this at home!

“More alone time with my wife of 30 years. We have always had a very active sex life and we have been going strong through all of this. The sex during this time has been as good as ever. We are like teenagers.” —Dave, 53, straight, Kentucky

“I’m not [getting off]. Being stuck in a 800-square-foot house with my husband, 5-year-old, and senior dog is too much and we have very little privacy to share between all of us. Orgasms might be touted as The Great Stress Reliever, but when I can’t escape the stress of a crowded house, being intimately close with my husband adds to the stress. I NEED some space, quiet, and alone time so I can mentally reset for that shit!” —Sofia, 33, straight, California

“For starters I deleted Grindr so stupid temptation wouldn’t even have the chance to get the better of me. Once it was gone, I went old school. I found a chatroom that isn’t completely horrible and when I’m in the mood for some stress relief I go on the hunt for the perfect phone sex partner. As someone who both is and enjoys a vocal/verbal partner, phone sex is an ideal way to get an intimate connection without the added dangers of meeting up. In the end, it’s still just jerking off, but the road to get there is so much more involved and it’s fun when someone is taking the trip with you.” —Murray, 42, gay, Georgia

“My partner and I use remote-controlled vibrators and have Skype sex as often as we can. We are already in a long-distance relationship, so not much has changed. However, we are also both poly, so it’s hard to not have that intimacy with other people. Using a weighted blanket and a remote-control bullet vibe has helped me the most.” —Laura, 30, queer, Oregon

“Married and fucking regularly. On dating apps for other couples so we can start an online group sex video chat.” —Erin, 33, bisexual, Oregon

“My husband and I are quarantined in our 600-squarefoot apartment together — so the good news is, we can technically have sex whenever we want. The bad news is that we practice fertility awareness as our method of avoiding pregnancy (and avoiding pregnancy seems even MORE important given the current pandemic). For those who don’t know, fertility awareness involves abstaining from sex during a woman’s fertile window (some people simply use barrier methods during that time frame, but we’re Catholic so that’s not an option for us). As luck would have it, we’ve been quarantined for 7 days and so far have had to abstain the WHOLE time because I’ve been ovulating this week and very obviously fertile. You try having your ‘just gotta have you’ hormones peak while stuck at home together 24/7 with nothing to do…it’s been a struggle! But we’ve laughed a lot together and taken a lot of cold showers. Fortunately, we’ll be safe to have sex again in a day or two — at which point I expect quarantine is going to get a LOT more fun!” —Ashley, 27, straight, California

“Introducing my new partner to sexting — he is a bit shy about this so using lots of metaphors. Food ones are a favourite. Potentially also isolating from everyone but him so that we can still meet up, which makes me sound very sex-focused when I type it out…(insert shrug emoji here).”—Allison, 31, straight-ish, Canada

“My boyfriend is currently stuck in quarantine in Norway. As both Norway and Finland have closed their borders for the foreseeable future, there’s no way for us to be together during this time and we have no idea when we’ll be reunited again. Needless to say, it sucks.

We’re definitely becoming experts on all types of phone sex, including calls with or without video. We’re trying to re-create some of our preferred sex scenarios, like shower sex with tripods and FaceTime, alternating who goes in the shower and who watches. Trying to be sexy and keep the mood going on FaceTime does have its challenges, but we’re trying to be as open and adventurous as we can. As everyone is hoarding toilet paper around the world, I’ve started hoarding batteries for my sex toys, as this seems to become a long and lonely spring for me without my partner.” —Ina, 30, straight, Finland

“It’s really all just up to me to do it all on my own. I’m not currently in a relationship, so my only option would be to hook up through an app. Obviously that doesn’t feel safe or right to do at this time, which means for the foreseeable future I won’t have physical intimacy with another person. Normally, not having sex doesn’t really affect me, but that’s because I usually have a lot of things to do. Without those things, having sex is definitely more at the forefront of my mind.” —Matthew, 29, gay, Pennsylvania

“After my college shut down, I’m back in with my parents. It’s felt like high school where the only time I can do anything is in the shower because everyone is ALWAYS HOME. Luckily we have the internet, and Snapchat of course.” —Joe, 20, bi, Minnesota ●