How seemingly innocent nosebleed led to a devastating cancer diagnosis

A devastated mother has opened up about the seemingly innocent signals that led to her child being diagnosed with cancer.

Amelia began being a picky eater and was less interested in going outside to play prompting the couple to take her to a number of medical professionals who could find nothing wrong.

Then on May 25 she developed a nosebleed that would not stop – lasting for two hours by the time they reached Royal Children’s Hospital in their home city of Melbourne. 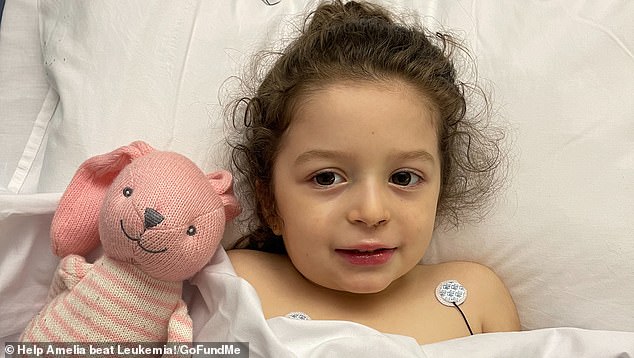 Amelia has jus started her chemotherapy treatment (pictured in hospital) 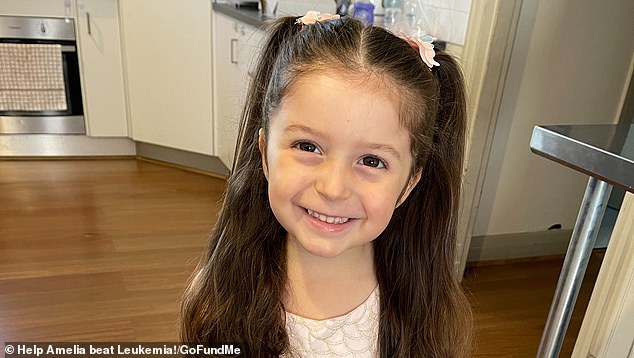 ‘It didn’t look right, the blood was very pale and coming out like tap water,’ Nadia told 7NEWS.com.au.

Amelia was weak and near-fainting when she arrived with a blood test revealing she had a shockingly low white blood cell count.

She underwent multiple tests including a spinal tap a couple of days later and on Thursday night her parent’s fears were realised after doctors diagnosed her with acute lymphoblastic leukaemia.

This is a type of cancer of the blood and bone marrow – the spongy tissue inside bones where blood cells are made.

‘A lot of that day is a big blur. I remember the doctor telling me those words [that she had cancer] but after that I don’t remember anything,’ Ms Cali said. 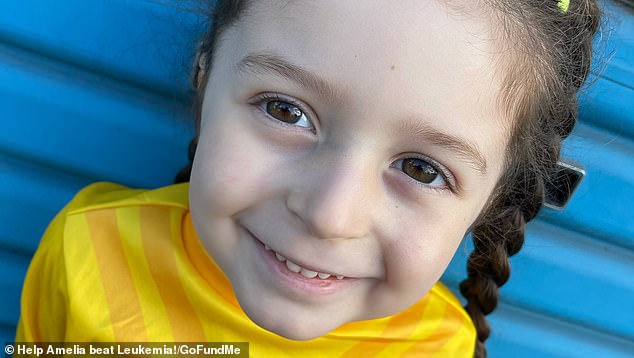 According to the Mayo Clinic the cancer is the most commonly found in children.

The medical institution also lists other symptoms of the cancer – along with severe nosebleeds – as lethargy, bleeding from the gums, pale skin, frequent infections, and bone pain.

There is a good chance for a cure with current treatments – but they are lengthy and expensive.

A family friend has setup a GoFundMe page for the the family to help with Amelia’s medical bills. 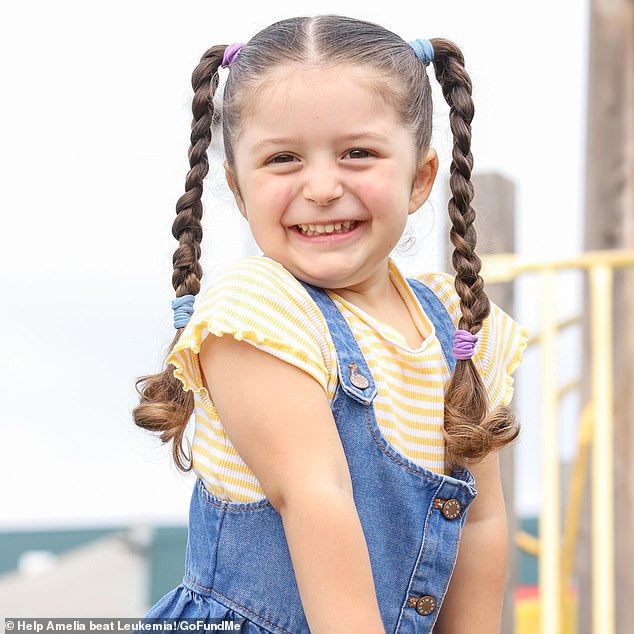 She started chemotherapy on Friday – along with regular tests, medications and antibiotics – and doctors are hoping for a good outcome by February.

Ms Cali has three other children to care for, with the entire family’s world turned upside down by the diagnosis, with her and her partner traveling from Sunshine in the outer suburbs to Parkville each day to be by Amelia’s side.

After just recently returning to work as a teachers’ aide she has had to stop to look after Amelia full-time.

Ms Cali hopes by speaking about her daughter’s situation, other parents will be more aware of the signs to watch out for.