How to think yourself younger and happier

How to think yourself younger and happier: Sound too good to be true? In the second part of our science-backed series on how to fix your life, we reveal the latest, proven, rejuvenating mind tricks

How many times have you read about some new philosophy that guarantees a happier, more confident, more successful life? Or an app that helps you to improve your willpower, attention or creativity? I’ve lost count, but I do know I find myself mentally screaming: ‘Has anyone actually checked this works?’ whenever I come across them.

I’m a science journalist with a particular expertise in the brain. The reason I find so much self-help advice frustrating is because I know there are life fixes out there that do work.

I know thousands of nutritionists, behavioural analysts, anatomists, neuroscientists, psychologists, and geneticists have collectively spent millions of hours investigating and testing ways that we can become happier and more confident, boost our chances of success and, ultimately, live a better life.

Last week, I showed you scientific, evidence-based ways to find and keep a loving relationship. Today, in the second extract from my new book, I give you neuroscience’s very latest findings on ways to maximise the best aspects of yourself — how to be happy and feel younger. 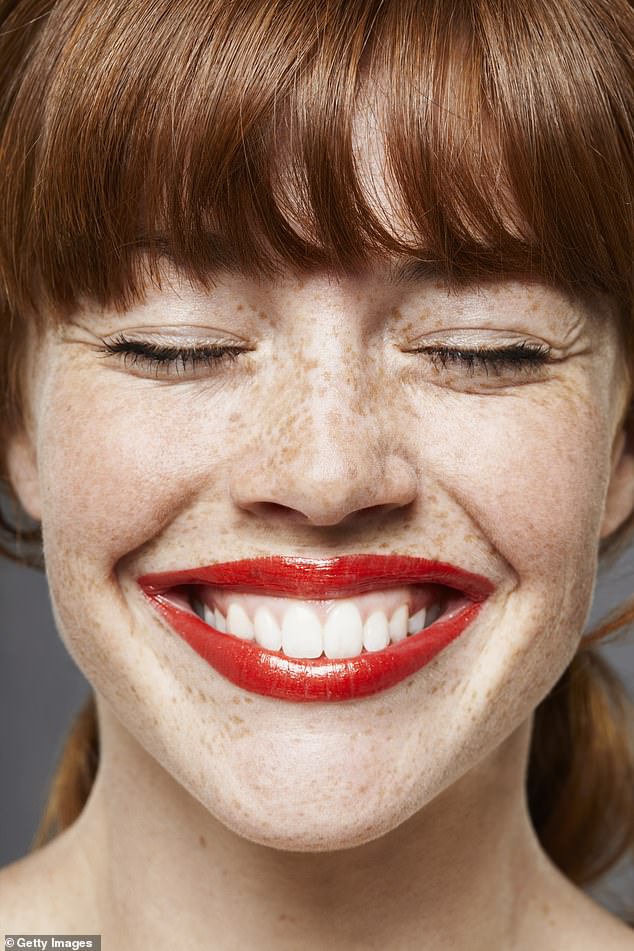 Here, we reveal the latest, scientifically-proven, rejuvenating mind tricks to try to think yourself younger and happier (stock image)

YOUTH AND FITNESS IS ALL IN THE MIND

With the right mindset, you really can do any of these things. It’s all to do with the placebo effect.

Placebos are sugar pills used in clinical trials to test how a drug compares. With no active ingredients, they shouldn’t have any effect at all.

Yet many studies have shown that placebos can often bring about significant changes, triggering the release of natural painkillers and lowering blood pressure, for example — all because of expectation.

The mind is so mysterious these effects can occur even when people are told they’re taking a placebo.

The power of the placebo extends to our behaviours. For instance, in one study, golfers who thought they were using a professional’s putter were more accurate as a result.

Likewise, people tricked into thinking the sunglasses they are wearing are designer can more easily decipher small writing through the glare of bright light.

One of my favourite tricks is this: put a pencil between your teeth without letting it touch your lips. Hold it there for ten seconds and you should feel slightly happier.

Repeat this experiment in front of a mirror and you’ll see that holding the pencil in this way has forced you to smile. And that has influenced your emotions.

That’s because your brain infers how you’re feeling partly from the movement of your muscles. Personally, I use this trick all the time as a mood-booster. 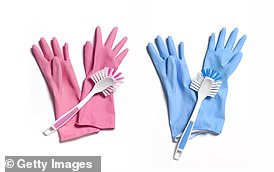 So what else can boost our happiness levels? One thing is certain: more money isn’t the answer.

I used to hate it when people told me this. Give me a million pounds and I promise you I’ll be happier, was my response.

But surveys consistently show that, once life’s basics are paid for, the level of your income accounts for only a small variation in happiness across the population.

The reason? Basically, we get a hit of happiness from new stuff, but after it becomes a normal part of life, our pleasure wears off and our happiness level returns to where it started.

If money isn’t the answer, what is? Well, one answer is to live in the moment — and here’s the proof.

One scientist, Matt Killingsworth of Harvard University, developed an app called Track Your Happiness, which sent random alerts to thousands of people, asking them what they were doing and how they were feeling at that very moment.

One of the biggest surprises is that people seem to be happiest not when their mind is wandering, perhaps thinking lovely thoughts about the future, but when thinking about what they are doing at that moment. Even when it’s a chore such as commuting or the washing up.

This probably doesn’t come as a surprise to anyone who practises mindful meditation.

Getting out into nature will also improve your mood, as well as slowing your heart rate and boosting your immune system. Being outside boosts your exposure to bright light, which stimulates your brain and boosts your alertness.

Even on an overcast winter’s day, it’s around ten times brighter outside than indoors — and on a sunny day, it is up to 500 times brighter.

And what greets you when you step through your front door? A clean and tidy hallway, or messy shelves and dirty carpets?

One study found people with messy homes had an increasingly depressed mood over the course of the day, compared with people with tidier homes.

Tidying up can also give us a quick dose of the neurotransmitter dopamine, the pleasure chemical that boosts your mood. But this only happens if you set achievable goals.

Even the effects of caffeine may partly be due to your expectations: pure water can increase alertness and raise blood pressure if you’re told it contains caffeine.

The upshot is that two people can have identical genes and lifestyles, but one can end up healthier than the other thanks solely to their thoughts. Sometimes the effects seem utterly incredible.

In the U.S., researchers examined the fitness of 84 hotel cleaners. To manipulate their mindsets, half were given detailed information about the physical demands of their work, such as the fact that vacuuming burns 200 calories an hour.

One month later, despite no change to diet or activity outside work, the cleaners who’d received this information had lost about a kilogram each, and their average blood pressure had dropped to normal. The other group showed no difference.

This mysterious mind-body connection can help marathon runners avoid a sudden onset of debilitating fatigue, known as hitting the wall. A study of male and female runners showed merely expecting to hit the wall increased the likelihood.

And here’s something for the couch potatoes. A small, but remarkable, study by Brian Clark at Ohio University showed you can use your mind to improve your fitness without lifting a finger.

His team used a cast to immobilise the hand and wrist of 29 volunteers for four weeks. For ten minutes a day, half the group sat still while imagining they were performing exercises with their immobilised hand.

When the casts were removed, both groups had lost strength in their wrists, but the group who’d performed imaginary exercises lost 50 per cent less than the control group.

Merely thinking about the exercises had been enough to keep the nerves that control the muscles in shape.

A more positive attitude can even make you physically younger.

The first clues emerged in 1992, when a group of pensioners were sent to a monastery and told to act as if they were 22 years younger. The retreat was decorated as if the year was 1959, and filled with music, films and memorabilia from the era.

After just five days, the pensioners’ arthritis had improved, their posture was more upright, and their thinking, measured by an IQ test, was sharper.

Since then, other teams have shown that people who view ageing positively live 7½ years longer than those who associate it with frailty and senility.

Did you know that your personality can change? This may come as a surprise, given there’s a widespread belief that our personality is an integral and unchanging part of who we are.

That idea came from psychologist William James, who in the late 19th century argued that our personality becomes ‘set like plaster’ by the age of 30.

Now we know that is incorrect. Personality, in general, is far more mutable than we thought.

While there’s no doubt some of our personality is down to genes, our environment certainly influences it, even in the womb. There’s evidence that mothers who are stressed during pregnancy are more likely to have an anxious child, for example.

The extent to which environmental factors shape our dispositions over a lifetime is remarkable.

When researchers compared results from personality tests taken by people at 14 and again at 77, there was no evidence for stability in individual personality characteristics whatsoever.

But we can also actively shape our personality. If it’s more confidence you’re after, you might want a soundtrack first.

Scientists have known for a long time that music, particularly loud music, can boost several aspects of your behaviour, including your confidence. 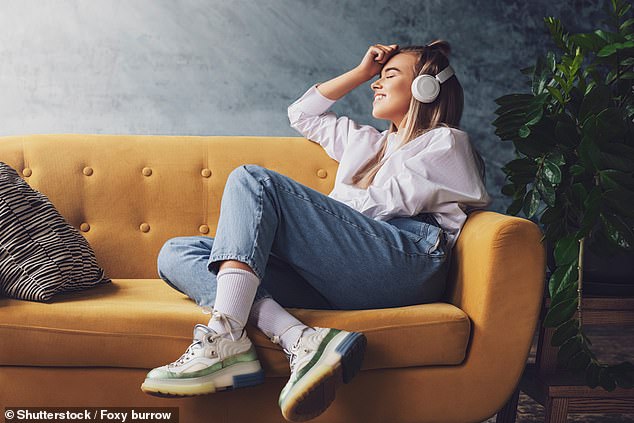 It’s largely down to arousal. In this context, arousal refers to an enhanced state in which the body and brain are more alert, and emotions are intensified.

Sometimes confidence is triggered by certain music because the two things are already associated in the brain.

When we feel more powerful, it increases our ‘executive functions’ — things such as the ability to update mental information, think abstractly, or see the bigger picture. In short, things that make us more confident. 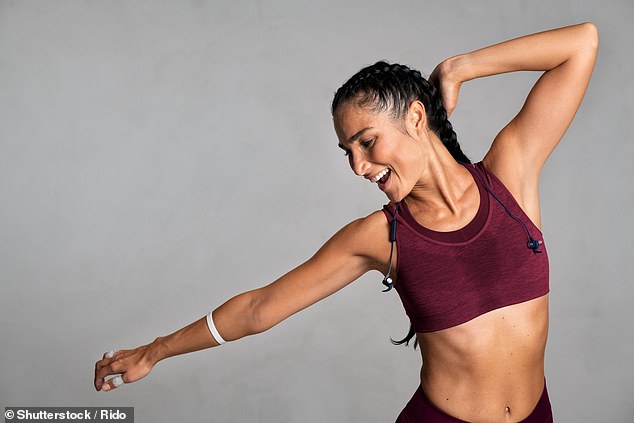 Scientists have known for a long time that music, particularly loud music, can boost several aspects of your behaviour, including your confidence (stock image)

I first came across Bonnie Tyler’s Holding Out For A Hero when I watched and rewatched, again and again, the film Short Circuit 2 in the late 1980s. It is firmly paired in my brain with success and motivation.

I still can’t hear the song without getting a jolt of adrenaline. I used it to get through the hardest miles of the London Marathon in the early 2000s and I’ve never looked back.

You might already have a power song in mind. If not, what’s the ultimate booster?

When researchers in Hong Kong asked undergraduates to rate how powerful, dominant and determined each of a bunch of songs made them feel, they decided We Will Rock You by Queen, Get Ready For This by 2 Unlimited and In Da Club by 50 Cent as the most empowering.