A federal judge has ruled that Indiana University may require its students to submit proof of Covid-19 vaccination before returning to campus this fall, dealing a setback to a brewing legal effort against vaccination requirements in higher education.

In a 101-page decision handed down Sunday, U.S. District Judge Damon R. Leichty said the university system acted reasonably to protect public health when it required all of its students, faculty and staff to be fully vaccinated against Covid-19 by July 1, with limited medical and religious exceptions.

In saying so, the judge denied an injunction sought by eight college and graduate students who claimed the university’s vaccine policy unconstitutionally infringes on their bodily autonomy and medical privacy.

The case is among the first to tackle the constitutionality of Covid-19 vaccine requirements at public universities.

JEFF BEZOS SPEAKS OUT AHEAD OF BLUE ORIGIN SPACE FLIGHT

Hundreds of private and public colleges and universities have adopted vaccine policies like Indiana University’s—in schools mostly clustered on the East and West coasts. Antivaccine activists have focused on public institutions, which are bound by constitutional restraints as government entities, and have brought lawsuits under the 14th Amendment and its protection of fundamental liberties.

The University of Connecticut and California State University systems are facing similar lawsuits, with rulings pending from federal judges.

"We appreciate the quick and thorough ruling which allows us to focus on a full and safe return," Mr. Carney said. "We look forward to welcoming everyone to our campuses for the fall semester."

An attorney representing the students, conservative activist James Bopp Jr., said he would appeal. "We think the court made a fundamental error," he said. 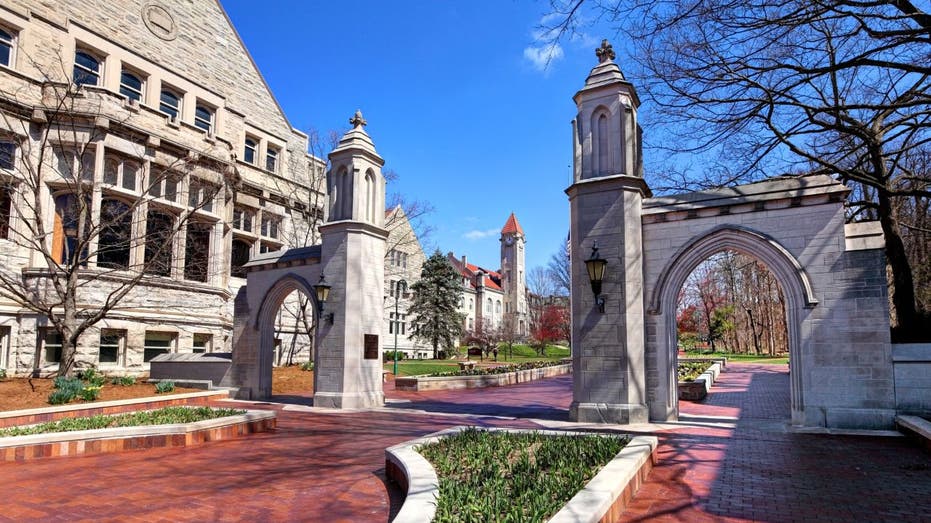 A federal judge has ruled that Indiana University may require its students to submit proof of Covid-19 vaccination before returning to campus this fall, dealing a setback to a brewing legal effort against vaccination requirements in higher education. (iStock)

Opponents of the university requirements say they deserve more scrutiny from the courts. They contend the risks of requiring Covid-19 vaccines—which the Food and Drug Administration authorized for emergency use under a speedier-than-normal safety review—outweigh the public health benefits.

They say the number of serious Covid-19 cases among college and graduate students is too low to justify risks of the vaccine, including a potential link between Pfizer -BioNTech and Moderna’s mRNA Covid-19 vaccines and an inflammatory heart condition known as myocarditis.

Judge Leichty wrote that while young adults are less likely to get seriously ill or die from infection and that the worst of the pandemic may be over, the virus still poses risks for the age group, even in smaller numbers. And he wrote that the requirement aims to protect not just the student community, but to curb transmission to more vulnerable and older faculty members and staff. Students are heading into the fall semester amid concerns about the more virulent and transmissible Delta variant, he wrote.

His opinion pored over the data about the safety of the vaccines. He mentioned the findings of a Centers for Disease Control and Prevention safety panel that said in June that there is a "likely association" between Pfizer-BioNTech and Moderna’s mRNA Covid-19 vaccines and myocarditis in some younger individuals. The panel, the judge noted, said those cases were rare and that most patients quickly felt better.

"No one should blithely dismiss the call for further investigation, but the students’ case isn’t strong today," Judge Leichty wrote about the safety evidence.

The judge also said the liberty interests at stake didn’t implicate a fundamental right that would subject the university’s policy to a more stringent constitutional review. He said Indiana University needed to show its policy was "rationally related to ensuring the public health of students"—a lower standard that it met.

The judge wrote that the university wasn’t actually forcing students to undergo injections, but letting them choose between vaccination and attending on-campus. And he said the university’s policy has "broad support within its community," noting approving statements from faculty councils and student governments. More than 42,000 students had received the vaccine as of June 25, he wrote.

Most of the student plaintiffs have gotten exemptions from the vaccine requirements and can attend in the fall semester, so long as they wear masks indoors and get regularly tested for the virus. The plaintiffs still objected to the mask and testing requirements.