ROMELU LUKAKU showed Manchester United how to finish as his double fired Inter Milan to the Europa League final.

Lukaku and Barcelona target Lautaro Martinez both scored twice in a 5-0 semi-final win over Shakhtar Donetsk to set up a showdown against Sevilla on Friday. 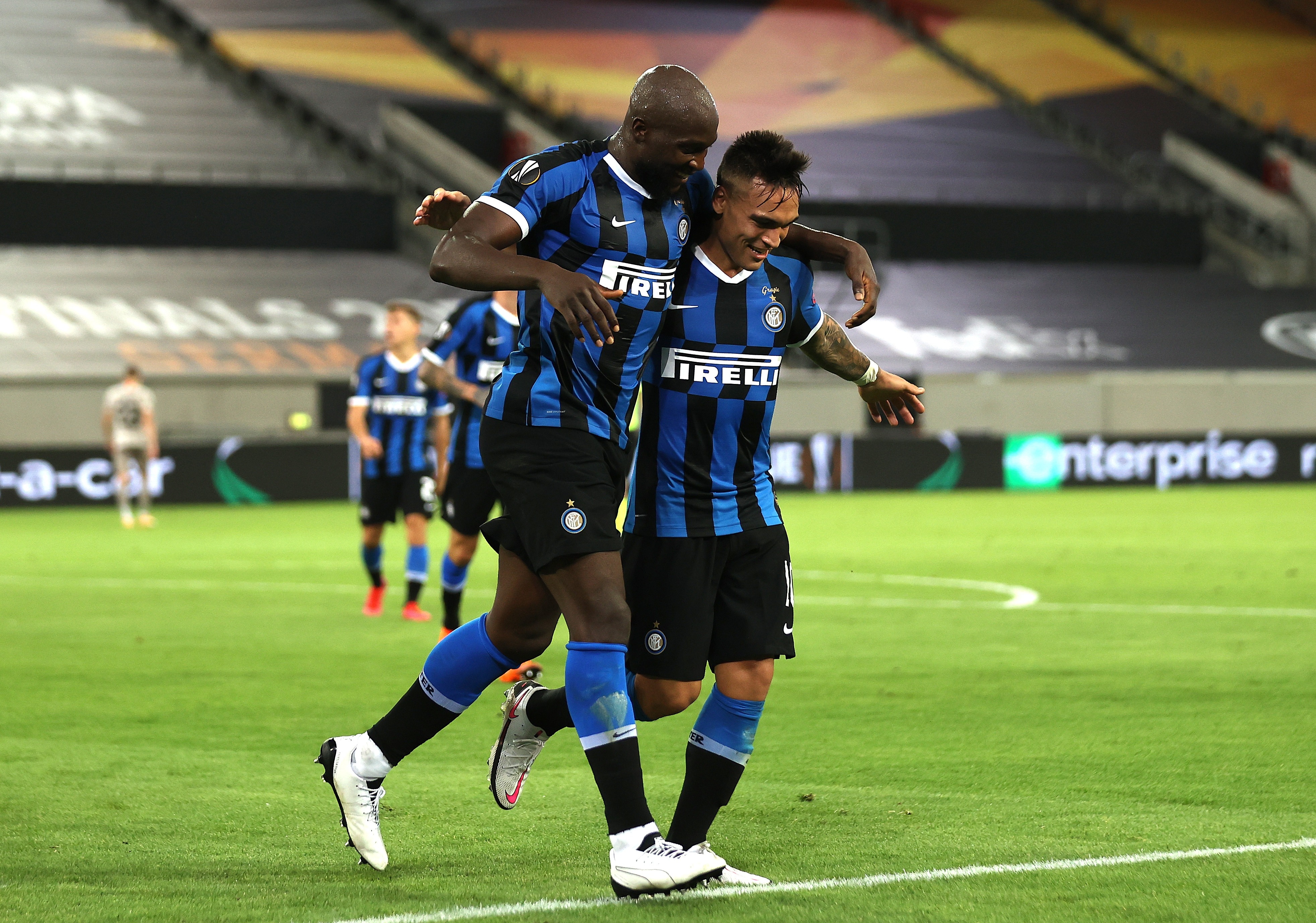 Inter have now reached their first European final since winning the Champions League under Jose Mourinho in 2010.

And Antonio Conte is just one match away from delivering sliverware in his first season at the San Siro, having finished just a point behind champions Juventus in Serie A.

Inter started with their usual 5-3-2 system in Germany, with ex-Manchester United stars Romelu Lukaku and Ashley Young both in the XI.

The pair would have been desperate to face their old side in the final along with Inter teammate Alexis Sanchez, who was on the bench. 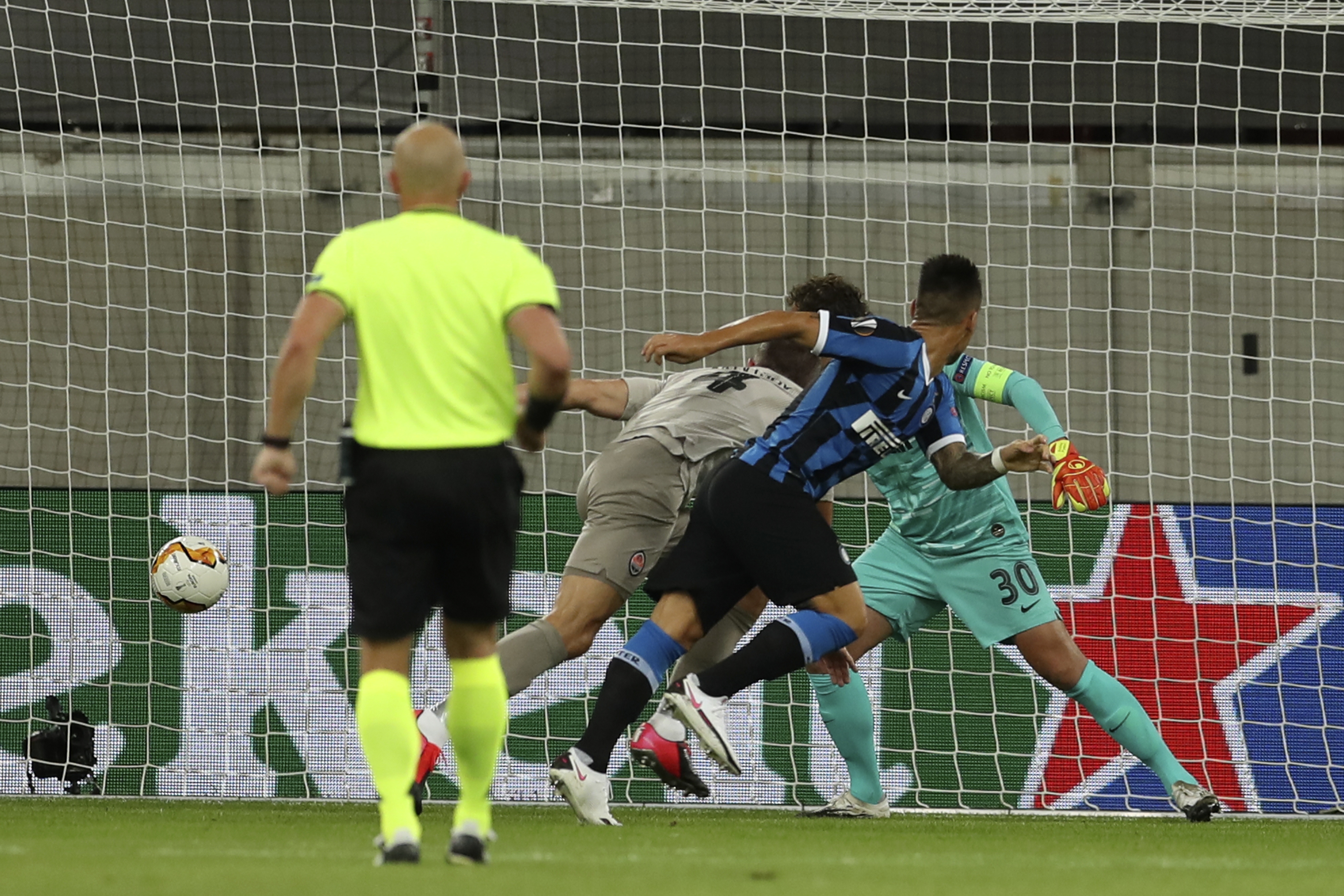 But it is Europa League experts Sevilla they will take on after the Spaniards came back to beat United 2-1 last night.

And their first goal came just 18 minutes in when Martinez met Nicolo Barella’s brilliant cross for his 20th strike of the season.

Martinez should have had a second nearly ten minutes later but could only find the side netting before the linesman raised his flag for offside. 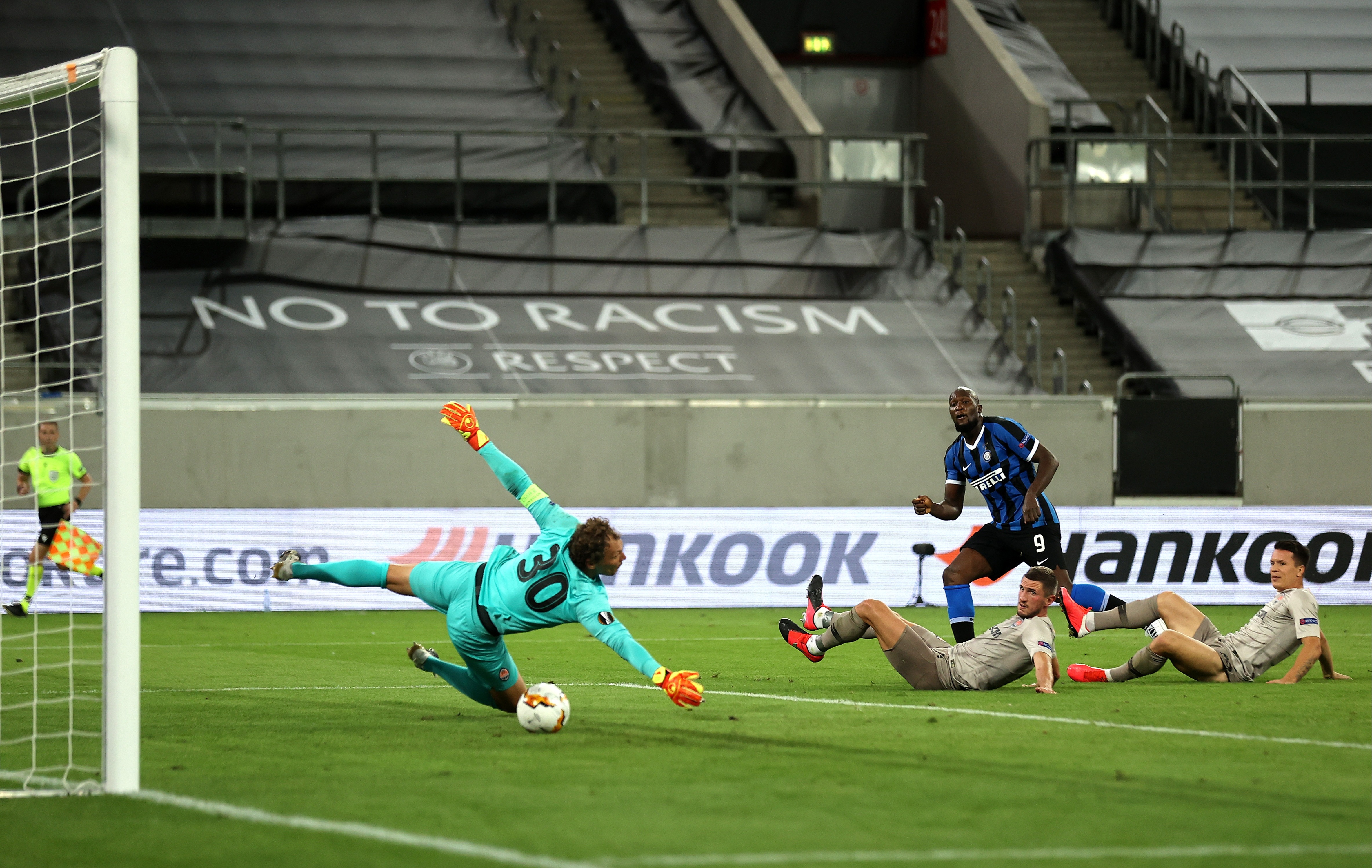 Shakhtar felt they should have been awarded a penalty early in the second half when the ball appeared to strike Roberto Gagliardini’s arm.

And moments later the score was almost 2-0 when Martinez launched a delightful chip over Andriy Pyatov, only for the goalie to recover and tip it over the bar.

Junior Moraes had a glorious chance to level for Shakhtar in the 61st minute when he headed the ball point blank at Samir Handanovic, who reacted quickly to palm away the sitter. 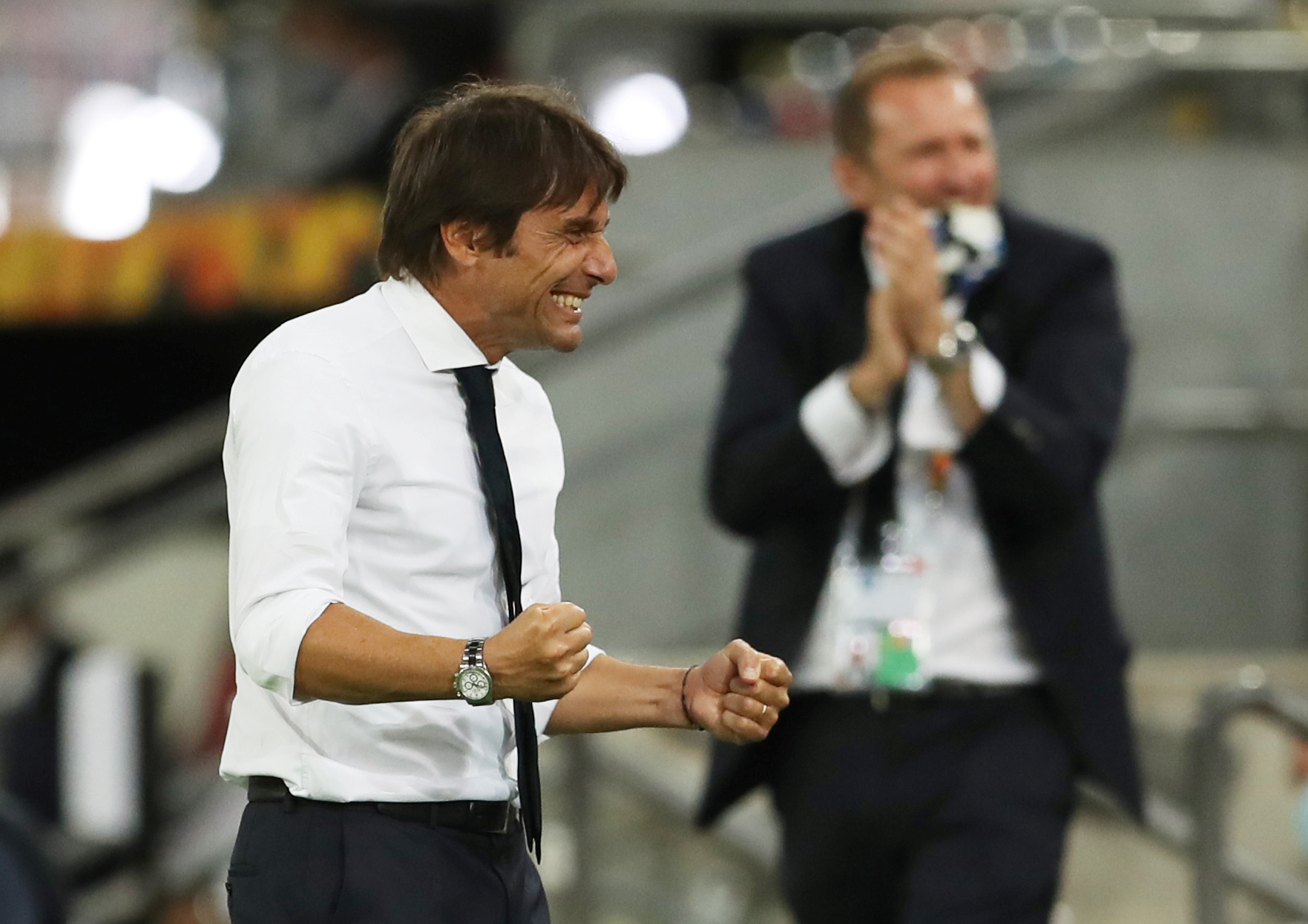 Inter then scored a second moments later when right wing-back Danilo D’Ambrosio headed in from a corner to put his side in total control.

It was Inter’s 108th goal of the campaign – a new club record.

And it was enough to take the fight out of Shakhtar, who almost conceded a third ten minutes later when Lukaku found himself through on goal before firing his shot straight into the arms of Pyatov.

However, Martinez bagged his second of the night just moments later with a well-placed shot from outside the box.

The goal seemed to spur Lukaku on, and it took just a few minutes before he too found the back of the net for his 32nd goal of the season.

The Belgian then scored an incredible goal while demonstrating his new-found fitness and speed as he raced past Shakhtar’s defence to fire in a right-footer from out wide.

Sebastiano Esposito almost made it six just seconds after coming off the bench when he turned Pyatov, but his shot hit the side-netting before the offside flag went up.

Inter will now prepare for their showdown against Sevilla on Friday and not many will bet against Conte’s men on the back of this dominant performance.