Jen Aniston: Going Back to ‘Friends’ Set Was a ‘Sucker Punch in the Heart’

They’ll always have a place at Central Perk. Jennifer Aniston opened up about the jarring feeling of going back to the set Friends was filmed on 17 years after the show came to an end.

‘Friends’ Cast From Season 1 to the HBO Max Reunion: Photos

“It was a sucker punch in the heart in a way,” the 52-year-old Just Go With It actress said on SiriusXM’s Gayle King in the House shortly after the highly anticipated Friends special hit HBO Max on Thursday, May 27. “It was for all of us, I think. Even Courteney [Cox] we got tears out of.” 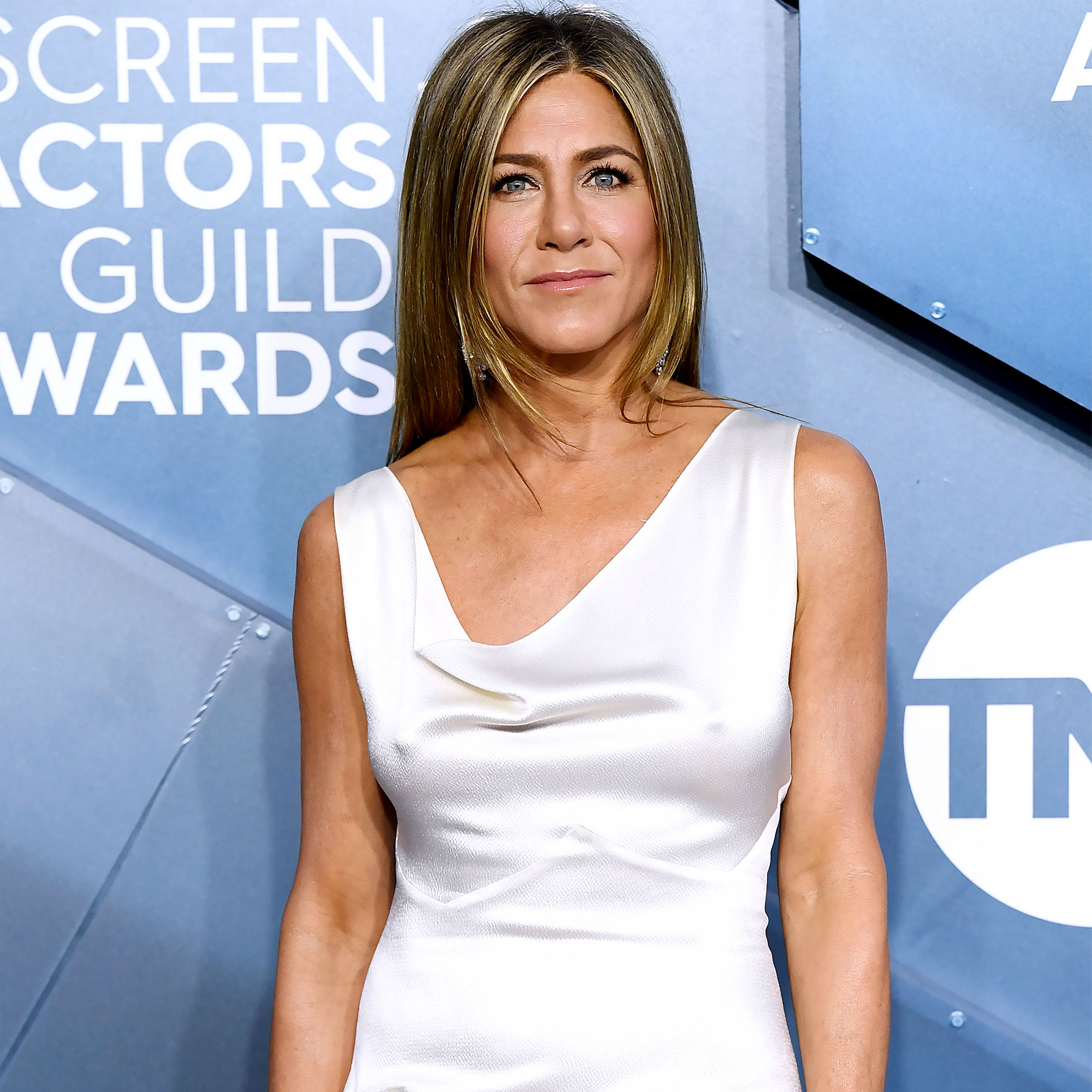 Aniston, Cox, 56, Lisa Kudrow, Matthew Perry, David Schwimmer and Matt LeBlanc were “very naive in what we were expecting” when they returned to Stage 24 at the Warner Bros. Studio to film the reunion. When the former costars spotted all the same props and “tchotchkes” used in the original series, which aired from 1994 to 2004, they were instantly overwhelmed with emotion.

“We romanticized it, but you also have to remember we haven’t been there [since the series finale],” Aniston said. “And that time was a very specific time, when we were saying goodbye to something that we didn’t want to, we cared deeply about, but we knew it was the time to say goodbye. Our lives were ahead of us. We had our future ahead of us.”

The Morning Show star added: “It almost felt like time had stopped and we time traveled. And there’s good in that, and then there’s heartbreak in that.”

Aniston starred as Rachel Green for all 10 seasons of the NBC sitcom, which is still a widely beloved TV show more than a decade after it ended. HBO Max originally announced plans for the unscripted special in 2020 but production was delayed amid the coronavirus pandemic. In April, the two-hour walk down memory lane was filmed with a star-studded lineup of guests, including Tom Selleck, Reese Witherspoon and Cara Delevingne.

The Crush, Where They’d Be Now and More ‘Friends’ Reunion Best Moments

Friends has a powerful legacy — and even the actors know they’ll never be able to recreate the magic of the original series. When asked what the show means to her after all these years, Aniston struggled to find the right words.

“It’s really hard to put that into a sentence, except it filled my heart,” she said on SiriusXM. “The amount of love that people have for these six characters is something that you can’t really explain the meaning of it. Being reminded of the amount of happiness this show brought to people, that’s a special thing to be a part of.”

Though they all loved going back to the place where it all began, fans shouldn’t expect to see the original Friends stars walk back through that iconic purple doorway again anytime soon.

“That’s all up to [creators] Marta [Kauffman] and David [Crane] and I once heard them say, and I completely agree, that they ended the show very nicely, everyone’s lives are very nice,” Kudrow, 57, explained during the HBO Max event. “They would have to unravel all those good things in order for there to be stories. I don’t want anyone’s happy ending unraveled.”

Cox agreed, overflowing with nostalgia when reflecting on the show’s history. “This will really make me cry but this will be the last time that we’re ever asked about the show as a group, that we will do this,” she said. “We’re not gonna do this again in 15 more years. … I’ll tell you one thing, we are not waiting so long to have a dinner.”