WEST HAM skipper Mark Noble has been hit in the pocket after Jesse Lingard’s heroics in the 3-2 win over Leicester.

A wager was made between the pair when Lingard arrived from Manchester United on loan in January. 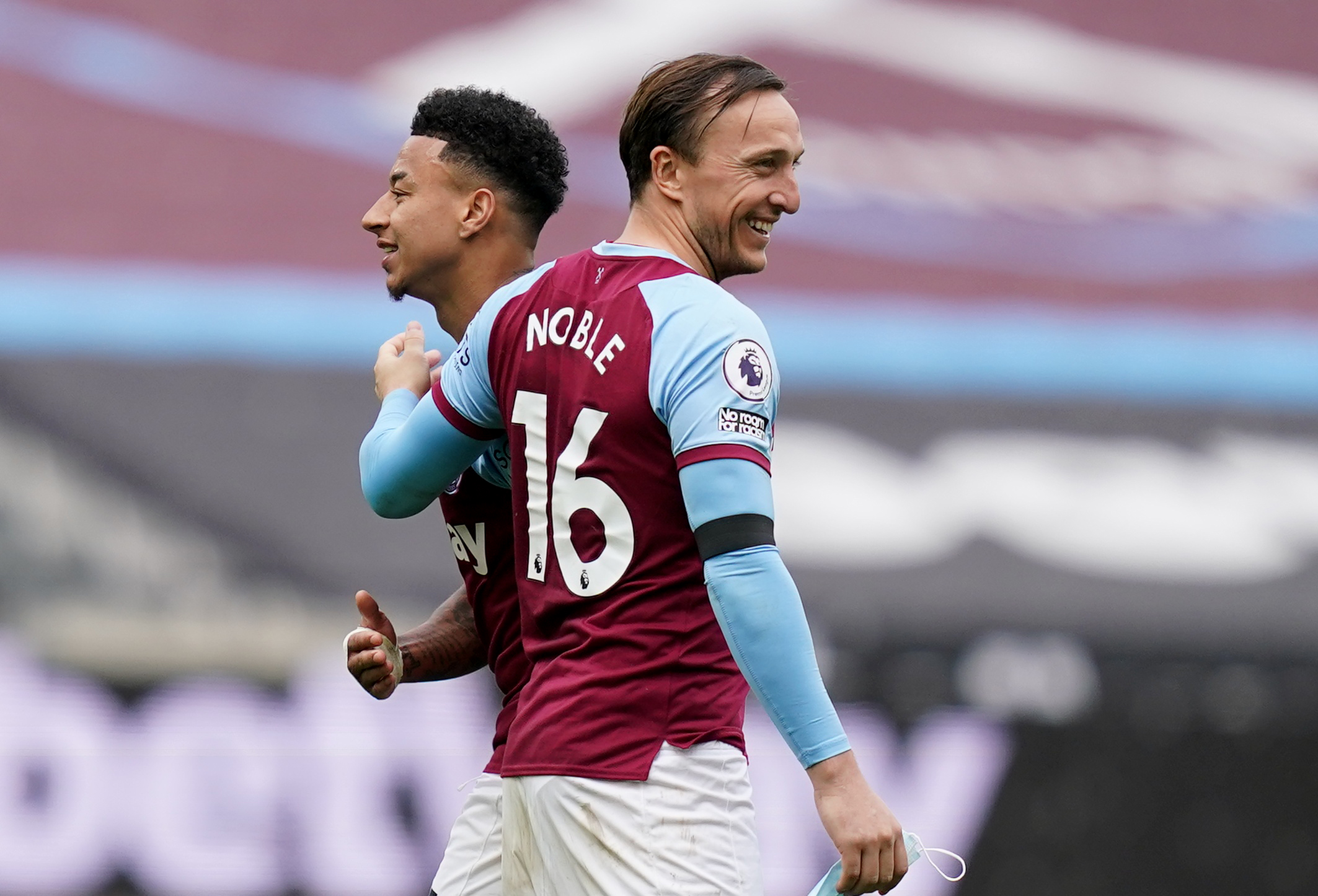 Hammers veteran Noble, 33, explained: “When he first came to the club, I had a bet with him that if he got eight goals I would pay for a night out for him and a stay in the Corinthia Hotel.

“So it’s going to cost me a fortune, those two goals.

“As much as I was buzzing that he got them, it’s now going to be costing me a few quid!”

The Corinthia is a swanky hotel in the heart of London, where a stay costs at least £500 a night.

But Noble is happy to fork out for Lingard, whose fine form has sent West Ham soaring into the top four and dreaming of some more far-flung hotel stays competing in the Champions League next season.

Sunday’s double followed up his wonder goal in the 3-2 win at Wolves last Monday, while he also struck in the 3-3 draw at home to Arsenal before the international break.

The Hammers’ fabulous season has shown no signs of slowing down, despite injuries to key players.

England midfielder Declan Rice has been absent since the Arsenal game, while striker Michail Antonio missed the Leicester win.

Boss David Moyes is also sweating on the fitness of Aaron Cresswell, who came off against the Foxes with a hamstring complaint.

But in Lingard they now have a match-winner who has been able to lift the rest of the team, even when they are not at full strength.

Noble, who made his 400th Premier League appearance against the Foxes, added: “He’s been fantastic for us.

“We missed Mikey, we missed Dec. It just shows that the boys have come in and done an absolutely fantastic job for each other.

“To draw with Arsenal, Wolves away three points, Leicester at home three points, you look at those games and it’s a fantastic set of results.”