Spain’s Jon Rahm overcame nerves and a two-shot penalty to claim victory at the Memorial Tournament on Sunday and replace Rory McIlroy at the top of the world rankings.

Rahm began the final round at a steamy and gusty Muirfield Village Golf Club with a four-shot lead and padded that to eight with nine holes to play, but late drama saw his advantage shrink to three before the 25-year-old sealed his fourth PGA Tour win.

Rahm, who joins childhood hero Seve Ballesteros as the only Spaniards to hold the top ranking, celebrated with a massive fist pump in fading light and near silence with spectators still banned due to Covid-19 restrictions.

“I remember I heard a story on the radio from my swing coach back in Spain, Eduardo Celles. We were driving somewhere and he asked me what my goals were and my ambitions and this and that, and I remember telling him I’m going to be the best player in the world.”

Rahm’s round began to unravel with a bogey at 10 followed by a double-bogey at 11, while Palmer rolled in a birdie at 12, and when he missed a routine three-footer to take bogey at the 14th the Spaniard’s once commanding lead was reduced to three.

But the big-hitting Spaniard steadied the ship with a flash of brilliance at the 16th, chipping in from 30-feet to restore a four-shot cushion with two to play.

There was more late drama, however, when Rahm was handed a two-shot penalty when his ball moved while addressing the shot at 16. 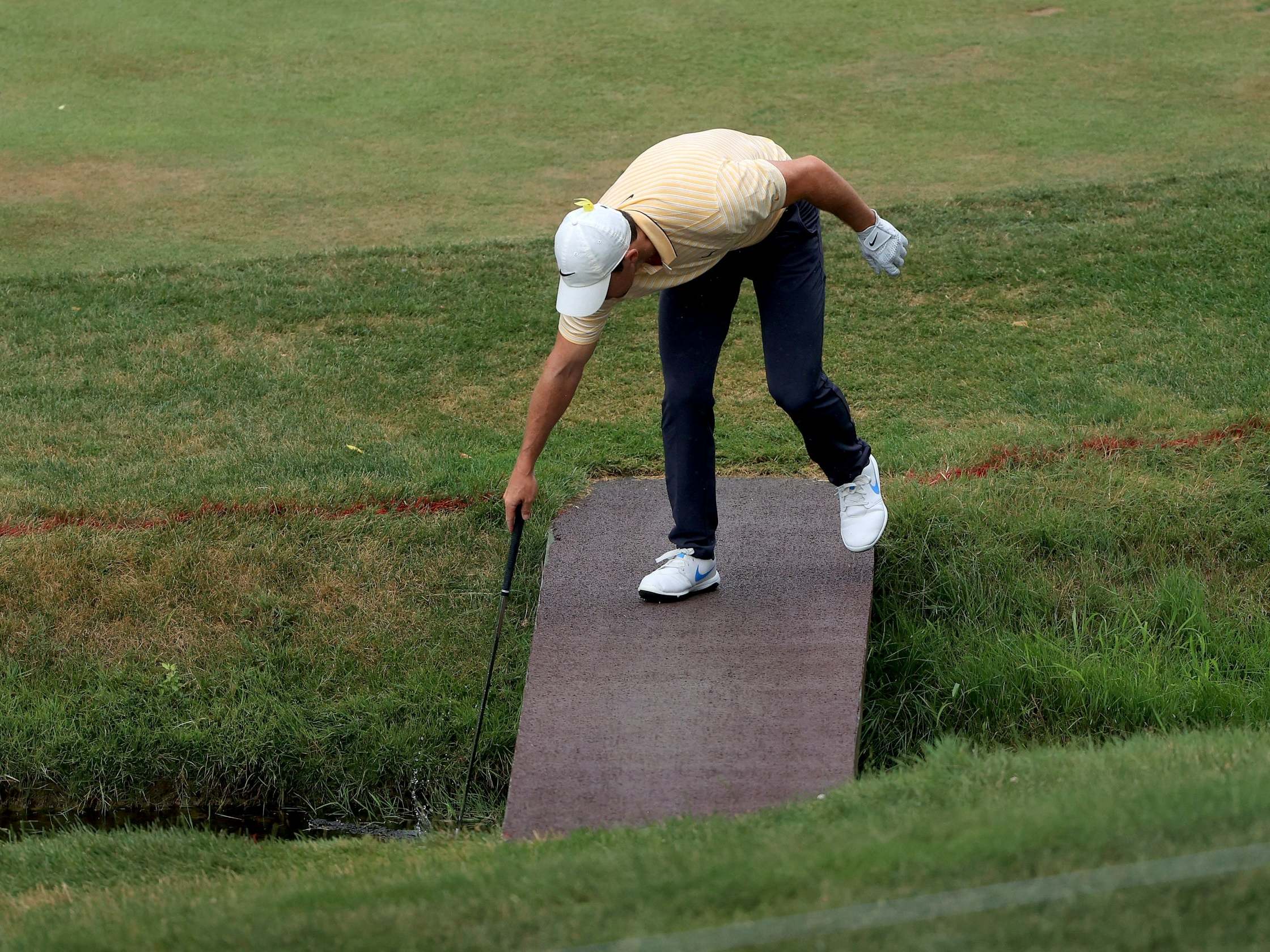 Rahm was unaware of that penalty and, after Palmer bogeyed the 17th, walked to the 18th tee without being told his lead was three strokes, not five.

“As unfortunate as it is to have this happen, it was a great shot, serious,” said Rahm. “What it goes to show is you never know what’s going to happen.

“So I’m glad I grinded those last two up-and-downs because had I missed both of them, plus the penalty stroke, maybe Ryan finishes strong, I would be in a play-off, and I’m glad I finished it off good.

“But it did move, so I’ll accept the penalty, and it still doesn’t change the outcome of the tournament.”