JOS BUTTLER says the new owner of his World Cup- winning shirt will only need to take a sniff to know it is real.

The pale blue top smells of sweat, beer and champagne and is dripping with a multitude of memories for England’s wicket-keeper. 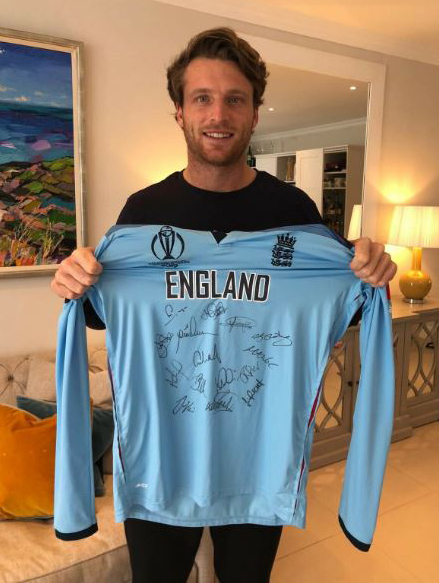 Buttler was wearing the shirt when, at around 7.30pm on July 14, 2019, he removed the bails and completed the run out that tied the super over against
New Zealand and secured England’s dramatic, nerve-shredding victory.

He did not take it off for almost another 12 hours.

Now Buttler, 29, is auctioning his most prized piece of kit in aid of Royal Brompton and Harefield hospitals.

Buttler said: “I always bat in a short-sleeved shirt but I fielded in this long-sleeved one for 50 overs and then the super over. This is the shirt and it smells pretty authentic.

“I took it off around seven o’clock the next morning. They were great times — first, in the dressing room and then we headed back to the hotel bar with everyone still in full kit. So it’s seen it all, that shirt! All the players have autographed it.”

Buttler’s choice of charities was not random — there is a personal connection.

He added: “My wife Louise’s aunt is head of paediatrics at the Royal Brompton. We’ve been to the hospital to see her and the work she does. 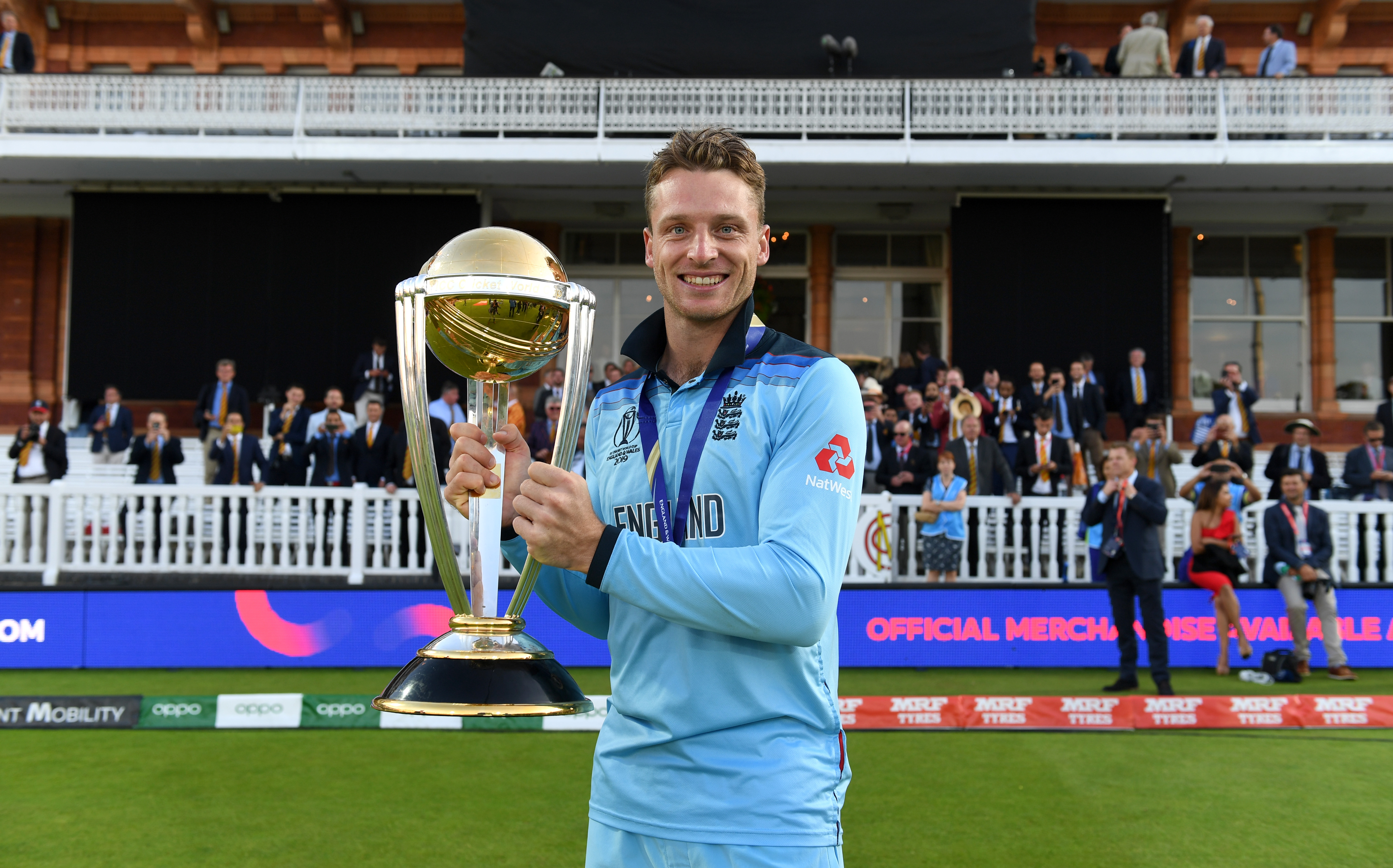 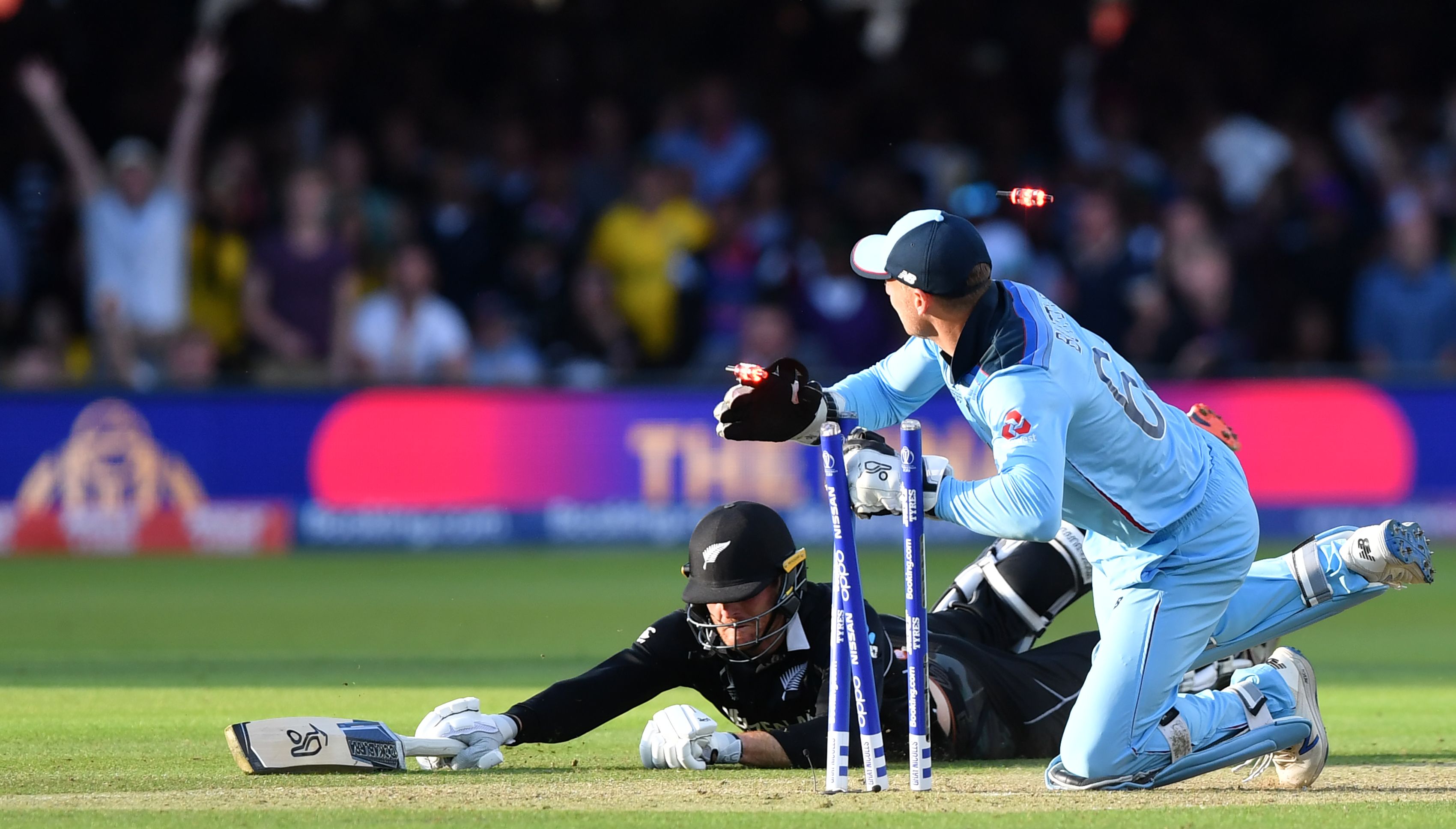 “When this outbreak started, we were asking if there is anything we could do to help.

“She said it’s true what people are saying — the doctors and nurses have been working incredibly long hours and struggling for simple things like snacks and toiletries.

“Myself and a few other England players made a donation on her fund-raising page and they’ve had Waitrose deliveries. So some of the money went to that.

“She also told us about the appeal the hospital had started. They were looking to raise £100,000 to buy emergency equipment.

“So I said we could auction my World Cup shirt to raise some money. Having spoken to people at the hospital, the money can buy an ECMO machine (an Extra Corporeal Membrane Oxygenation machine) which provides life support to the seriously ill.

“Specifically, ECMO infuses oxygen into the blood and removes carbon dioxide. It can also provide blood flow support which is vital — not just for Covid-19 patients but all heart and lung patients.

“The Royal Brompton is one of only five ECMO centres in the UK so it’s going to be a big thing for them. There’s a day left on the auction so hopefully we can raise a bit more.”

Buttler said: “I’m not a massive collector of memorabilia. The only other really special thing I have is the bat I used in the final. 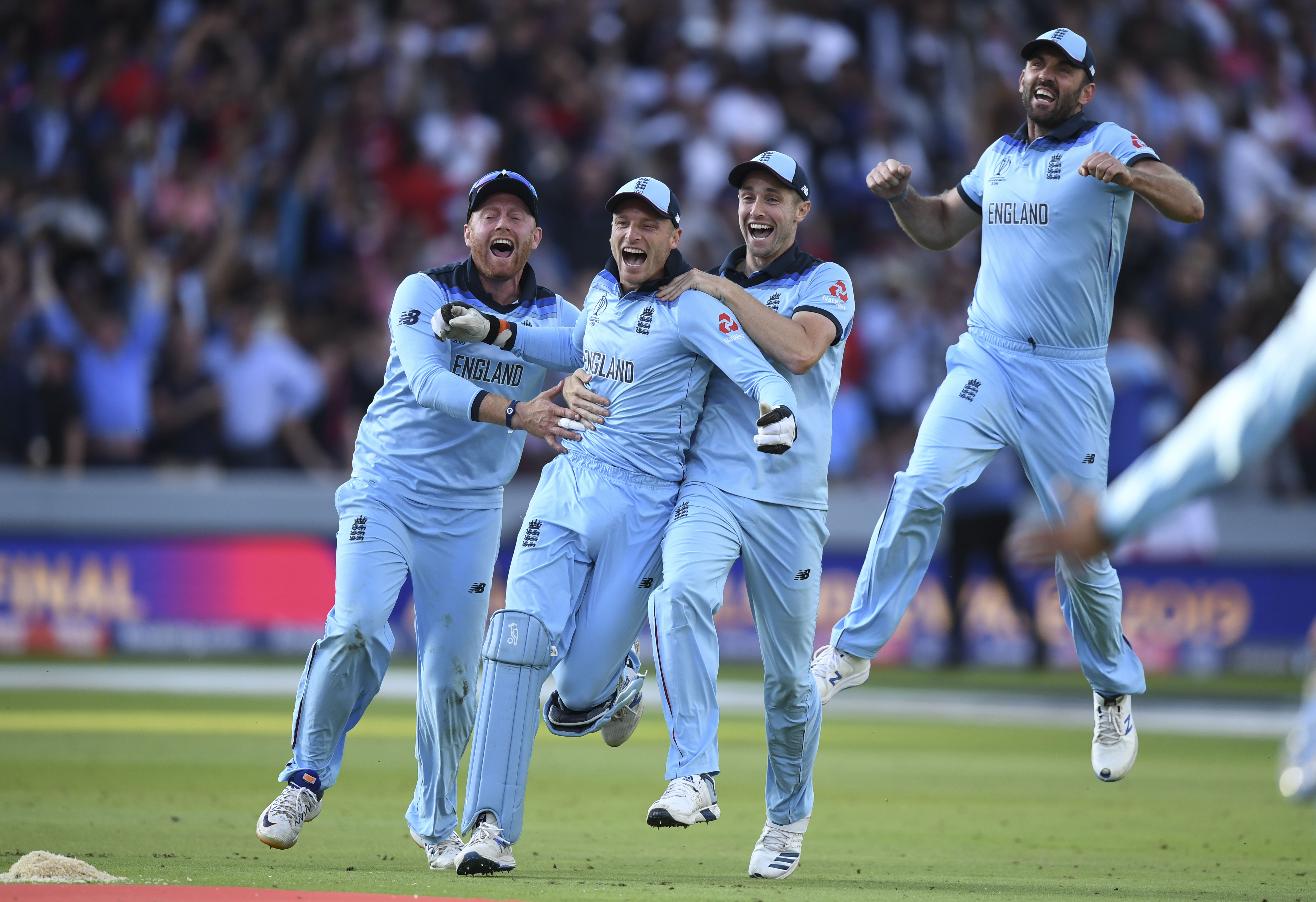 I think the players are aware of the effect Covid-19 has had on sport. And we’re aware of our duty as players to contribute where we can."

“The fashion in which the World Cup was won and how the drama unfolded means the shirt carries a story. It just felt like a good thing to do and a great way to help.”

As an all-format player earning almost £1million-a-year from his central contract, Buttler will be one of the highest contributors to the players’ pledge last week of £500,000 to the ECB and various good causes.

He would like the money to go to grass-roots cricket rather than help prop up something like the controversial new Hundred event.

Buttler added: “I think the players are aware of the effect Covid-19 has had on sport. And we’re aware of our duty as players to contribute where we can. We needed to do something.

“There are so many areas that will be affected such as grass roots, youth coaching and disability sports. I think the players would love the money to go towards that grass-roots community stuff.

“As players, we’re aware of the impact this will have drip-feeding down into the game. Without grass-roots cricket, we’re nothing, really.”

Buttler is having several unscheduled months at home with his wife and baby daughter following the cancellation of England’s tour of Sri Lanka and the Indian Premier League.

But, like the rest of the nation, he wants sport to resume, even if initially it is behind closed doors.

Buttler said: “It would be strange playing without a crowd because the atmosphere is one of the big buzzes you get from international sport. But I think people would like to watch on TV. They’d be ready to watch.

“It would be nice for people who have been in isolation and lockdown for a long time to see their heroes and role models back on TV.”