Karen Carney column: The most important goals of my career

Former Chelsea and England midfielder Karen Carney, who retired after helping the Lionesses reach the World Cup semi-finals last year, is writing columns for the BBC Sport website, working on Radio 5 Live and featuring on BBC TV during the 2019-20 season.

A late winner at the European Championship, my first World Cup goal and a double for Birmingham in a relegation scrap are among the most special goals I have scored in my career.

All the goals had meaning behind them. They are probably not the greatest I’ve scored but they meant a lot to me, my country and the clubs I represented. Here’s why… 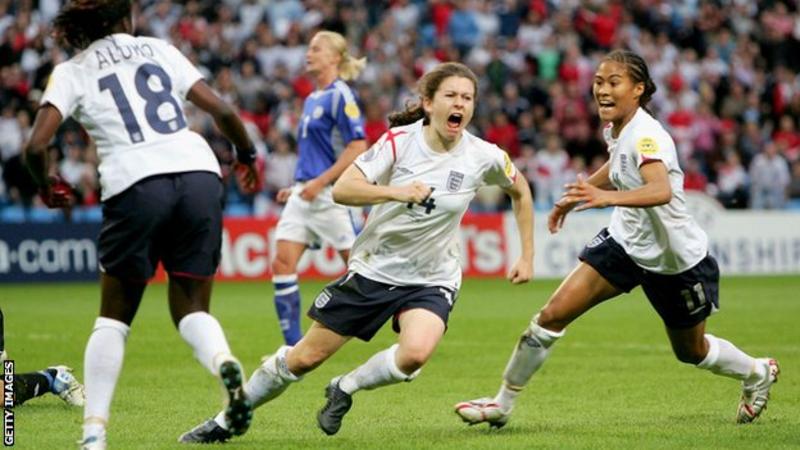 This was emotional for me. My mum wasn’t very well at the time and it was my first tournament in front of a home crowd at the age of 17. It was a big personal moment and it put me on people’s radar.

It was late on in the game and we were really going for it. I played a through ball and thought Eniola Aluko was going to score. The keeper made a great save. Usually I don’t follow things up but I did this time.

I don’t know how I managed to avoid the defenders chasing back towards the line, but thankfully it went in. The celebrations were mad too. I remember slipping over and Rachel Yankey tried to catch me. It was probably the first time in my career that she didn’t!

It gave the team a lot of confidence because it was our first win in the tournament. About 30,000 people were in the crowd at Etihad Stadium too so it was a big moment for women’s football. 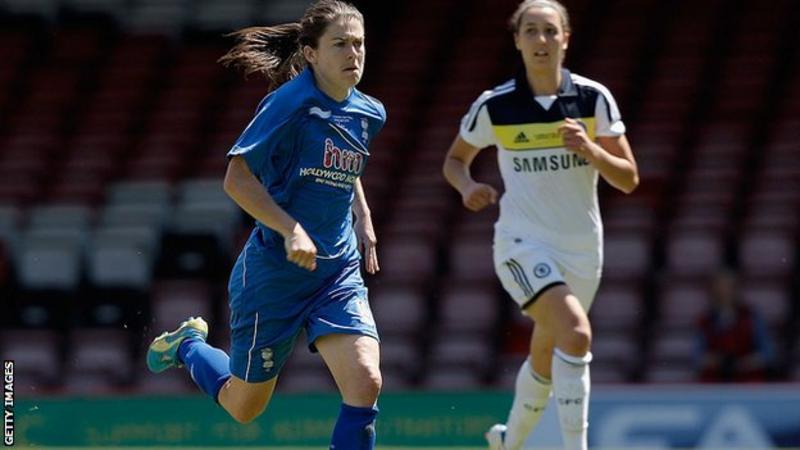 This is one of my most special goals because of how much Birmingham City mean to me. I started my career there at the age of 11 and it was a dream of mine to win the FA Cup. To achieve that was so special.

The free-kick took the game to a penalty shootout, which we won. The goal, a set-piece, was one we had practised. We knew Chelsea goalkeeper Carly Telford would line the wall up herself and it gave us an opportunity, if the referee allowed us to take the free-kick quickly.

I remember Jo Potter, my team-mate, saying: ‘Go on, do it now!’ I probably forgot half the time what the plan was!

I feel as if the team delivered something to the city of Birmingham – something that will forever be in the club’s history. 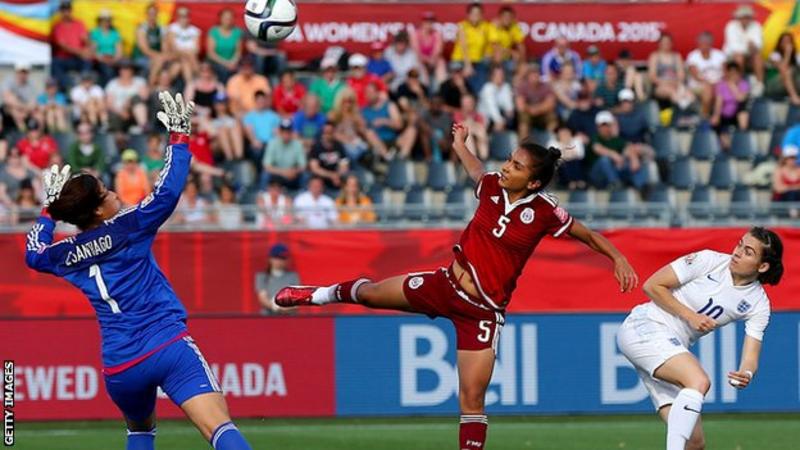 To score my first goal at a World Cup with my head was pretty funny as I’m useless usually. It was important in the end because Mexico got one back so we needed that two-goal cushion. We had lost the first game in the tournament and confidence wasn’t where it had been.

I remember having the conversation with our manager Mark Sampson that I wasn’t going to start the first two games. I had started the majority of the games in the build-up to the World Cup so to not be a part of them knocked my confidence and was upsetting.

But rotation was our weapon and it kept you on your toes. Every player was key in that tournament.

I came on as a substitute in this game, so even though it’s not the greatest goal, it was a big one for me personally and it helped relax the rest of the team.

My mum and dad told me I was offside when I scored it! 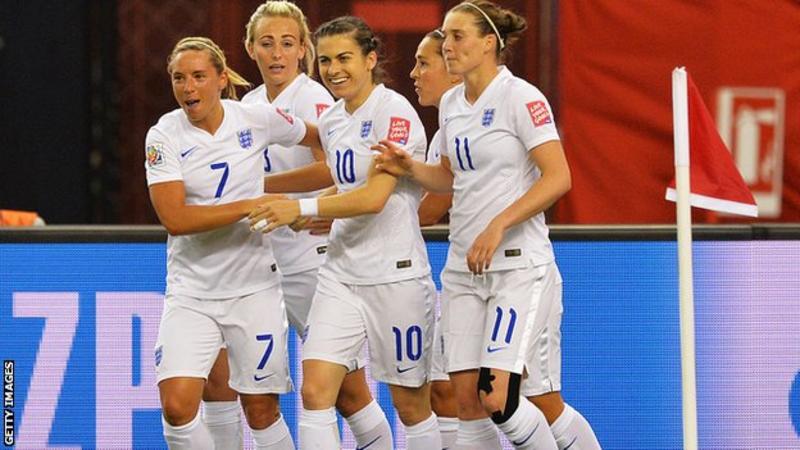 The detail that went into the set-pieces was key again for this goal. It was important for me because it was my second goal in as many games and it gave me that confidence after not starting the opening two games.

Scoring the first goal in a big game like that is really important. It was a massive relief for the team. It set us up for victory and we carried that momentum throughout the tournament.

Nothing compares to scoring for your country. It’s hard to describe. Every time I think about it, I think about the badge and what it means. It’s a wonderful experience.

We went on to win bronze in that tournament, which meant there was a big influx of investment afterwards, enabling the game in this country to become professional.

I don’t think we really realised the impact it had when we were in Canada because of the time distance. It only hit me when I got home and went to surprise my niece, who was at primary school. I had a jacket on and my medal hidden underneath but when I walked into the playground I got mobbed!

That was the moment I thought, ‘wow’. That was when I realised we were more than just footballers. 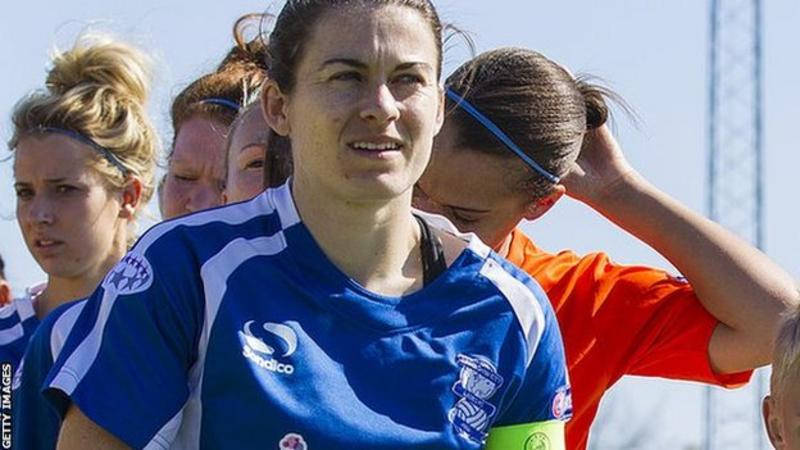 We were the bottom two teams in the league, so this was huge – because whoever won would be pretty much safe.

I also knew I was leaving Birmingham at the end of the season because my contract was up. I was captain, so it was important to me that if was going to leave, Birmingham remained in the WSL. There was a lot of pressure to deliver.

I scored our second goal from the spot just before half-time. I was confident the keeper would dive. There was no way, given what was at stake in that game that she would stand still. So I put it straight down the middle and thankfully it worked.

It felt like a turning point because we went into the changing rooms as high as a kite while Bristol were probably deflated.

The second penalty was more difficult. You’re feeling more indecisive. I changed my technique and side-footed it in, just in front of the Birmingham fans. Everyone knew then that we were staying in the WSL for another season.