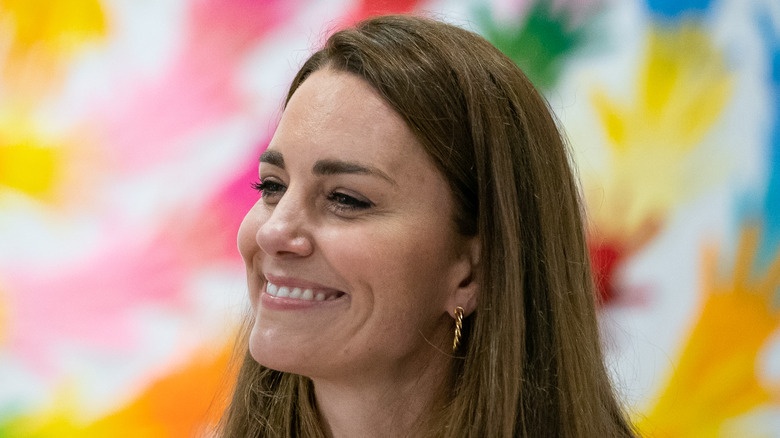 Just last week, Prince Harry and Meghan Markle welcomed their second child and first daughter Lilibet Diana Mountbatten-Windsor on June 4. Her birth came amid a tumultuous period for the royal family, who have faced allegations of racism and neglect brought forward by Prince Harry and Meghan Markle, per CNN. Earlier today, during an appearance at the G7 summit alongside First Lady Jill Biden, aunt Kate Middleton told reporters that she had yet to meet the latest addition to the royal family. “I wish her all the very best, I can’t wait to meet her because we haven’t yet met her yet, so hopefully that will be soon,” Middleton told reporters, according to Daily Mail. Middleton also admitted that she had yet to meet her niece over FaceTime. The Duchess of Cambridge met the first lady for the first time at Connor Downs Academy in Cornwall, Great Britain for the G7 summit. The pair toured a classroom and spoke to children at the school.

The birth of their daughter comes approximately a year-and-a-half after Prince Harry and Markle stepped down from their royal roles and made the move to California. While appearing on a television special with Oprah Winfrey In March, the couple revealed that they faced racism and neglect while performing their royal duties. During that interview, Markle recounted a time in which Middleton made her cry over an issue surrounding dresses for Markle’s flower girls during her wedding, per Daily Mail. Middleton and Markle both claim that they have forgiven one another for any misunderstanding. 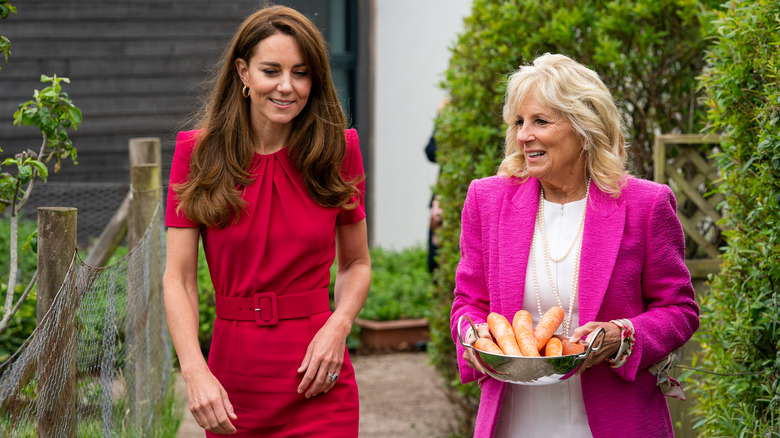 Though Prince Harry and Meghan Markle did not announce the birth of Lilibet Diana Mountbatten-Windsor through Buckingham Palace, which is customary for members of the royal family, sources told Page Six that the couple did immediately call Queen Elizabeth II, Prince Charles, and Prince William to share the news. Prince William and Kate Middleton posted their personal congratulations to the couple on their social media profiles. “We are all delighted by the happy news of the arrival of baby Lili,” the couple wrote in a post on their official Instagram profile on June 4. “Congratulations to Harry, Meghan, and Archie.” According to Us Weekly, Prince William and Middleton sent Lilibet Diana a gift as well.

Buckingham Palace also sent out its own message of congratulations on behalf of Queen Elizabeth II, Prince Charles and Camilla, Duchess of Cornwall, and Prince William and Middleton. “The Queen, The Prince of Wales and The Duchess of Cornwall, and The Duke and Duchess of Cambridge have been informed and are delighted with the news of the birth of a daughter for The Duke and Duchess of Sussex,” a Buckingham Palace spokesperson released on Sunday, according to Page Six. It is unclear when members of the royal family will finally meet Lilibet Diana in person.