Katie Holmes looks down in the frumps after Emilio Vitolo Jr. split

Katie Holmes and Emilio Vitolo Jr.’s romance is fizzling out

The couple officially split two weeks ago, we’re told — soon after we reported their romance was fizzling out.

Vitolo, a budding actor who works at his family’s Italian eatery in Soho, has recently been spotted on celebrity dating site Raya, which vets its high-profile users.

A source told us: “It’s not just Raya — he’s on a bunch of other dating apps too.

“He didn’t exactly hide the fact that he’s broken up from Katie.”

“Katie has a lot of big priorities in her life — she’s a single mom, her daughter [Suri] always comes first and things were moving very fast,” the source added.

The ex couple were first spotted smooching during a date at Vitolo’s family restaurant, Emilio’s Ballato.

But, as we revealed, it turned out that he’d broken his engagement to designer Rachel Emmons on the same day that he was first pictured with Holmes. 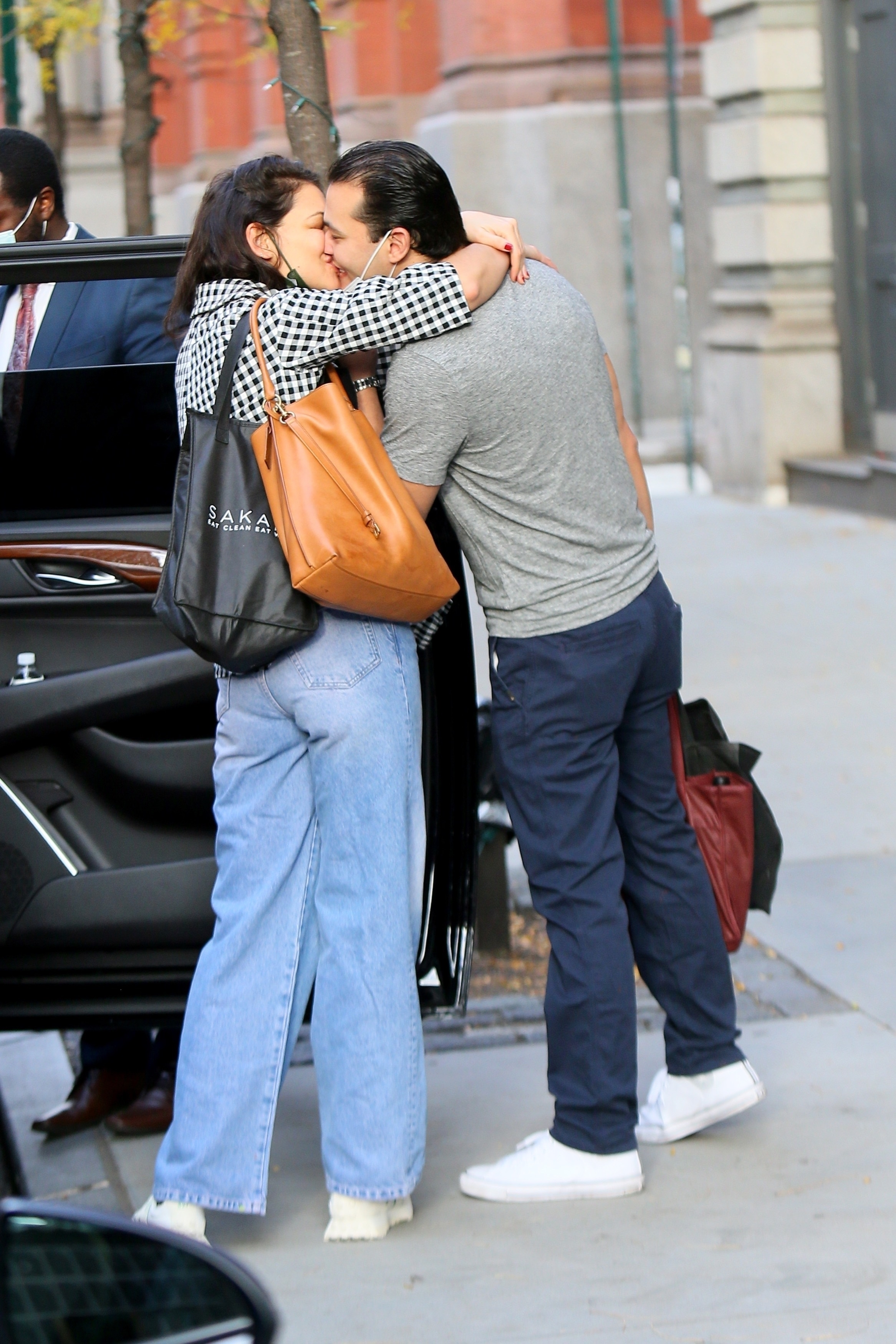 The pair were first snapped together on Sept. 1 at the Soho restaurant Antique Garage.

But that same day, according to an insider, Vitolo sent Emmons a breakup text. The two were together for nearly two years and got engaged in February 2019, later flying to Italy to look at wedding venues.

Just a week before the breakup, Vitolo celebrated his birthday at a party thrown by Emmons at Lower East Side restaurant Balzem. A photo shows him beaming with Emmons by his side, her engagement ring on full display.

“Rachel moved out of their apartment on September 2 with only what she could carry with her,” said the insider. “She left her engagement ring and all her furniture behind.

“She then saw the photos of Emilio and Katie as she was flying home to Oklahoma.” Emmons is believed to be back in the city.

Holmes previously dated Jamie Foxx, but they broke off their private romance in August 2019 after six years together.

Holmes shares Suri with ex-husband Tom Cruise, to whom she was married from 2006 to 2012.

Reps for Holmes and Vitolo were unavailable.