Kellogg describes strike at US cereal plants as 'grossly misrepresented'

Kellogg Company publicly addressed the ongoing strike at its U.S. cereal plants Tuesday in a new video Tuesday, claiming that its contract proposals have been "grossly misrepresented."

Last week, around 1,400 workers at Kellogg Co.’s U.S. cereal plants walked off the job – threatening production of its iconic cereals – after negotiations with the company over pay and benefits hit a deadlock.

Kellogg said that its "number one priority is to get back to the negotiations table and reach a contract" and it has been forced to continue "operations with other resources" to try and mitigate any supply disruptions.

In order to do so, the company reiterated the terms of its labor contract negotiations with the Bakery, Confectionery, Tobacco Workers and Grain Millers International Union (BCTGM) for four of its ready-to-eat cereal plants. 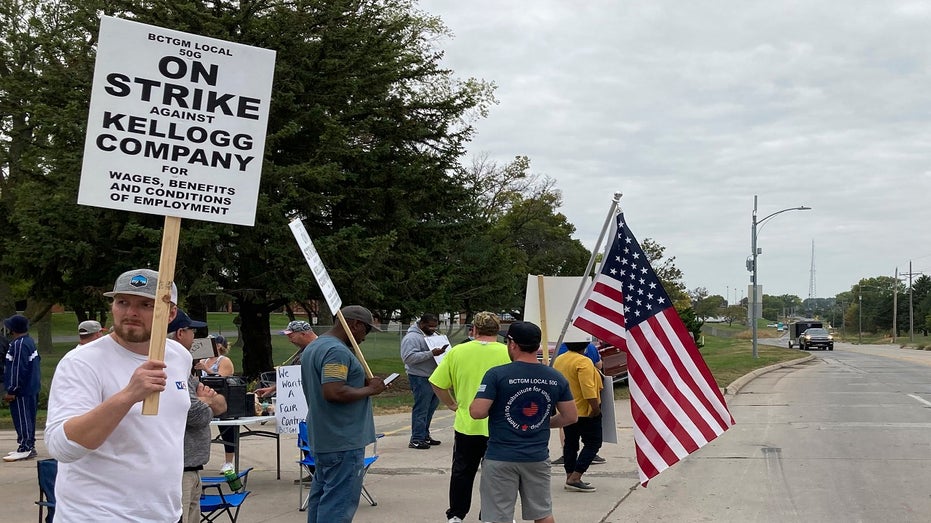 "Our proposals have been grossly misrepresented by the Union in statements to their membership and to media, and we want our employees to have all the information they need to make informed decisions for themselves and their families," Kellogg spokesperson Kris Bahner said in a statement.

The dispute involves an assortment of pay and benefit issues such as the loss premium health care, holiday and vacation pay and reduced retirement benefits.

However, in its latest announcement, Kellog dismissed claims from Anthony Shelton, president of BCTGM, that Kelloggs is asking employees to give up health care, retirement benefits and holiday and vacation pay.

It also dismissed Shelton's claims that the union is forced to work "seven days a week with significant amounts of overtime" and that the company will move jobs to Mexico if they don't agree to our proposals.

The company insists that its offer is fair and would increase wages and benefits for its employees that it said made an average of $120,000 a year last year.

Kellogg also said that most of its employees have unparalleled, no-cost comprehensive health insurance" and its manufacturing employees worked an average of 52 to 56 hours per week in 2020 although "90% of the time, employees volunteered for the extra hours."

"We are disappointed by the union’s decision to strike. Kellogg provides compensation and benefits for our U.S. ready to eat cereal employees that are among the industry’s best," Bahner said in an earlier statement.