One of the more recognizable names on Team USA from the past few Summer Olympics will not be heading to the Tokyo Games this July.

For Walsh Jennings, 42, it could be the final chapter of a storied career she built alongside Misty May-Treanor; the duo won three consecutive gold medals (2004, 2008, 2012) on the sand.

Americans Kelly Claes and Sarah Sponcil passed Walsh Jennings and Sweat for the second U.S. spot in the 2020 Olympics. April Ross — Walsh Jennings' partner from the 2016 Rio Games, where the pair won bronze — and her teammate Alix Klineman are the top U.S. team and are considered medal contenders. 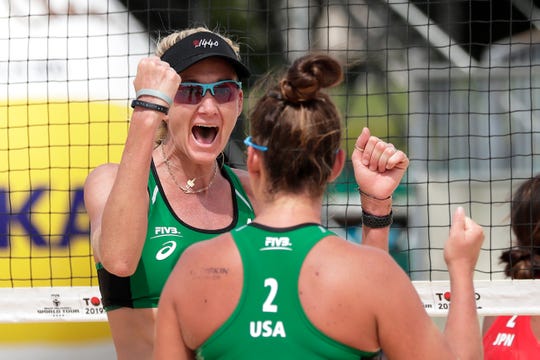 Walsh Jennings also came under fire during the pandemic for publicizing controversial stances on mask-wearing.