"Be too sweet and you'll be a goner / Yeah, I'll pull a Jeffrey Dahmer"

Pebe Sebert is responding to the controversy over her daughter Kesha’s decade-old song “Cannibal” which features a lyrical name-drop for Jeffrey Dahmer.

The criticism comes after Netflix released their series “Monster: The Jeffrey Dahmer Story,” which has many questioning media depictions of the infamous serial killer.

Facing the controversy head-on, Sebert took to TikTok with a video attempting to explain why the cannibal was mentioned in the 2010 song.

She started off with the caption: “Some context on the lyric that’s bothering people 12 years later. All opinions are valid. Not meant to shut anyone down, just more info.”

“The whole Jeffrey Dahmer lyric in ‘Cannibal’ is a big controversy right now,” she went on to say in the video. “I thought I’d just say a few things about it because that was my line that I wrote in ‘Cannibal.'”

“At the time, Kesha and the other writer were too young to even know who Jeffrey Dahmer was,” she continued. “Literally, the way it happened is I have this rhyming program called Master Writer for Songwriters. We were looking for a rhyme for ‘goner,’ at the very end of the widest rhymes was Jeffrey Dahmer. I was like, ‘Oh, my God, that’s a perfect lyric.'”

“Not to be insensitive to anybody whose families were involved in this and lost loved ones,” Sebert said. “At the time, it was a song that we were writing about Kesha. It was a tongue-in-cheek funny song. It was not actually about cannibalism. It was just a title.” 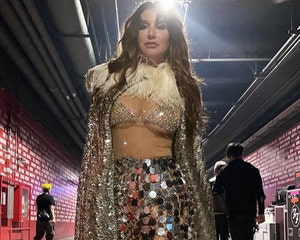 “I’m sorry for anyone who’s lost a family member in this tragedy,” she apologized. “We certainly never meant to hurt anybody or make anybody feel bad. There’s a [show] out right now that’s kind of bringing attention back. The song’s been out for more than 10 years, probably almost 12 years. This is not something that we’ve recently written.”

The lyric in question goes: “Be too sweet and you’ll be a goner / Yeah, I’ll pull a Jeffrey Dahmer”

Meanwhile, the series has been slammed by the family of one of Jeffrey Dahmer’s victims, Errol Lindsey, whose sister Rita Isbell gave a rage-fueled impact statement during Dahmer’s trial which was recreated for the show, with Isbell being portrayed by actress DaShawn Barnes.

However, while speaking with Insider, the real Rita Isbell claimed no one involved with the show reached out to her — and believes the streamer should give some money “to the victim’s children.”

Meanwhile, Eric Perry, who is allegedly Lindsey and Isbell’s cousin, also blasted the series in a Twitter thread, below.

“I’m not telling anyone what to watch, I know true crime media is huge rn, but if you’re actually curious about the victims, my family (the Isbell’s) are pissed about this show,” he wrote. “It’s retraumatizing over and over again, and for what? How many movies/shows/documentaries do we need?”

“Like recreating my cousin having an emotional breakdown in court in the face of the man who tortured and murdered her brother is WILD. WIIIIIILD,” he wrote, adding that his family found out about the series “when everyone else did.”

“So when they say they’re doing this ‘with respect to the victims’ or ‘honoring the dignity of the families,’ no one contacts them,” he added. “My cousins wake up every few months at this point with a bunch of calls and messages and they know there’s another Dahmer show. It’s cruel.”

However, despite the criticism and bad reviews, the show has turned out to be a hit for Netflix. According to Deadline, 196.2 million people watched “Dahmer” within its first week on Netflix, putting it just behind “Stranger Things 4” “Squid Game,” “All of Us Are Dead” and “Bridgerton” Season 2. 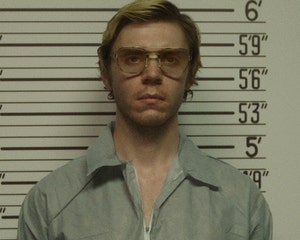